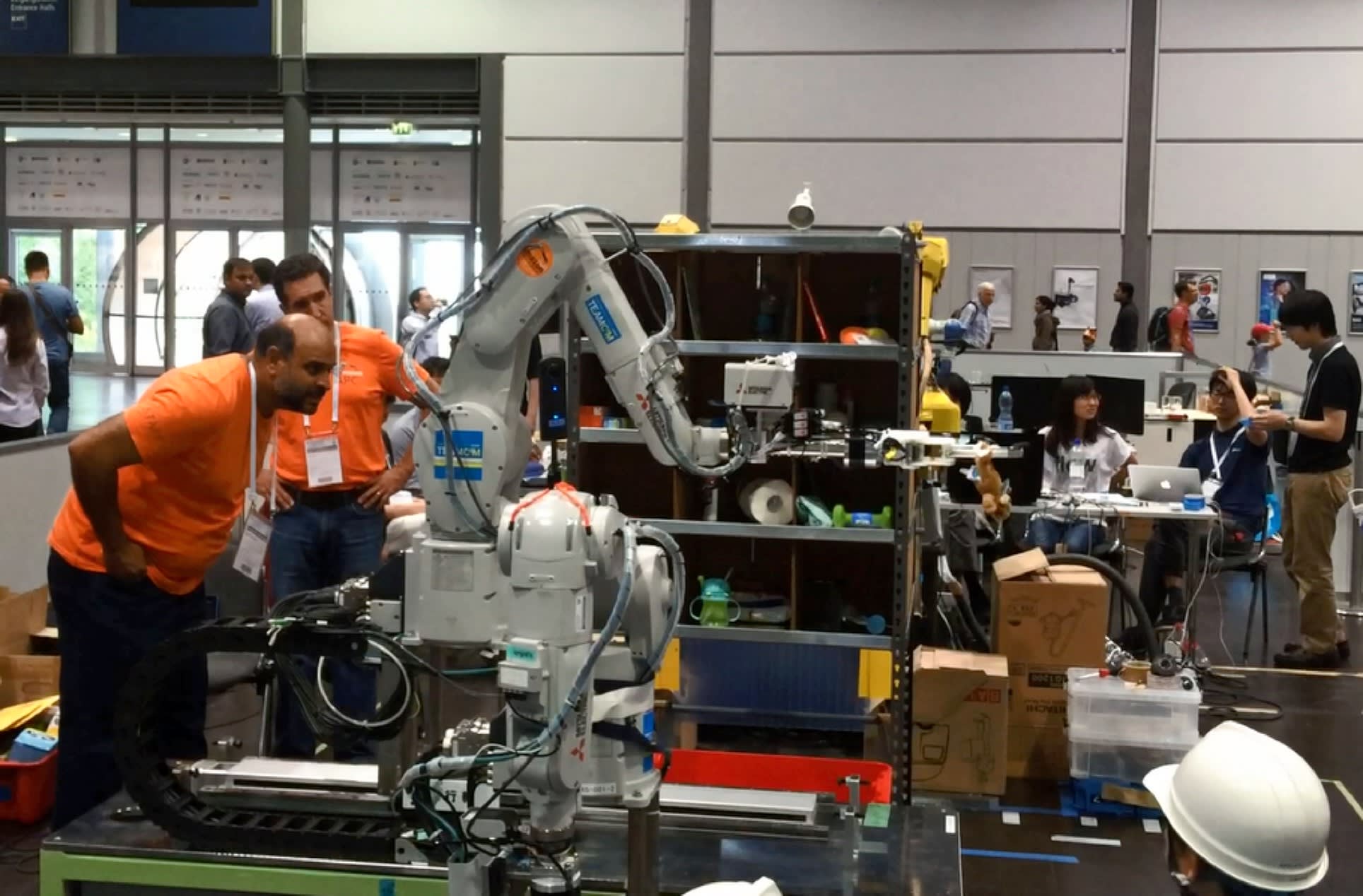 TOKYO -- By employing artificial intelligence to support and improve existing businesses, Mitsubishi Electric is taking an unusually practical approach in a field marked by flights of fancy -- a distinction that could let the company profit from the technology far sooner than rivals.

Mitsubishi Electric will put elements of AI to work in driver-assist systems as early as the year ending March 2018, the company said Friday. The systems will monitor the driver's face and heartbeat, as well as steering wheel movements, to warn of sleepiness.

In factory automation, readings of motor noise and temperature can help predict breakdowns. Mitsubishi Electric's business in this area is already booming thanks to heavy demand as companies hook up to the "internet of things." Adding AI functionality should strengthen the business further.

Key to the company's AI strategy is a proprietary system for filtering information needed for analysis. By slashing the necessary computation to 10%, and the time needed to 1%, of existing technologies, the system gives Mitsubishi Electric an edge in the core AI technology of deep learning, where computers learn by processing vast amounts of data.

For Mitsubishi Electric, "AI is merely a way to add value to devices," said Hidetoshi Mishima, a manager at the company's Information Technology R&D Center. That is, AI is a key supporting player -- not the star as it is at other electronics and telecommunications equipment makers. As its peers swing and miss with products promising automated conversation, for example, Mitsubishi Electric remains focused on practical applications.

This character, as well as offerings aimed largely at other businesses, has given Mitsubishi Electric a fairly bland image in Japan's colorful electronics field. But the company is a dependable earner nonetheless. Return on equity came to a solid 12.4% in fiscal 2015. Mitsubishi Electric has surpassed Hitachi to become No. 1 in the heavy electrical equipment field by market capitalization. The company also has 23 executives earning 100 million yen ($942,300) or more -- the most of any Japanese enterprise.

Mitsubishi Electric's strength lies in its assortment of operations where newcomers are relatively few and earnings remain stable year after year, such as factory automation, ventilation and elevators. After the bursting of the IT bubble led to a roughly 70 billion yen operating loss for fiscal 2001, the company pulled out of memory chips and mobile phones, shifting focus to automation devices and autoparts. This let Mitsubishi Electric sail through the following slump in the home electronics market mostly unscathed, even as peers became mired in red ink.

A new fever seems to be emerging now. Companies are starting to push products promising AI that can hold a conversation, sense emotion or make business decisions. But actual performance often fails to measure up in real-world situations. Even if computers have surpassed humans at certain tasks, the technology overall has made only baby steps, said Stephan Eichenseher, public relations manager at Amazon.com's German unit. While it may not be particularly eye-catching, Mitsubishi Electric's down-to-earth approach holds a good deal of promise as competitors become intoxicated by distant possibilities.