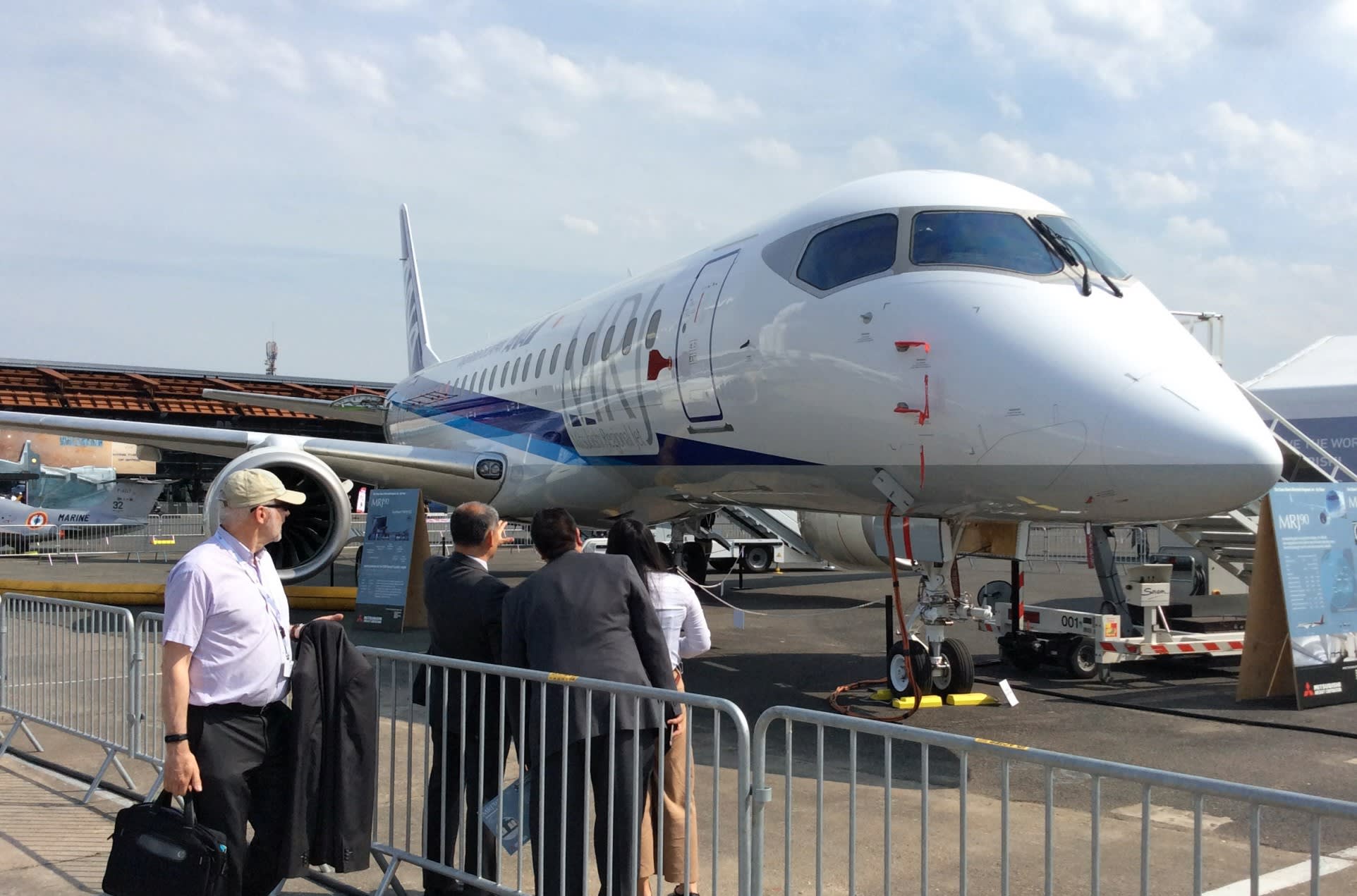 TOKYO -- After repeatedly missing promised delivery dates, Mitsubishi Aircraft lost an order for 40 Mitsubishi Regional Jets from U.S. carrier Eastern Air Lines in January. Since then, other customers have said nothing, but the situation looks grim for the Japanese company.

The plane maker, a unit of Mitsubishi Heavy Industries, has to clear a number of hurdles if it is to hold on to orders for more than 400 aircraft, including additional purchase options.

Mitsubishi Aircraft now expects to hand over the first MRJ to Japan's ANA Holdings in 2020, seven years behind schedule. Delivery of the plane has been postponed five times.

The MRJ, Japan's first homegrown passenger jet in nearly half a century, made its maiden flight test in 2015, but the aircraft's design has still not been certified safe by aviation authorities, including the U.S. Federal Aviation Administration. Even if Mitsubishi Aircraft manages to roll out the plane by 2020, it may not be able to meet future delivery deadlines.

Delays are common in the development of new planes. All Nippon Airways placed an order in 2004 as a launch customer for Boeing's 787, with delivery scheduled for 2008. It did not receive its first jet until 2011. Sales contracts typically have provisions for missed delivery dates, including penalties payable to customers. Aircraft manufacturers are often required to compensate airlines for failing to maintain schedule commitments, in some cases as soon as it becomes clear that a delay will occur.

While they were waiting for their 787s, Boeing offered other jets to affected airlines at bargain prices. Mitsubishi Aircraft does not have other aircraft to offer. Although the Japanese company has declined to comment on individual contracts, it is likely to have already paid compensation to customers. 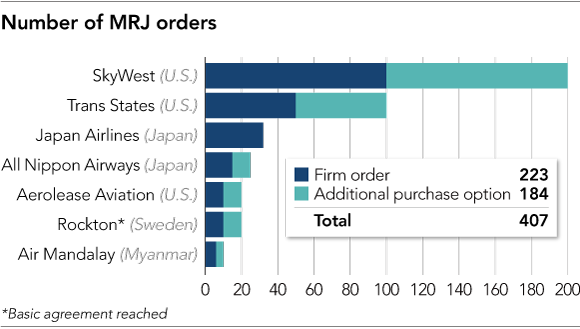 Following the cancellation from Eastern Air Lines, the total number of MRJ orders has fallen to 407, including planes for which there is a basic agreement to buy, but no firm commitment. The MRJ lists for about 5 billion yen ($46.8 million). Based on that price, the cancellation has cost Mitsubishi Aircraft nearly 200 billion yen.

SkyWest, the American carrier that operates a worldwide network of flights, including regional routes with United Airlines and other partners, has an order for 100 MRJs with an option to buy 100 more. If that order is nixed, it will be a huge blow to the Japanese company.

Despite the uncertainty, Eastern Air Lines' decision has not triggered a wave of cancellations from other carriers. One source at an aircraft parts maker speculates that the airlines may be content to continue receiving compensation for delayed deliveries.

At the same time, some of Mitsubishi Aircraft's customers are hedging their bets. Last year, SkyWest placed additional orders for 45 E-175 jets, a 70-seat plane in the same class as the MRJ, made by Embraer of Brazil.

Mitsubishi Aircraft's inability to stick to the delivery timetable is, in effect, helping airlines buy aircraft from its rivals, said one observer.