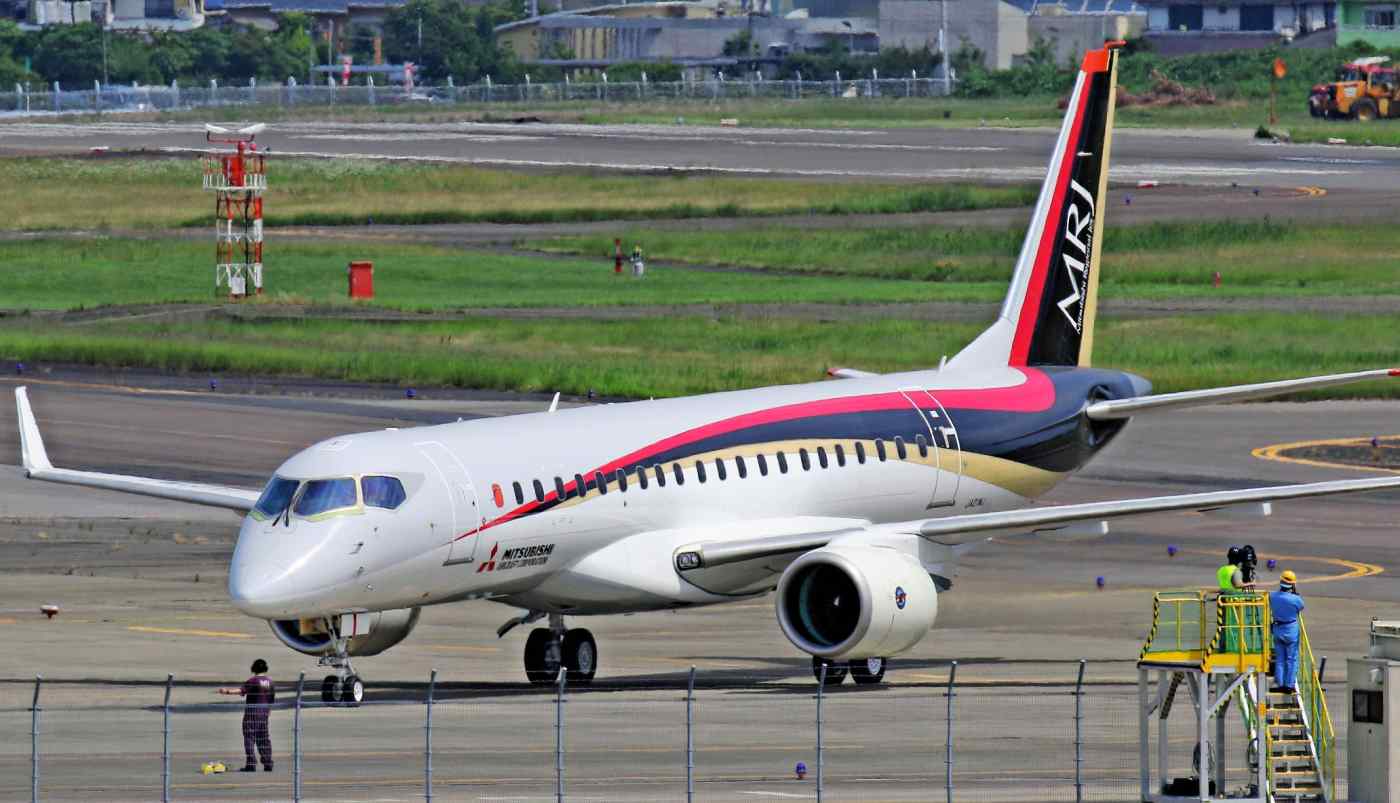 TOKYO -- Mitsubishi Heavy Industries is considering merging its production of parts for Boeing aircraft with a unit's output of the Mitsubishi Regional Jet, Japan's first homegrown modern airliner set for first delivery in mid-2020 after many years of delay.

The MRJ is designed, developed and to be sold by subsidiary Mitsubishi Aircraft, which also will provide customer support. But prototypes of the airplane are being built by the parent's dedicated division, and creating a framework for mass production after the 2020 debut has been a pressing issue.

"Building the MRJ and Boeing airframes separately would require two sets of management systems, which will have overlapping administrative resources," President and CEO Shunichi Miyanaga said in an interview with Nikkei and other media organizations. "We want to combine these aspects of the business," he said, also noting that such a move would require Boeing's consent.

Mitsubishi Heavy manufactures wings and other components for the U.S. aerospace giant.

Mitsubishi Heavy recently gave Mitsubishi Aircraft a financial support package of 220 billion yen ($1.94 billion), providing about 170 billion yen in fresh capital and waiving loans totaling 50 billion yen. Now that the financially struggling subsidiary has procured enough funds for development for the time being, it apparently is shifting its focus to mass production of the jetliner.

Asked about the recent reports of Mitsubishi Heavy and other members of a private-public consortium abandoning a nuclear power project in Turkey, Miyanaga stated that the Japanese and Turkish governments "have an agreement, and this is not something on which we can make a judgment."

Miyanaga also hinted at further cost cuts at the company's coal-fired power plant business. "We'd better think about countermeasures for when things get a little harder," he said.