Mitsubishi Heavy running behind on another cruise ship 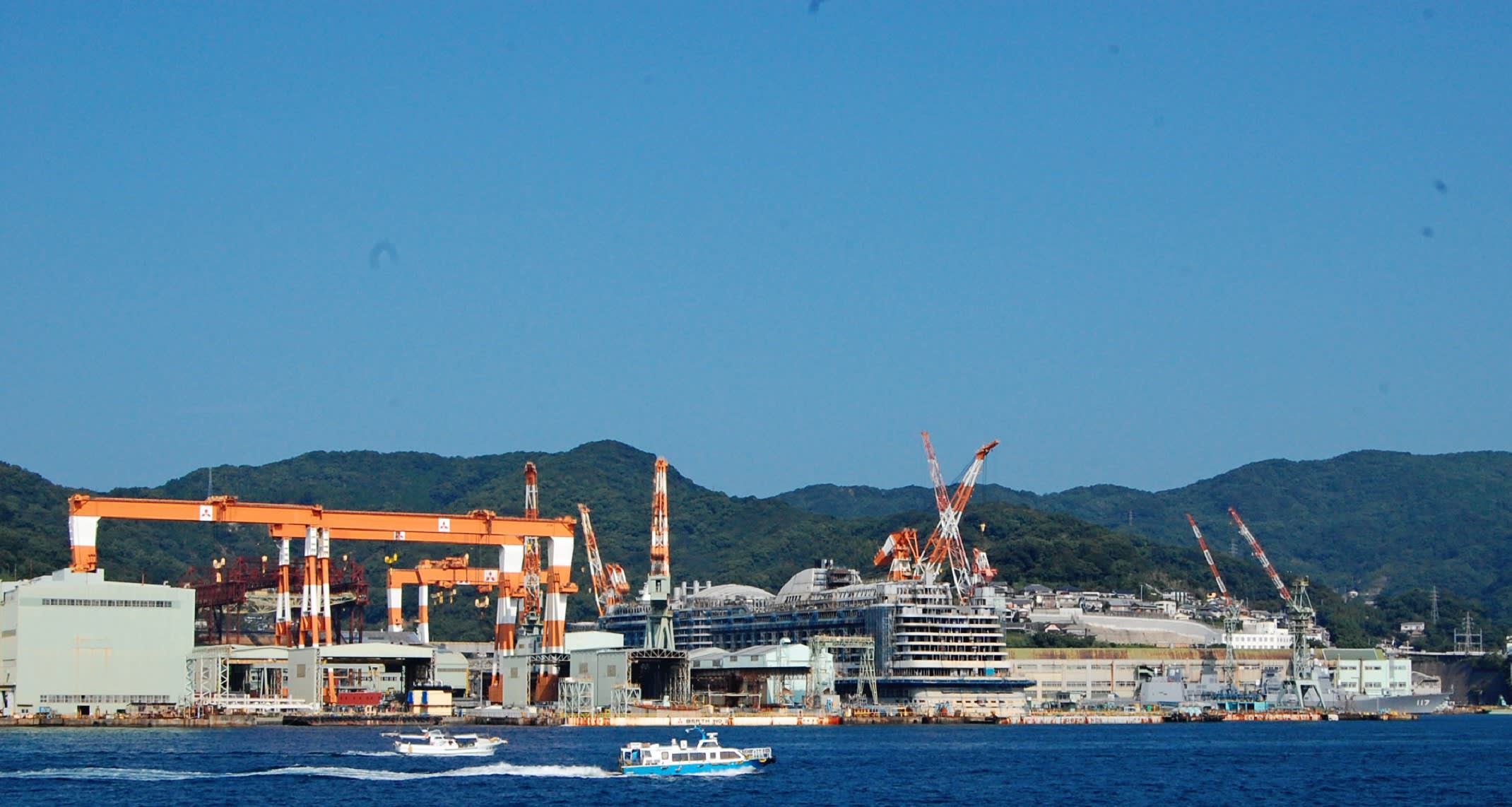 TOKYO -- Mitsubishi Heavy Industries is expected to push back delivery of a cruise liner to a Carnival affiliate by at least half a year, exacerbating potential losses from the project.

The change affects the second of two ships under construction for Aida Cruises at Mitsubishi Heavy's Nagasaki shipyard. Thousands of technicians are working on the vessels.

"We're using know-how gained from [building] the first ship to improve construction methods and logistics management for the second ship," a company official said. This includes implementing systems to keep track of parts and materials, as well as using simple elevators rather than large cranes to get furniture and other items into cabins.

Delivery of the first ship was initially slated for March 2015. But it has already been pushed back three times over such factors as design and specification changes, with no date currently set. Small fires broke out inside twice this month. Mitsubishi Heavy still expects to deliver the vessel by fiscal year-end, saying in a statement that it is "confident that the fire will not affect the ship's first cruise scheduled to begin on April 30."

The schedule changes have kept personnel and other resources from moving over to the second ship as planned, resulting in the expected delay from the original time frame of this coming March.

The order for the two ships likely came to about 100 billion yen ($844 million). Mitsubishi Heavy has booked more than 160 billion yen in related extraordinary losses, including spending on additional personnel and materials. The delay on the second ship has raised concerns that further losses will follow. The company now sees group net profit rising 18% to 130 billion yen this fiscal year.

Demand for new ships, particularly bulk carriers for such cargo as iron ore, has slowed as China's economy has cooled, and competition with Chinese and South Korean rivals is fierce. Mitsubishi Heavy has tried to use cruise ships, a growing market, to generate steady profits. But the business is still not making money because of the repeated delivery delays, which could force the company to rethink its strategy.