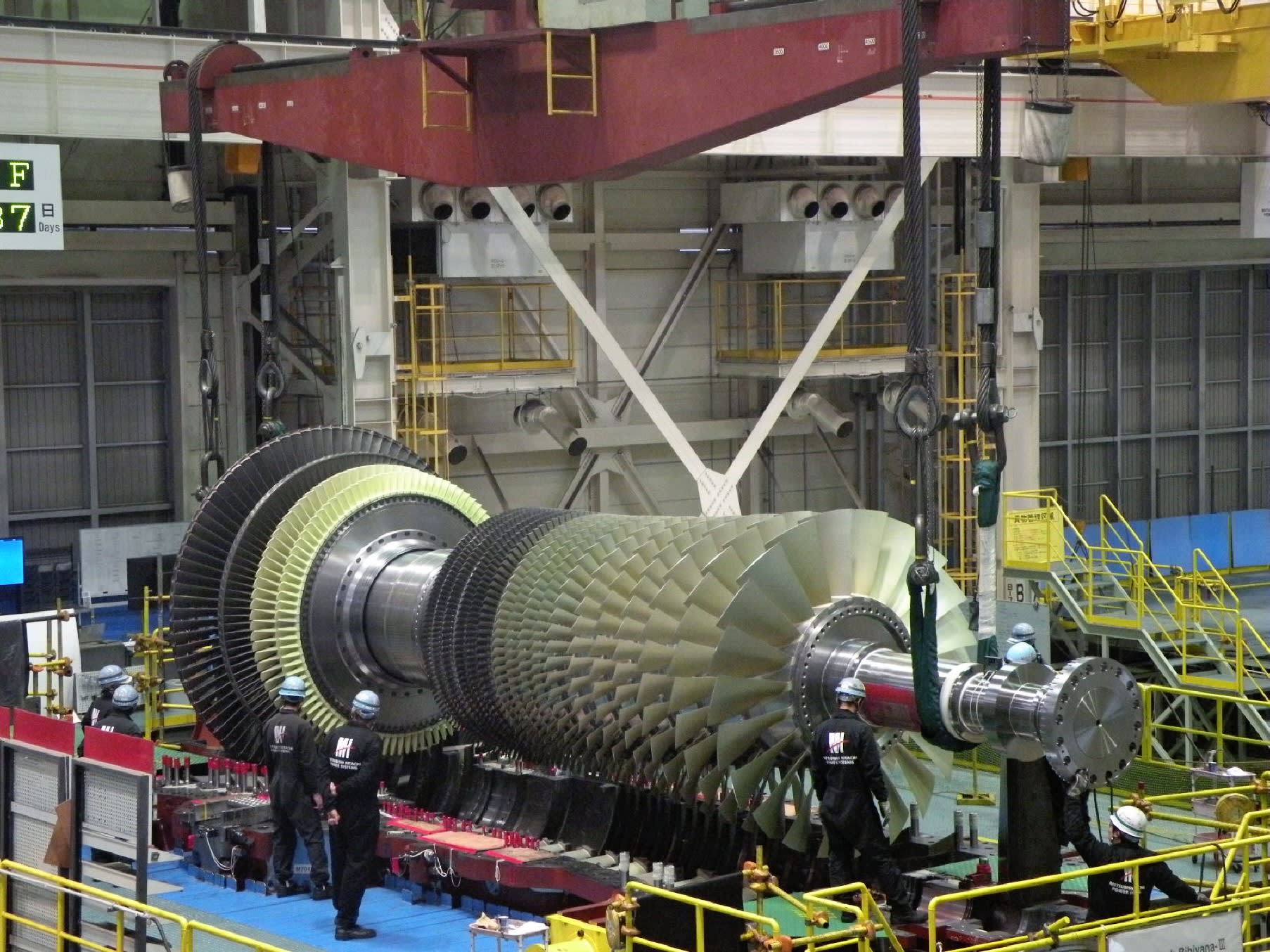 TOKYO -- Mitsubishi Heavy Industries will consolidate plants for fossil-fuel power equipment in Japan and the U.S. to cope with an expected drought in demand amid a broader global shift to clean energy.

With renewable energy gaining traction and environmental regulations growing stronger worldwide, Mitsubishi Heavy expects to exhaust orders for equipment such as steam or gas turbines by 2020. But instead of taking up a more drastic reorganization, the Japanese industrial equipment maker will focus on cutting costs in steps to be laid out May 8 as part of a medium-term management plan.

The changes will center on Mitsubishi Hitachi Power Systems, born in 2014 from integrating the thermal power businesses of Mitsubishi Heavy and compatriot Hitachi -- a relationship that has proven bumpy at times. Mitsubishi Heavy owns 65% of MHPS, which builds steam turbines and other fossil-fuel power equipment.

Manufacturing of combustors and other parts will move from the MHPS factory in the state of Georgia to the company's other U.S. plant in the Florida city of Orlando. The Georgia factory in the city of Savannah will begin shifting away from activities tied to power generation in fiscal 2019, installing facilities to produce industrial machinery. Staff cuts are also under consideration.

Production hubs in Japan had remained untouched "out of consideration for Hitachi," a Mitsubishi Heavy official said. But gas turbine works are slated for consolidation at a Hyogo Prefecture plant. An Ibaraki Prefecture site northeast of Tokyo will handle steam and hydraulic turbines, while a Nagasaki plant focuses on factory equipment. A plant in Yokohama, where MHPS is headquartered, will specialize in repairs and other services for conventional energy machinery.

Mitsubishi Heavy staff freed up in the reshuffling may be channeled toward production of automobile turbochargers or other strong-performing areas for the company. Some MHPS personnel also might be returned to Hitachi. Reorganizing the joint venture's five Japanese plants also could be on the table.

Mitsubishi Heavy President and CEO Shunichi Miyanaga realizes the urgency of the matter. "We cannot survive as things stand now," he said as he made the rounds within the company to convince skeptics to come on board with the restructuring plan.

He positions the revamping of the fossil-fuel power business, which accounts for more than half of operating profit, as the culmination of his long reform efforts.

Though Mitsubishi Heavy enjoys high output thanks to past orders, factory utilization is slated to plummet around 2020 without fresh demand. By that year, global demand for new fossil-fuel power facilities should drop by one-half to two-thirds compared with the roughly 160 gigawatts built in 2015.

International competitors face similar strains. U.S. heavyweight General Electric has announced plans to cut its workforce by 12,000, while Germany's Siemens intends a cut of 6,900, primarily in their power businesses. Though emerging markets should provide some demand in the medium to long term, 2020 may prove a make-or-break moment for Mitsubishi Heavy.

The Japanese company embarked on several restructuring efforts this year, including cutting about 300 people -- or about 30% of the workforce -- at a German MHPS facility.

Mitsubishi Heavy aims to revive demand by offering services such as monitoring power facility operations as well as building efficient next-generation gas turbines. But with demand shifting to clean energy, the jury is still out on whether the company can avoid a more thorough restructuring.