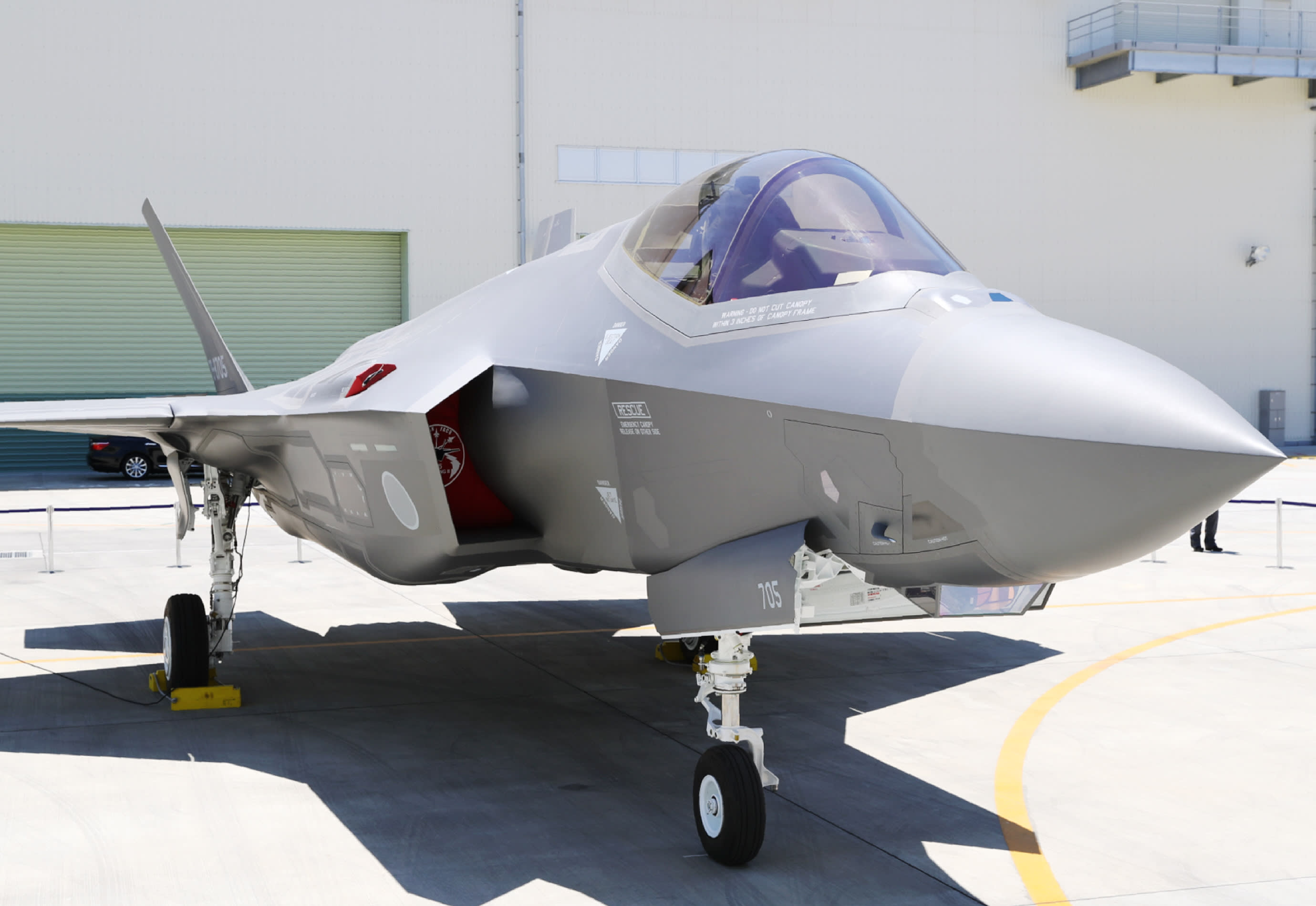 NAGOYA, Japan -- Mitsubishi Heavy Industries and Lockheed Martin unveiled on Monday the first of the F-35A stealth fighter jets to be assembled in Japan for the country's air force.

The Japanese government decided in 2011 to purchase 42 of the fighters as the successor to the F4. Under the agreement, four of them to be built in the U.S. and delivered as finished products, with the remaining 38 to be assembled by Mitsubishi Heavy in Japan under contract with Lockheed. The Japanese group has the task of welding the tail and fuselage and other components together and conducting the testing to confirm the stealthiness of the planes.

The first of those planes, shown off Monday at its Komaki Minami plant near here, will undergo flight-testing in Japan starting in mid-June and then be transferred to the U.S. for additional testing and pilot training. After that, the plane will be deployed to the Misawa Air Base of the Japanese Air Self-Defense Force in northern Japan. The four U.S.-built F-35s were handed over to Japan last year and have been used in training in the U.S.

The cost of the F-35A will differ depending on the procurement schedule, but this first plane assembled in Japan has a price tag of around 14 billion yen ($126 million), according to the Ministry of Defense's Acquisition, Technology & Logistics Agency.

Developed in a joint project among nine countries, including the U.S. and the U.K., the F-35 has advanced radar-evading capabilities.