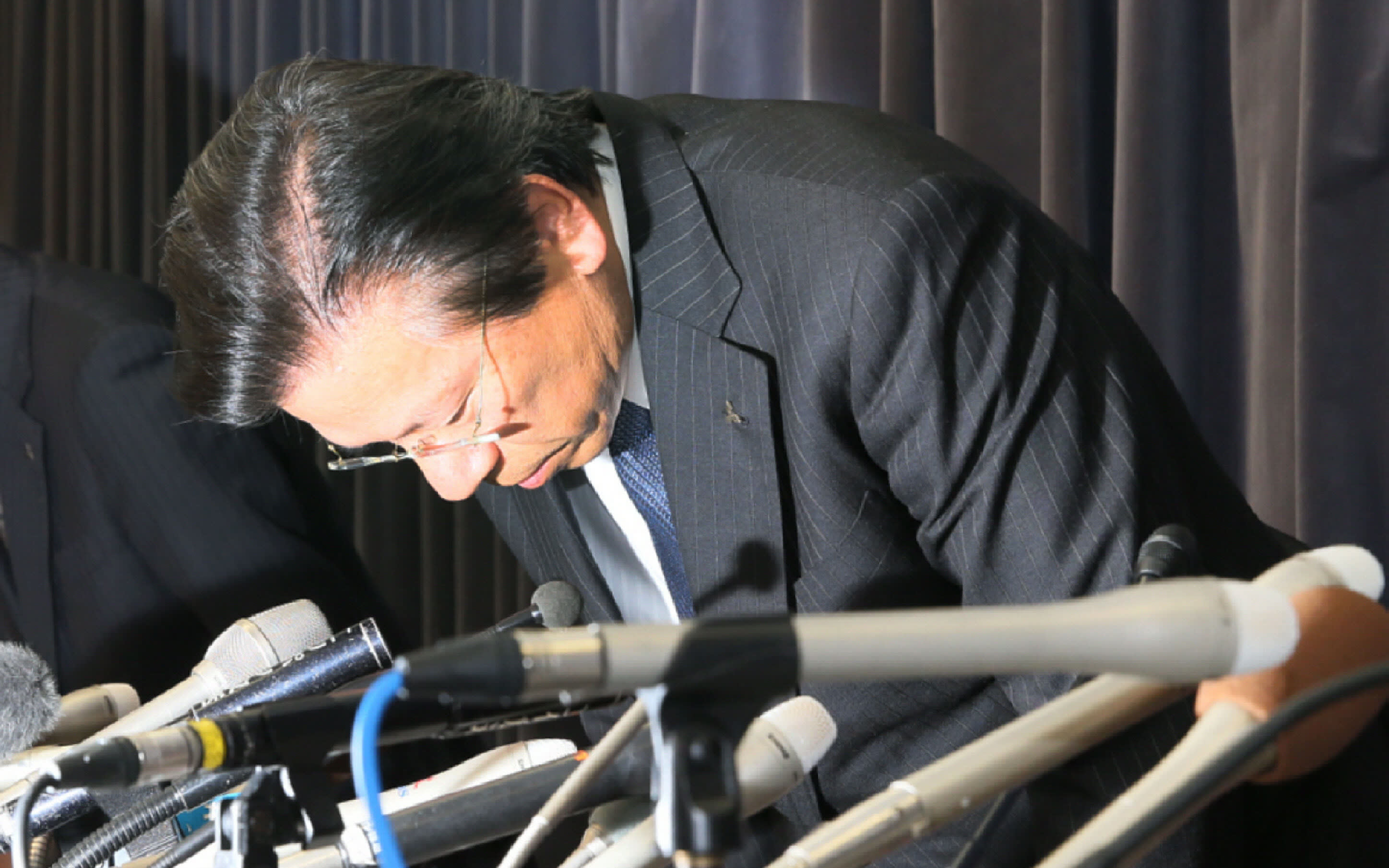 TOKYO -- The president of Mitsubishi Motors decided Tuesday to step down, taking responsibility for the fuel economy data scandal that surfaced in April.

The position to be vacated by Tetsuro Aikawa, 62, will be filled temporarily by Chairman Osamu Masuko. The 67-year-old will continue to do double duty until after Nissan Motor completes its planned purchase of a 34% equity stake.

Mitsubishi Motors will submit to the transport ministry Wednesday a report on internal findings about improprieties regarding minicar fuel economy. Aikawa, who rose through the ranks at the automaker, has his roots in the product development unit. Because the data-cooking originated in the same unit, he apparently determined that he should bear the brunt of the blame.

Aikawa is expected to leave either around the time the third-party investigative committee compiles the final report in July or the stockholders meeting in June. Up to now, he had said he would not make a decision regarding his future at the company until after the committee released its results.

Nissan will install one of its directors to head Mitsubishi Motors' product development division after the latter's regular shareholders meeting June 24. Nissan aims to acquire the 34% stake through a third-party allocation of new shares this fall upon completion of due diligence. Mitsubishi Motors plans to decrease its own directors from 13 to 11, while Nissan is set to install four directors, including the chairman.

Masuko will likely stay at Mitsubishi Motors in functions geared toward restoring the brand and coordinating activities between the two companies. The duo will work together to find a new president and chairman.