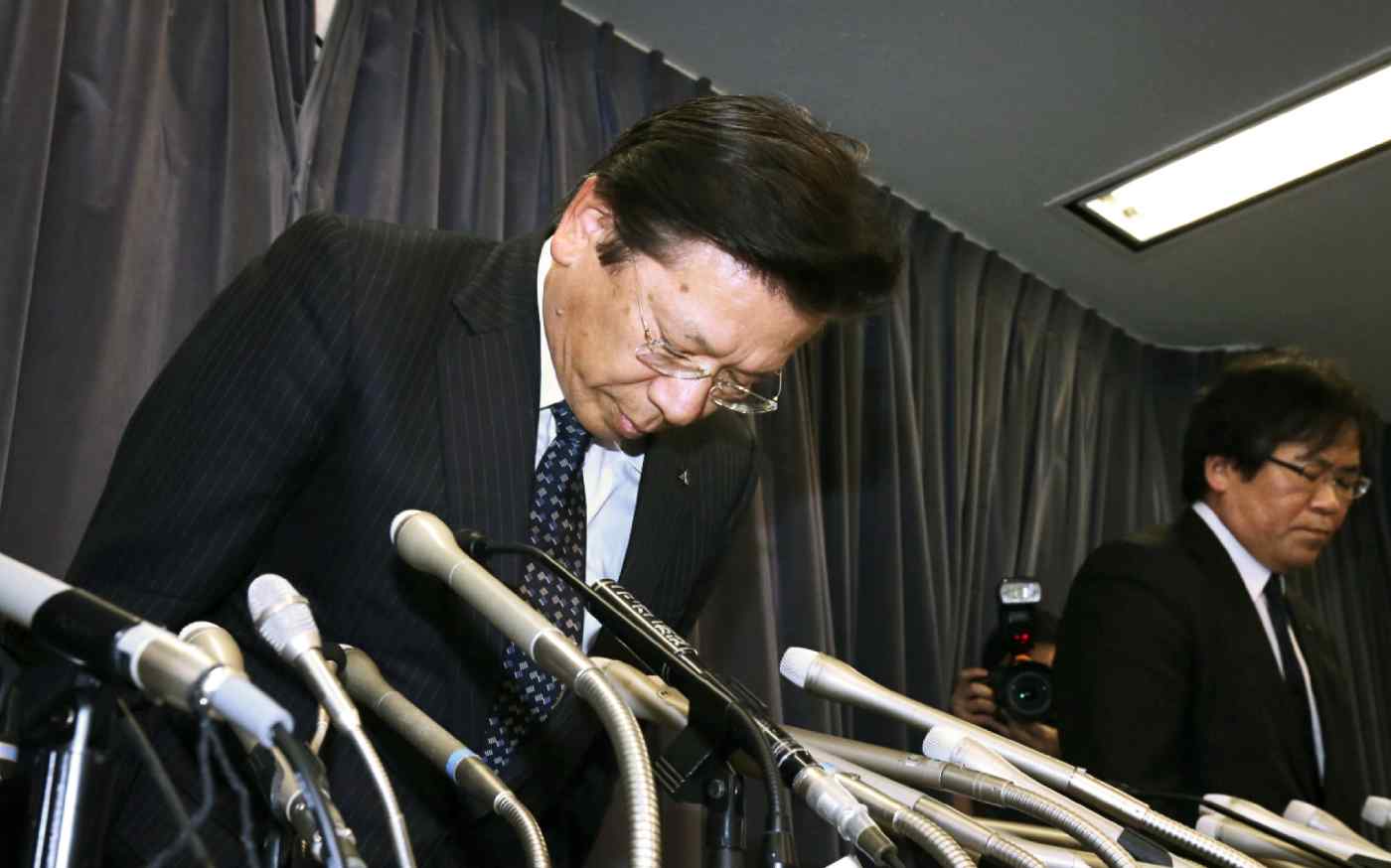 At a news conference in Tokyo, Aikawa said the company conducted the tests in a manner that flattered the results, breaking rules set by the Japanese government. He called the violations "intentional."