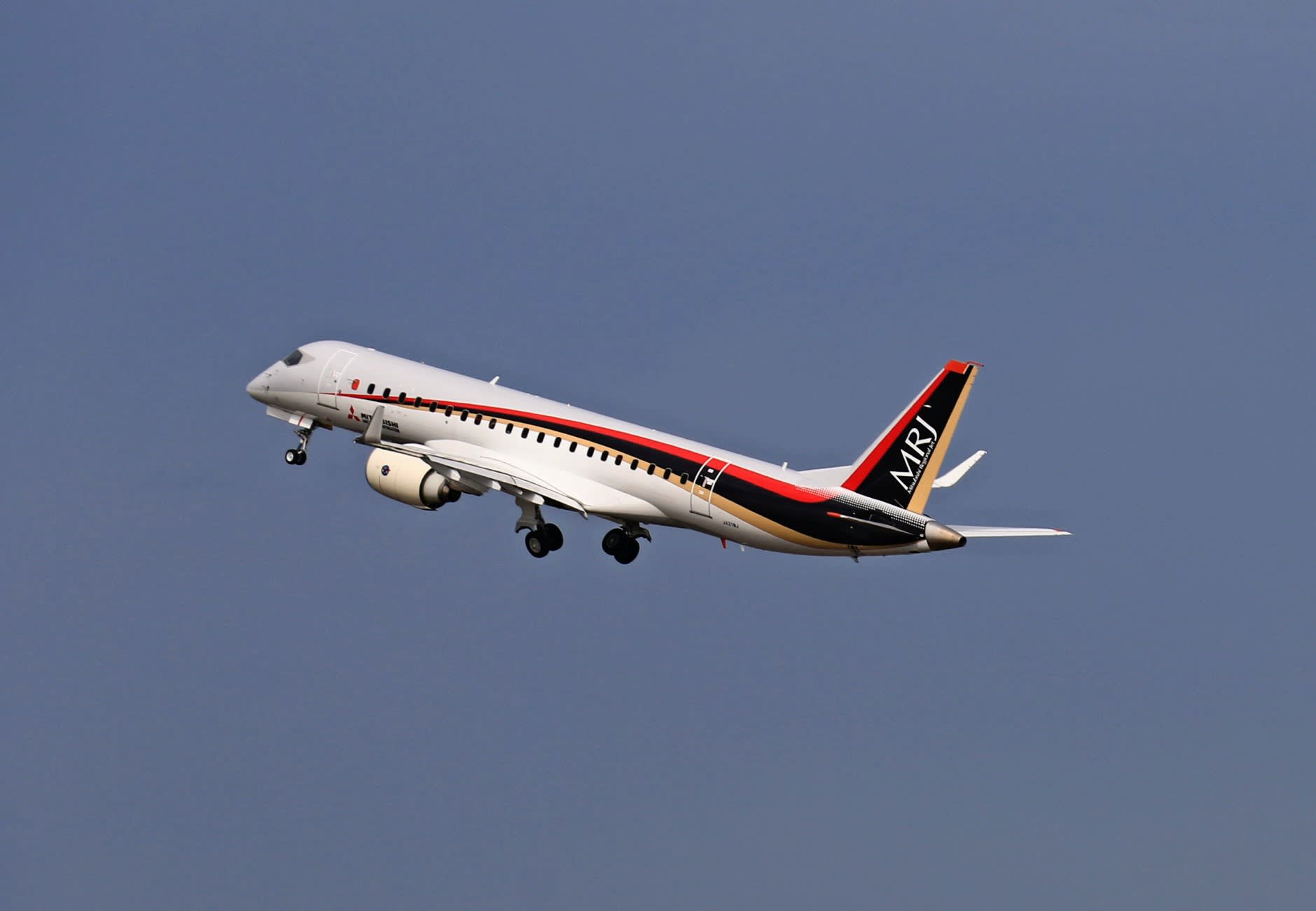 NAGOYA -- Initial delivery of Mitsubishi Aircraft's regional passenger plane will be postponed beyond the current target of mid-2018 owing to design changes, it was learned Friday.

The unit of Tokyo-based Mitsubishi Heavy Industries has notified partners of the delay. The first Mitsubishi Regional Jet is now likely to be handed off to buyer ANA Holdings in 2019 or later.

The redesign is seen forcing changes to volume production, pushing the initial delivery date back for a fifth time. The latest delay could add to the roughly 300 billion yen ($2.96 billion), including public funds, already spent developing the Japanese-made short- to medium-haul plane.

The first MRJ test aircraft made its maiden flight in November 2015. But Mitsubishi Aircraft said the following month that initial delivery would be rescheduled from the April-June quarter of 2017 to the middle of 2018 to allow for upgrades and additional test items.

More test aircraft have since been added to move development along. Volume production has begun as well. But Mitsubishi Aircraft has taken another look at the MRJ's design to rebalance the aircraft after apparently repositioning certain components. The changes apparently rule out mid-2018 delivery. The delay is not expected to affect ANA's flight plans.

Mitsubishi Aircraft plans to log a total of 2,500 flight hours using five test aircraft to earn a type certificate, a badge of airworthiness. The bulk of this testing will take place at Moses Lake in the U.S. state of Washington, prized for its favorable weather conditions.

The first jet touched down there Wednesday local time, with three more to follow later. Testing will continue in parallel with design changes.