Mitsubishi jet maker to increase capital ahead of 2020 debut 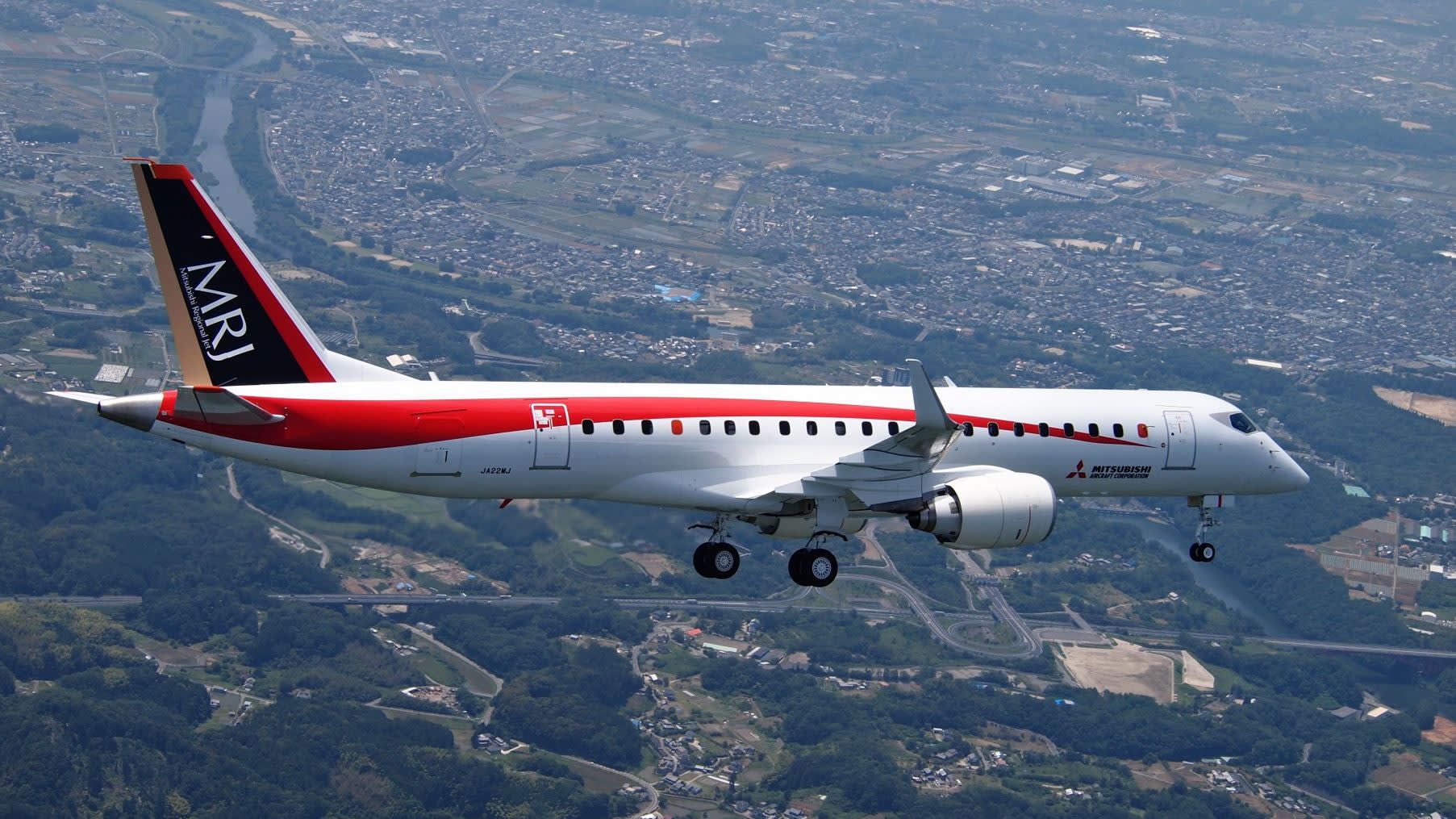 NAGOYA, Japan -- The developer of the Mitsubishi Regional Jet is considering increasing its capital through a pair of measures -- a debt-for-equity swap and issuance of new shares -- as it pushes ahead with plans to deliver the first aircraft in mid-2020.

Mitsubishi Aircraft's liabilities exceeded its assets by 110 billion yen ($988 million) at the end of March, more than double the total from a year earlier. Seeking to eliminate the negative net worth during this fiscal year, the company and parent Mitsubishi Heavy Industries are exploring a combination of the two capital-boosting measures, sources close to the matter said.

Meanwhile, Mitsubishi Aircraft President Hisakazu Mizutani said development is proceeding smoothly. He told reporters on Tuesday that the company wants to begin MRJ flight tests that are necessary to obtain type certification -- a prerequisite for commercial operation -- between July and September.

The company is in close contact with the transport ministry, which conducts the screening, Mizutani said. "We want to move forward as fast as we can" toward the mid-2020 delivery due date, he said.

Delivery of the MRJ has been postponed five times since development began in 2008. Mitsubishi Aircraft missed the latest deadline in January 2017 primarily because of faulty wiring. Test aircraft incorporating the design modifications to fix those issues will be completed this year.

Mitsubishi Heavy owns a stake of more than 60% in Mitsubishi Aircraft. Other shareholders include trading house Mitsubishi Corp. and Toyota Motor.

The capital-boosting measures will be scrutinized by concerned parties, since increasing Mitsubishi Aircraft's current capital of 100 billion yen could dilute earnings per share, an unwelcome prospect for existing shareholders.

Mitsubishi Aircraft faces a rapidly shifting business landscape. Boeing, which signed a contract to provide customer support for the MRJ, plans to acquire the small-jet business of Brazilian airline Embraer. It appears Mitsubishi Aircraft will contend with a powerful rival in Boeing. But the U.S. company intends to maintain their relationship, according to Mizutani.

"I believe there are substantial synergies to be had on the technical front," Mizutani said, though "at this point, there are no concrete plans."