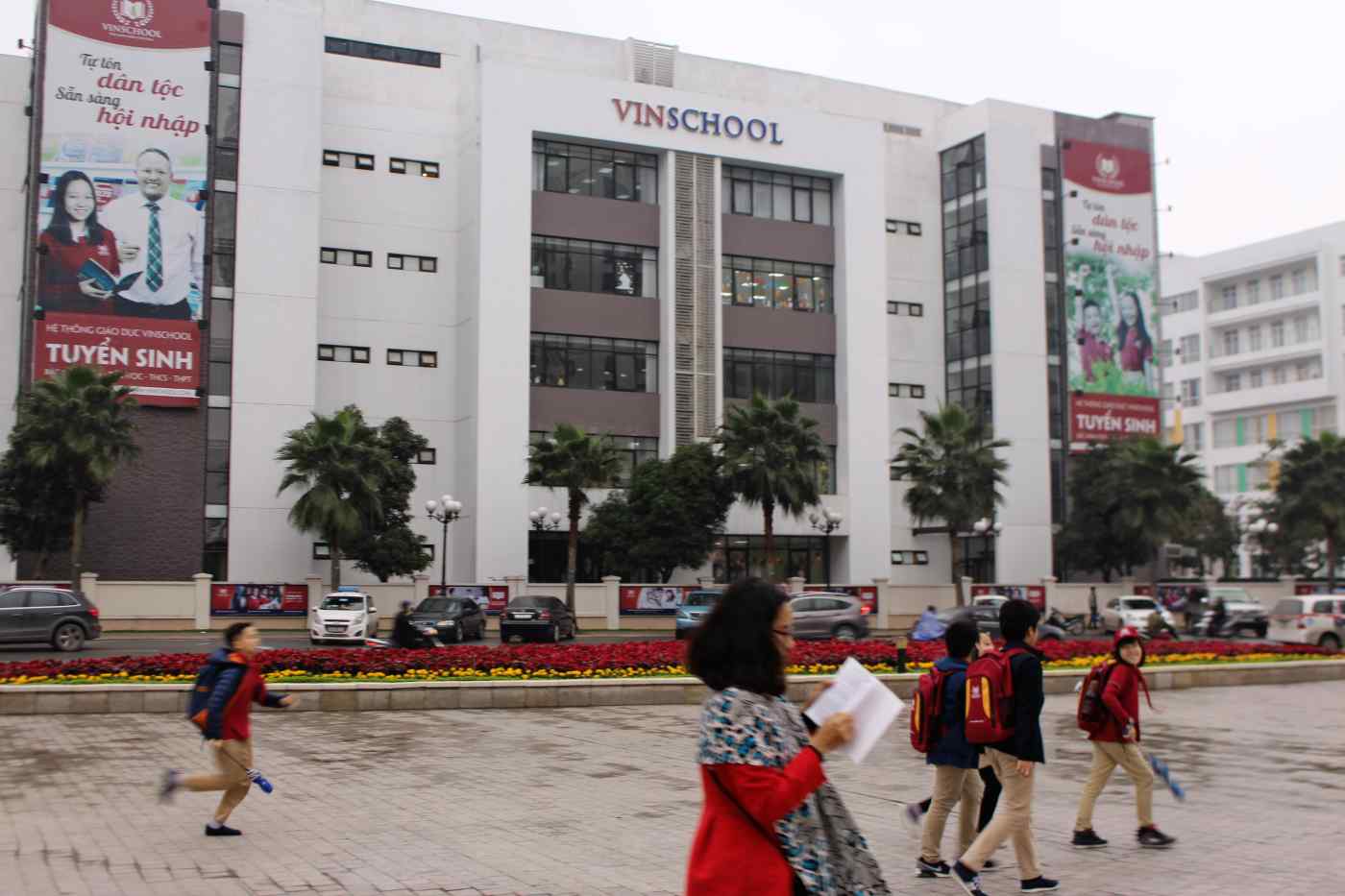 HANOI -- Rumors abound on the true objectives of leading Vietnamese companies getting into the education business of late. These corporations come from industries unrelated to learning or training, spurring speculation that their moves may be politically related.

A dozen or so chalky white towers of the Vinhomes Times City condominium complex in central Hanoi are home to a shopping mall, a playground and even a hospital, as well as Vinschool, which sits on a big 2-hectare campus. It is run by real estate giant Vingroup, which entered the education business in 2013. Its three schools in Hanoi have an enrollment of 13,000 students from kindergarten to high school. Vingroup is set to open another school in Ho Chi Minh City and is also proposing a healthcare-focused college near Hanoi.

The school has "good teachers and a vigorous foreign-language program, so I'm happy with that," said the 34-year-old mother of a female student. Many students are residents of the adjacent Times City. In fact, most Vinschools are located near Vingroup condo buildings in an apparent attempt by the company to increase the value of these properties.

These schools charge astonishingly high tuition for Vietnam. Vinschool's tuition is 6 million dong to 7 million dong ($263 to $307) a month, while the cost runs at 20 million dong to 30 million dong at TH school and 23 million dong at JIS. The figures all exceed the tuition at other international schools in Vietnam, and are a far cry from the roughly 100,000 dong at public schools -- although their different curriculums do not allow for a simple comparison.

A development plan with an educational facility gets a tax break or waiver on land use. The tax generally comes to around 2% of the land purchase price per sq. meter, although the number differs by the size of area and region. School operators also get income tax waived for the first four years and are eligible for a tax cut of up to 50% thereafter.

School operators are also said to have an easier time getting approval for large tracts of land than developers of condos or other buildings.

As major business players in Vietnam, Vingroup, TH Group and Xuan Thanh have a self-interest in educating the next generation of leaders. At the same time, the companies are rumored to have connections with politicians.

Vingroup is said to have a close relationship with former Prime Minister Nguyen Tan Dung, and TH Group, with Nguyen Sinh Hung, ex-chairman of the National Assembly. A Xuan Thanh executive reportedly is a relative of President Tran Dai Quang.

It is uncertain what connects these top businesses, politicians and education -- vested interests, politics or something else. The companies may want to expand their disclosure to dispel unwarranted suspicion.