Mukesh Ambani bails out brother Anil ahead of jail deadline 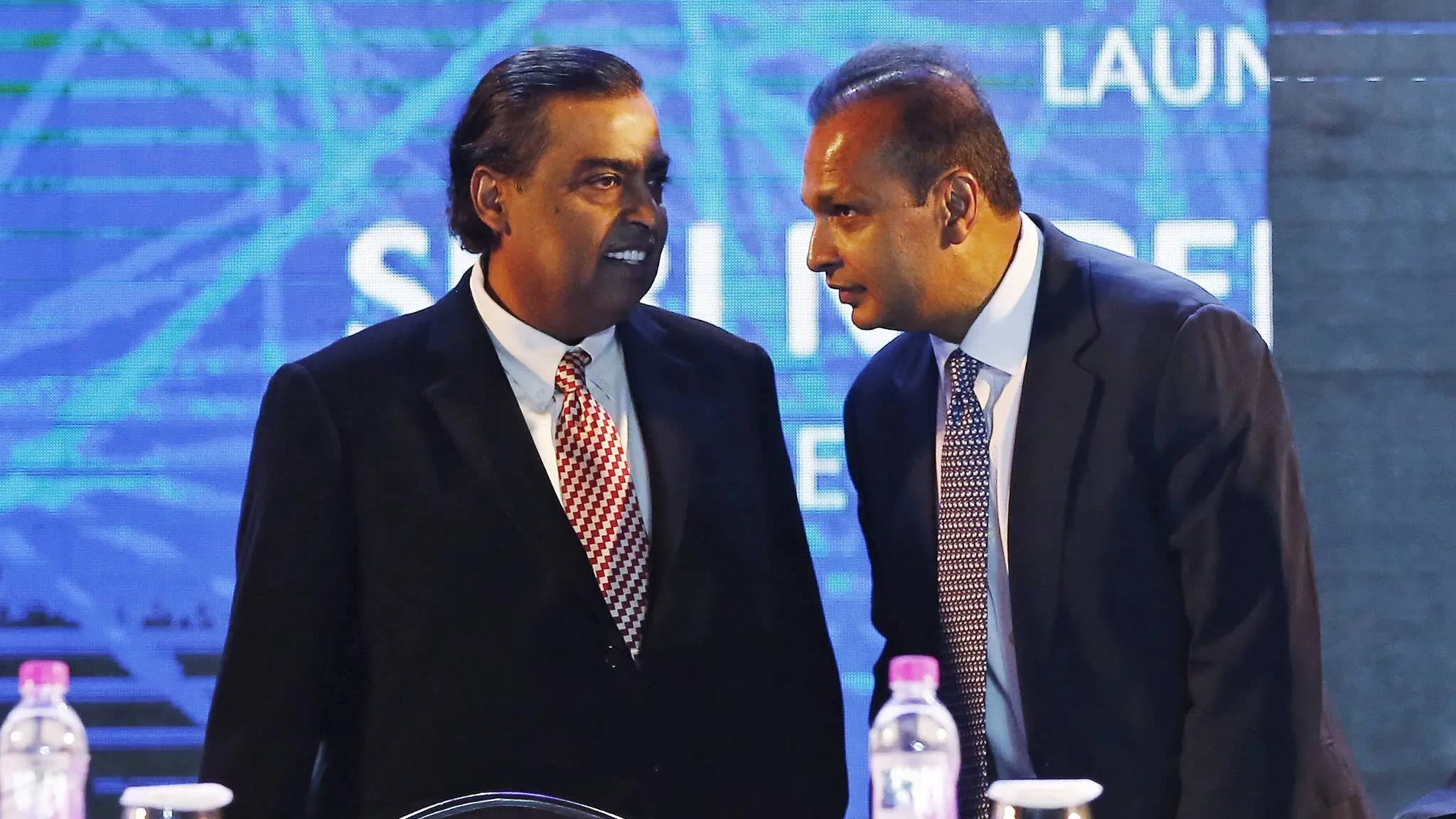 Ericsson's India unit told the Nikkei Asian Review on Monday that it had received about 4.6 billion rupees ($67 million) due on Tuesday from Reliance Communications, of which Anil Ambani is the owner and chairman.

The Supreme Court of India had declared Feb. 20 that Anil Ambani would be sent to jail for three months if he missed Tuesday's deadline for the payment.

Later on Monday, Anil Ambani expressed his "sincere and heartfelt thanks to my respected elder brother... [for] extending this timely support," in an RCom news release.

Local media estimated that Mukesh Ambani, owner and chairman of conglomerate Reliance Industries, provided 4.5 billion rupees to bail out his brother. It was Mukesh Ambani's entry into India's mobile telephone market that pushed RCom into the cash crunch that resulted in the late payment.

Also on Monday, RCom announced the termination of earlier deals in which Reliance Jio Infocomm -- the telecom operator run by Mukesh's Reliance Industries -- agreed to buy RCom assets including mobile spectrum for an estimated 240 billion rupees.

Anil Ambani's struggle not over after rescue by brother

India is no longer a defaulters' paradise

Anil Ambani earlier planned to use that money for repaying the RCom group's debt, which was estimated at 480 billion rupees including the money due to Ericsson.

RCom and its creditors have declared their intent to start insolvency proceedings, setting up a potential legal battle over the company's assets.

RCom's creditors include such banks such as Standard Chartered, HSBC and China Development Bank as well as major domestic lenders led by State Bank of India.

Anil Ambani's RCom rapidly lost competitiveness after his elder brother launched Jio's wireless service in September 2016. Propelled by discounts, Jio has grown rapidly, rising to the No. 3 position with 280 million subscribers as of the end of 2018.

Ericsson entered into an 11.55 billion-rupee contract to provide RCom with nationwide communications network management service in December 2014. After RCom failed to make payments to Ericsson, the Swedish company filed an insolvency petition to India's bankruptcy court in September 2017.

As the Indian company faced multiple insolvency claims from creditors, Ericsson agreed to a settlement that halved its claim against RCom to about 5.5 billion rupees. The Supreme Court ruled that settlement as binding in August 2018 and set Sept. 30 as the deadline.

RCom missed that deadline twice by the end of 2018, prompting Ericsson to file a contempt petition to the high court in January. The Supreme Court declared Feb. 20 that RCom and Anil Ambani were guilty of contempt, ordering the company to pay the remaining money owed before March 20 to avoid a three-month jail term for Anil.

The two brothers fought over inheritance of the Reliance Group business empire after their father died without leaving a will in 2002.

The Ambanis split the group in two, with Mukesh taking the petrochemical, oil and refinery businesses while Anil received the telecom, power and financial sector operations -- with an agreement not to compete against each other.

They abolished the noncompete agreement in 2010. Mukesh Ambani soon after acquired a smaller telecom carrier that had won 4G spectrum auction, and he launched Jio in 2016. After RCom started facing financial difficulties, the elder brother agreed in December 2017 to buy RCom's mobile spectrum and other assets, but India's government refused to approve the sales, citing RCom's unpaid debt.