Munich aims to meet all power demand with renewables by 2025 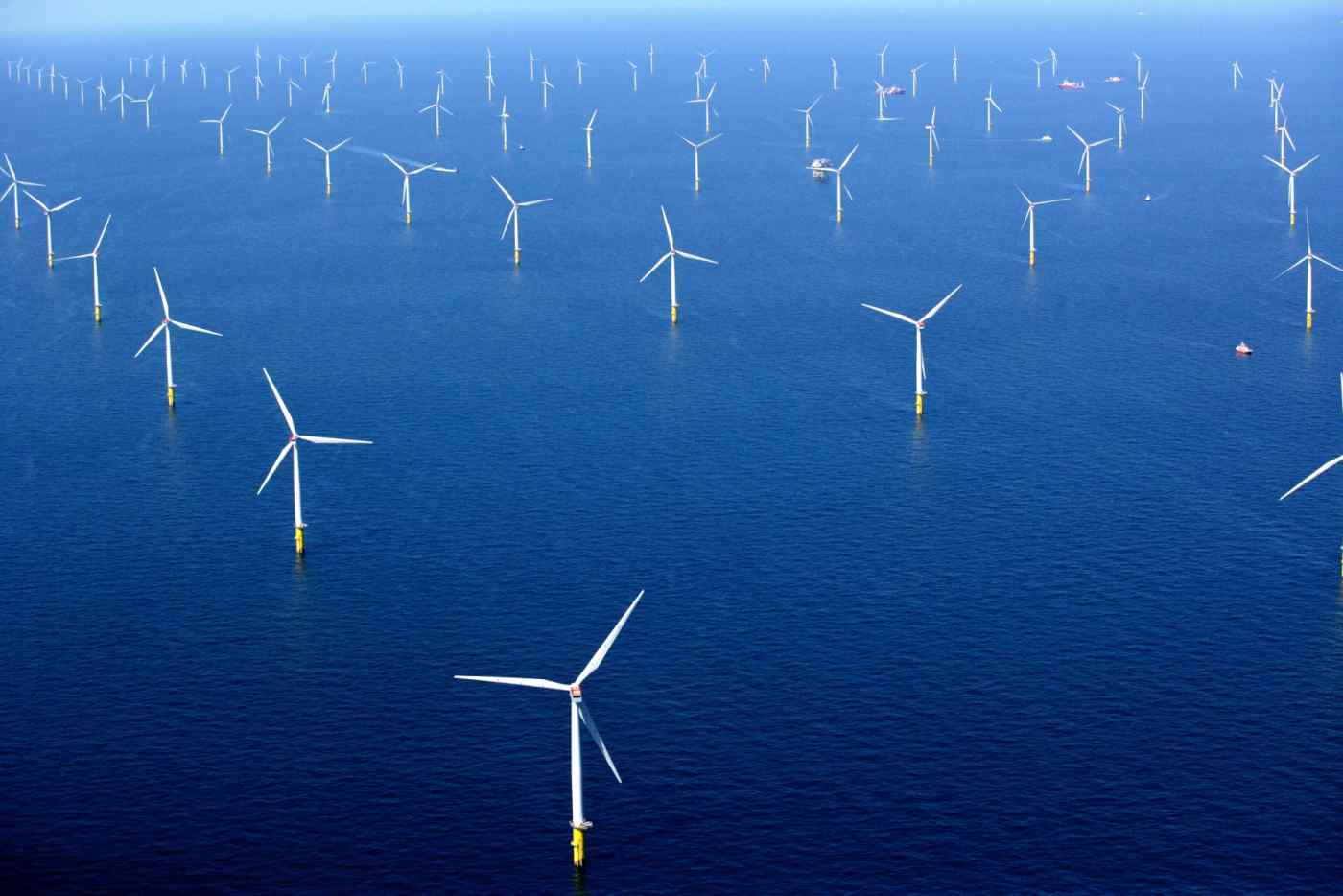 MUNICH, Germany -- Stadtwerke Munchen, Germany's biggest city-owned electric utility, is playing the leading role in a country where electricity and gas markets have been liberalized and the use of renewable energy is gaining ground. SWM has augmented its revenues by providing various public services, mainly in Munich, a city that enjoys a thriving economy. The power company is also actively promoting renewable energy and investing in floating wind farms despite its supply area being in a landlocked location. 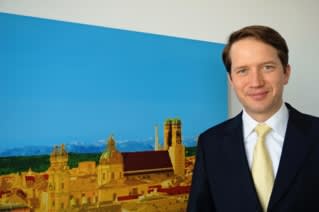 The company aims to generate enough electricity from renewables to supply the entire municipality of Munich by 2025.

SWM CEO Florian Bieberbach, 43, who led reforms of the power sector following liberalization, spoke with The Nikkei about the company's business strategy.

Q: After the market was liberalized, how have you competed with big national utilities?

A: Before the liberalization, our market share was 100%, as we were the only company providing energy in Munich. The market for industrial customers was liberalized first. Competition was tough and still is. The market for residential customers followed shortly after. Today, there are over 100 competitors for electricity and gas in Munich. Nevertheless, our market share remains very high.

Q: In Germany, utility giants, E.on and RWE, split up conventional generation and focus on energy service and renewable energy, but SWM remains a conglomerate. What are the merits to keeping your current business model?

A: In an integrated company you don't need double structures. E.on for example is about to lose a lot of synergies due to the double structures they are creating in their split up. We very much benefit from synergies thanks to our integrated power generation, energy trading, retail and purchasing. And of course, our diversification leads to less volatility overall. There are times when the grid model is profitable, and times when it's not very profitable. Ideally, you have always at least one part of the business being profitable when others are going through tough times.

Q: How about your other divisions, such as gas, water, pools and telecommunications? Do you really have synergies?

A: Yes, we do. Our telecommunication branch has been building a fiberglass grid for Munich. We benefit from already having other infrastructure elements in place, as digging up the ground for a new electricity cable gives you the opportunity to add fiberglass cables. Another example is our public transport subsidiary (Munich's underground, trams and buses), which has market risks from volatile energy prices. Through our trading floor, we are able to hedge fuel risks for the bus sector. And last but not least, the electricity supply for the underground and trams is an integrated business of the electricity grid -- we operate most of the technical infrastructures in the city, and this means cost efficiency through synergies.

Q: SWM is owned by the city of Munich. Generally, companies owned by city municipalities are said to be bureaucratic and everything is slow with them. How about SWM? How do you make yourself efficient?

A: When the market was liberalized in Germany, the city basically spun off Stadtwerke Munchen. Since then, we have been organized like a private company and not like a public sector institution with both the face to customers and our internal organization, with only a few exceptions. That was a very important step. The experience in Germany is that efficiency is not about ownership structure. The driver for efficiency is market liberalization and competition.

In the past, most companies were inefficient and bureaucratic, no matter if private or not. Now we have a lot of very efficient companies; some of them are listed and owned by shareholders and international investment funds, and others are still owned by municipalities.

A: Much more profitable. It's a bit absurd: Before we had to compete, SWM made an annual loss of 100 million Deutschmark. So the former management reduced the number of employees from 12,000 down to 6,500. There was a huge improvement of efficiency in the company, driven by competition, both in power plants and the retail organization. Now we are back to around 10,000 employees, because we have expanded into other businesses.

Q: SWM has focused on renewable energy and invested in offshore wind power even though it is based in Munich, an inland city. Why?

A: There are several reasons. The first and most important reason is that exiting fossil power is an integral goal and political aim of our shareholder, the city of Munich. It has signed a contract with other cities (Covenant of Mayors, 2008) to drastically reduce CO2 emissions. And it has decided to exit nuclear power production until 2022. That's why we are building up a power generation based on renewables. At least for the next few decades, natural gas will be necessary to complement the renewables. 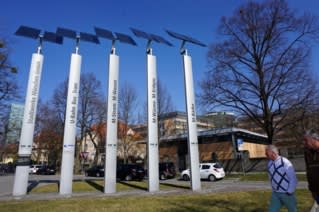 Our customers support our strategy. In Germany, public opinion about both coal- and nuclear-based energy is very negative. Customers want their electricity suppliers to promote renewables. And of course, we hope to build up a profitable business. About a quarter of our current operating profit is already generated from renewables.

Q: When did the renewables division become profitable?

A: I think the first significant profit was around 2013. It will probably be cash positive from next year onwards. We will continue to invest. When we started our "renewable energies expansion campaign" in 2008 we had a conventional power production of the size that was needed to supply the whole electricity demand of Munich. In the end, the conventional power generation will almost be gone, apart from a few power gas firing stations. Our aim is to have a similar power generation capacity but based on renewables in our own installations by 2025.

Q: Do you have a current figure? To what extent are renewables used in Munich?

A: We can currently cover around 44% of Munich's electricity demand from renewables. One of the offshore projects is still under construction. Once that is running, in about a year, we will have reached 50% of our goal. And we will continue to work for our aim. We have invested 3 billion euros ($2.67 billion) so far, and there will be another 3-4 billion euros going toward our striving for green energy by 2025.

Q: When it comes to wind, there is a big problem in Germany. Grid companies are planning a high voltage grid going from the North Sea to southern Germany, but many residential people alongside the proposed route are opposed to construction of the grid. Do you have any good solutions?

A: I don't have any better ideas. In the end, the state has to build it, just like the state builds other main infrastructure. If you build a road, the people who live there will never be happy -- and roads still need to be built. It is a matter of fact, when you need to build infrastructure, there are always people who are adversely affected.

Q: Does it affect your business plan?

A: Not yet. If nothing was built, that would affect our business plan. But I currently assume that the connections will be built in the next years.

Q: You currently have a coal fired plant and a nuclear plant. Will you sell or close them?

A: The coal fired power plant will be closed. The exact date is still subject to discussion in Munich, but it will be shut down eventually. We have a share in a nuclear power plant and that will be closed by 2022. Just selling it would be an easy way out, but it would not change the matter of fact. We see it as our duty to close these plants and replace them with renewables. I think this is not a local but a global issue. If the world takes global warming seriously, I'm convinced that all energy companies need to switch to renewables.

Q: The EU is considering a single energy market, which I understand would mean total liberalization of the European market. Are you thinking about acquiring other peers?

A: We do benefit from our regional focus. The Greater Munich area is probably one of the most attractive areas to be active in. It's an economically strong, rich area, with an increasing population and prospering economy. It's a sweet spot you could say. We have enough potential in this area; it doesn't make too much sense to expand in other geographical areas.

A: I think that in the retail business we will see some sort of consolidation. We have around 1,000 companies in electricity retail in Germany, and this is not sustainable. In the grid business, there is a huge number of very small grid operators, and I'm not sure if they can also survive in the medium term. In the generation business, I don't see a consolidation due to fact that the renewables part of the business is highly fragmented. Of course there will be consolidation in conventional energy, disappearing in the long term.

Q: The next question is about Energiewende, energy transition, in Germany. What are the positive and negative impacts for SWM and utilities in general?

A: Overall, I think Energiewende is a success, despite a lot of criticism. To start at the political level: The most heard criticism about the German Energiewende internationally is the fact that the CO2 emissions of Germany haven't gone down a lot. But that's unfair, because the primary target of Energiewende was to replace nuclear energy with renewables. So it was obvious from the very beginning that this won't change anything about the CO2 emissions -- it is one CO2 neutral technology replacing another. CO2 emissions are targeted as the next step. While we do suffer from low electricity prices in Germany; that's actually the primary result of the cheap coal prices worldwide, and not so much of Energiewende. The crisis of the conventional power plants that we see all over Western Europe is not a result of Energiewende but cheap coal or shale gas. The abundant availability of cheap fossils is the true problem. Even without Energiewende we would have the same problems.

We are experiencing a change in the utility and energy sectors worldwide. If you take global warming seriously, companies need to change their business model away from fossils and -- at least in Germany -- away from nuclear, too. You have to be active, otherwise you will disappear.