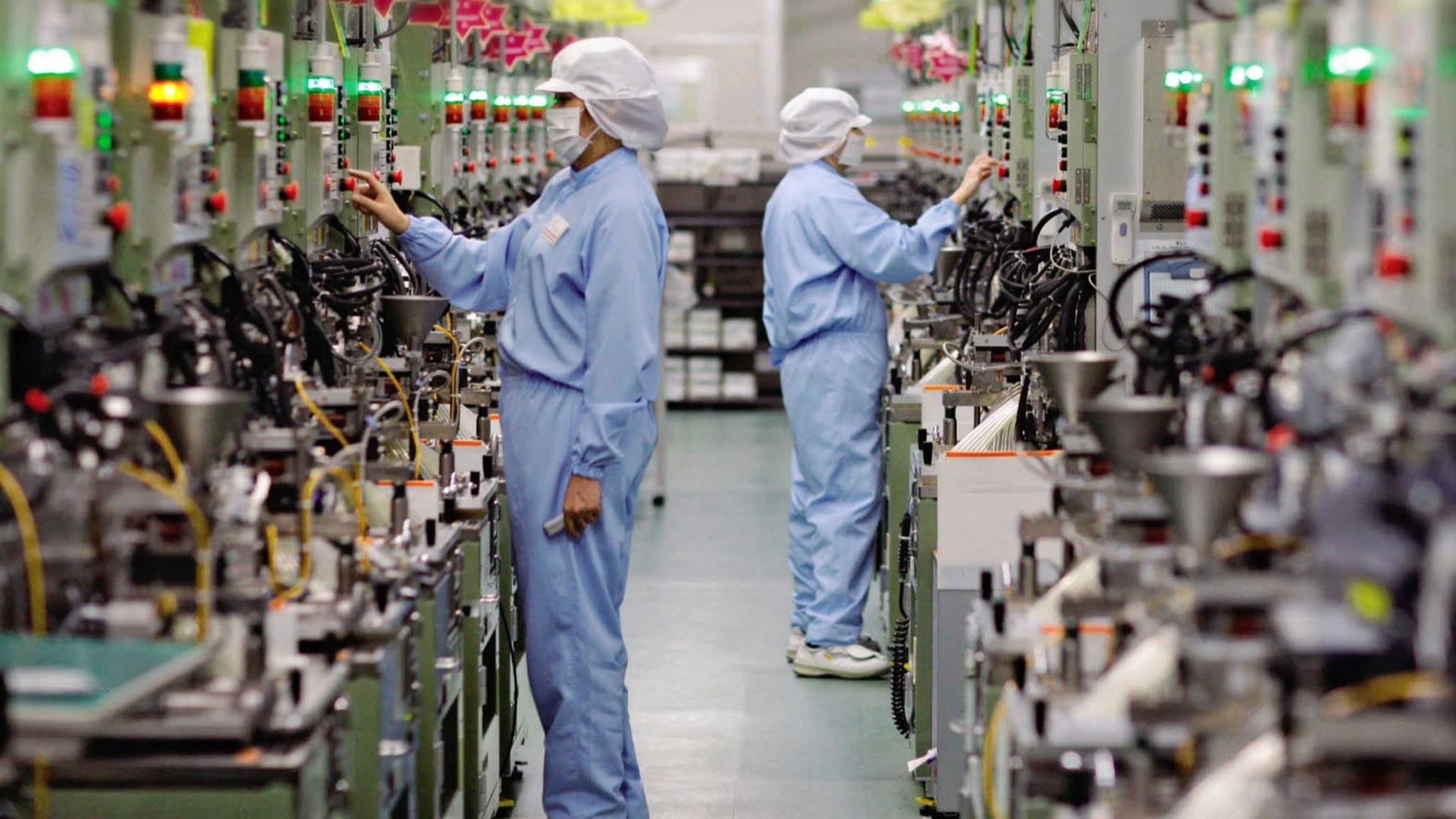 Workers operate machinery at a Murata factory in Fukui Prefecture, Japan. Demand from the new iPhones and the impending rollout of 5G networks is squeezing the supply of ceramic capacitors.
Nikkei staff writersSeptember 25, 2018 14:48 JST | Japan
CopyCopied

TOKYO -- Murata Manufacturing plans to build a new ceramic capacitor plant in Japan and revamp its existing Japanese and Philippine operations in an effort to meet growing demand for parts used in electric vehicles and Apple's new iPhones.

The Japanese maker of components for electronics has earmarked about 40 billion yen ($354 million) for a new plant in an industrial complex near its Izumo Murata Manufacturing's headquarters in Shimane Prefecture in southwestern Japan.

Construction of the 40,000-sq.-meter facility will start in October, with completion slated for 2019.

As components for electronics become smaller, manufacturing requires more advanced technology, the leakage of which the company hopes to prevent by boosting domestic production.

Murata is also revamping its Fukui Murata Manufacturing unit in Japan along with its Philippine operations in an effort to increase capacity 20% by 2019. The company's total capital spending is expected to hit a record 340 billion yen this fiscal year.

Laminated ceramic capacitors are a vital component in most electronics for cutting circuit noise. A single smartphone handset, for example, typically has up to 1,000 of the capacitors. For a car, roughly 10,000 are needed.

The global supply of the capacitors is tightening, due in part to increased usage in electric vehicles and the release of new iPhones. Observers say the rising demand may squeeze electronics manufacturers.

Overall demand for electronics components is expected to grow as countries roll out fifth-generation mobile networks and more electric vehicles hit the road.

Murata has already raised prices on all of its capacitors to help offset capital spending.