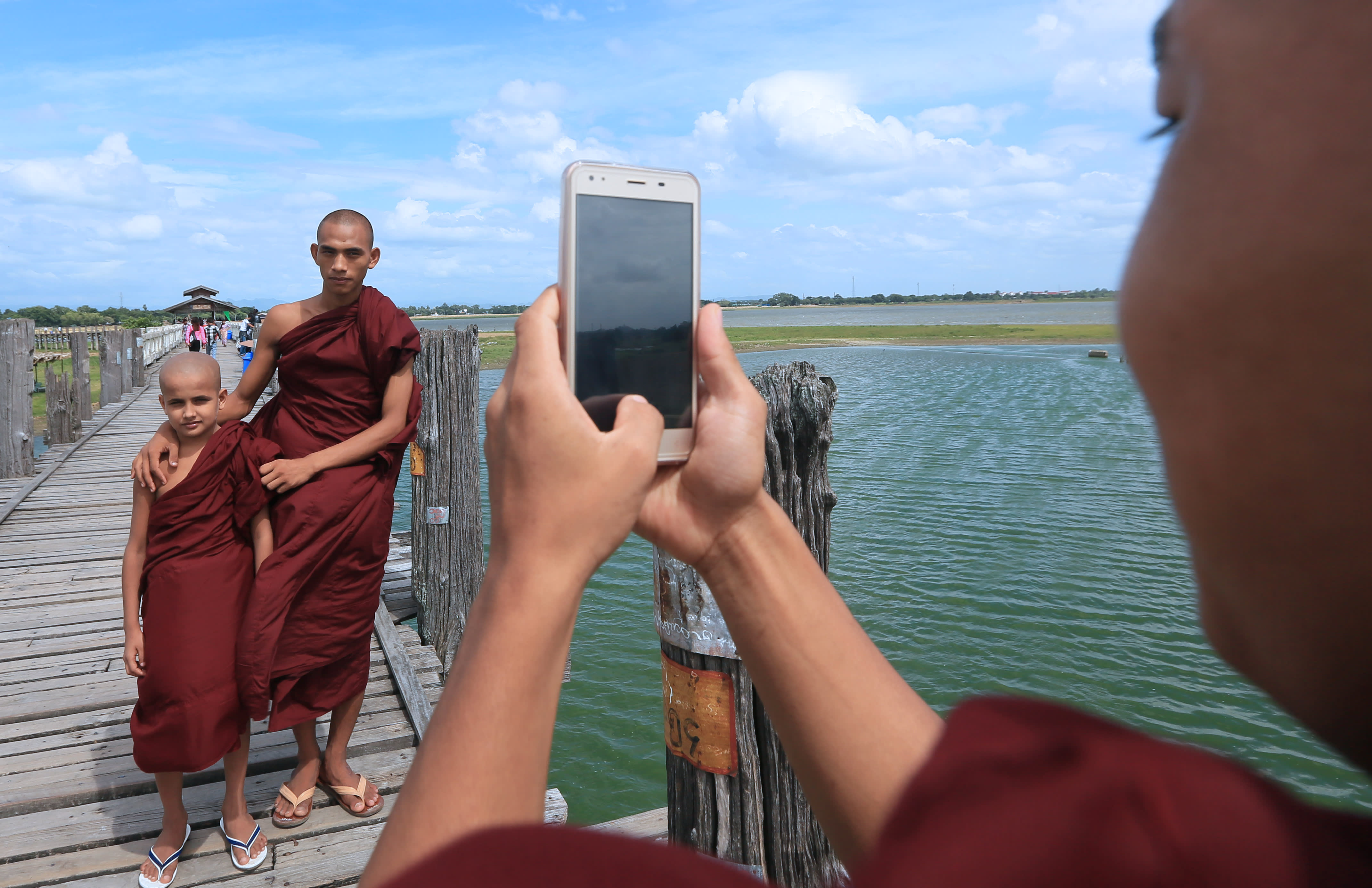 YANGON -- Commercial fronts for the militaries of Myanmar and Vietnam formally kicked off a mobile carrier joint venture on June 9 at the launch ceremony of Myanmar National Tele and Communications, or MyTel.

The event in Yangon was presided over by Myanmar's commander in chief, Senior Gen. Min Aung Hlaing, with Gen. Sein Win, the defense minister, and 50 other senior officers present.

Viettel refused to comment on the relationship between the militaries of the two countries.

MyTel is 49% owned by Viettel, a Vietnamese enterprise wholly owned and operated by the defense ministry. Of MyTel's other shares, 28% are owned by Star High, a subsidiary of Myanmar Economic Corporation (MEC), a conglomerate belonging to Myanmar's military. The remaining 23% are owned by Myanmar National Telecom Holding, a consortium of 11 local companies.

Min Aung Hlaing was afforded a VIP reception when he visited Vietnam in March 2017 and met President Tran Dai Quang, who told him that Myanmar has always been important to Vietnam's foreign policy.

MyTel plans to invest $1 billion more developing its 2G and 4G network, which already provides 80% national coverage. The system includes 30,000km of fiber-optic cable, which is about half the total nationwide. The 4G services have already been rolled out in 300 townships. "We will give a quality service at an affordable price,"  Zaw Min Oo, MyTel's chief external officer, told the Nikkei Asian Review. "We will provide everything our customers need."

MyTel was granted a license in January 2017, and prior to the official launch provided a limited service in the capital, Nay Pyi Taw.

MyTel is Myanmar's fourth mobile operator. The biggest player with a 42% market share is Myanma Post and Telecommunications (MPT), which partnered in 2014 with Japan's KDDI and Sumitomo. Norway's Telenor and Qatar's Ooredoo have 35% and 23% market shares respectively.

Although there is not much price differential, and all providers offer affordable packages, users are already buying MyTel sim cards. "Even though they already have MPT, Telenor or Ooredoo SIM cards, my customers believe that MyTel internet data is faster," said one shopowner in Yangon.

"My family is in Myitkyina in the north," Gwan Sai, a user, told Nikkei. "They told me MyTel internet is very fast in that area."

MEC, founded in 1997, is one of the two major conglomerates used as economic vehicles by the military in Myanmar. The other, Union of Myanmar Economic Holdings (UMEH), was set up in 1990 and enjoys a large range of business concessions. Both MEC and UMEH became public companies in 2016, and were listed among the country's top five taxpayers in 2015 and 2016.