From Grab to Kirin, foreign business braces for disruption and uncertainty 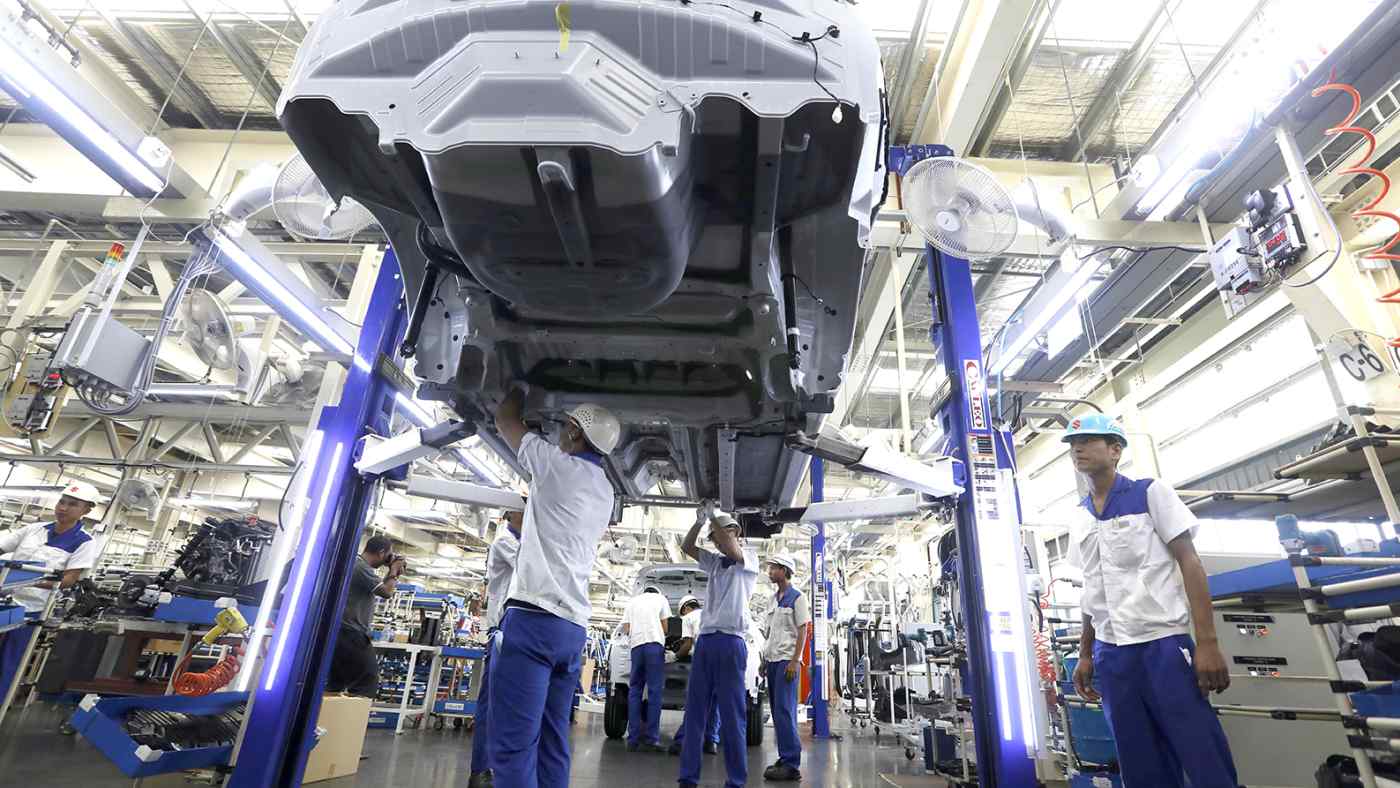 TOKYO/SINGAPORE -- The apparent overthrow of the Aung San Suu Kyi administration by the Myanmar military has shocked foreign companies operating in the Southeast Asian country.

The international community has already started to raise concerns about the military's subversion of the democratic process. Foreign companies that have invested in Myanmar, hoping that the end of military rule would open up business opportunities, may be forced to reconsider their strategies in the country.

Hopes for democratization were raised after the National League for Democracy, led by Suu Kyi, won the general election in 2015. Since then foreign investors, including many Japanese multinationals, accelerated their investment.

According to statistics from Myanmar's government agency, the amount of Japanese investment approved by the country in the year to September 2020 was about $768 million, ranking third after Singapore and Hong Kong. Some of the investments from Singapore include those by Japanese companies through their Singapore units.

With limited information about the political upheaval and poor communication between foreign countries and the country, companies rushed to gather information and confirm the safety of local employees and expatriates. Some activity was also disrupted.

Singapore-based ride-hailing company Grab told Nikkei Asia that its services in Myanmar were temporarily unavailable in the country due to poor mobile network coverage. "We will communicate any updates on our service availability via the Grab application or on our official Facebook page," the company's spokesperson said.

A representative from Toyota Motor said the company is confirming the latest updates on their sales in Myanmar, as well as on employees. The Japanese carmaker, which had previously announced it would be opening its first plant in the country this month in the Thilawa Special Economic Zone, in the southern suburbs of Yangon, says it is preparing for production as scheduled at the moment.

Toyota has been proactively selling vehicles in Myanmar since 2014, relying on imports from neighboring countries. But a rapid increase in sales in the country has prompted the decision to assemble Hilux pickup trucks locally.

Suzuki Motor, a pioneer of Myanmar auto production, having manufactured vehicles there since 2013, has not received a report from its local unit on impacts on corporate activities, said a representative. The Japanese carmaker also previously said it would set up a new plant in September in Thilawa Special Economic Zone.

Leading trading house Mitsubishi Corp. told its employees in Myanmar to put their safety first and stay home. The spokesperson said that the company has confirmed its workers are safe but is still reviewing the possible impact on its businesses.

Mitsubishi announced train car contracts in December with the state-run Myanma Railways. The company is also involved in the operation of Mandalay Airport, and the Yoma Central urban development project.

Mitsubishi's peer Mitsui & Co. said it is encouraging its employees in Myanmar to work from home. Mitsui sells agricultural machinery and fertilizers in the country, and is reviewing the impact, it said.

Kirin, which owns Myanmar Brewery and Mandalay Brewery, said it is "aware of the recent political developments in Myanmar, and we are monitoring the situation closely. The [breweries] are running but we have plans to stop production should there be any order from the authorities," the Japanese drinks maker told Nikkei.

Kasikornbank, Thailand's fourth largest bank by assets, told Nikkei that the coup had no impact on its operation. The bank's Thai staff at its representative office in Yangon had been asked to work back in Thailand ahead of the coup, due to the COVID-19 pandemic. Its local staff were given choice to work from home or on site as well.

"Regarding the bank's operation in Myanmar, we are monitoring the situation closely," the bank said.

Indorama Ventures, the world's largest producer of polyethylene terephthalate resin used for plastic bottles, also said the developments had no impact on its operation in Myanmar.

Pakaimas Vierra, president of Thai-Myanmar Cultural and Economic Cooperation Association, or TMCECA, said border checkpoints near Thailand's northern-most city of Chiangrai had been reopened after being closed briefly.

"The border was closed around 10:30 and it was re-opened at 13:30 after a few hours of negotiation led by the Thai army," Pakaimas told Nikkei. "All border trade business operations have resumed. Consumption goods, including oil, have been transported as usual."

Supant Mongkolsuthree, chairman of the Federation of Thai Industries, said trade and investment between Thai and Myanmar were unlikely to feel any negative impact but that it would be monitoring this political change closely.

He said major Thai corporations' investments in Myanmar were on concession terms. "[These] have been already granted licenses to operate. I don't think the Burmese military would make any big change," he told Nikkei.

Myanmar business executives expressed concern about what had happened in their home country.

Alok Kumar, CEO of Myanmar's online travel company Oway, told Nikkei that these were "absolutely unprecedented times for us, first COVID and now a coup." There is "huge uncertainty ahead for business and people" in the country, he said. "The next few days are critical."

One Myanmar-based startup contacted by Nikkei said it would not comment on the situation, as doing so at this time would entail "a lot of risks."

One concern is a possible reimposition of economic sanctions by the West and other countries. During the past military regime, the U.S. imposed restrictions on financial transactions with U.S. companies -- not only its own companies' investments in Myanmar, but also on foreign companies that dealt with Myanmarese companies that had close ties with the military.

This has been the biggest hurdle for many multinational companies to invest in Myanmar. If sanctions were reimposed with the aim of boosting democratization, it could be difficult to continue businesses.

FTI's Supant said the organization is monitoring whether Western countries could pressure Myanmar's military with sanctions that would have a negative impact on Thai investment in Myanmar.

"Thai businesses that invested in Myanmar could feel the heat because it would be hard for them to produce and export from Myanmar, particularly to those Western countries," Supant said.