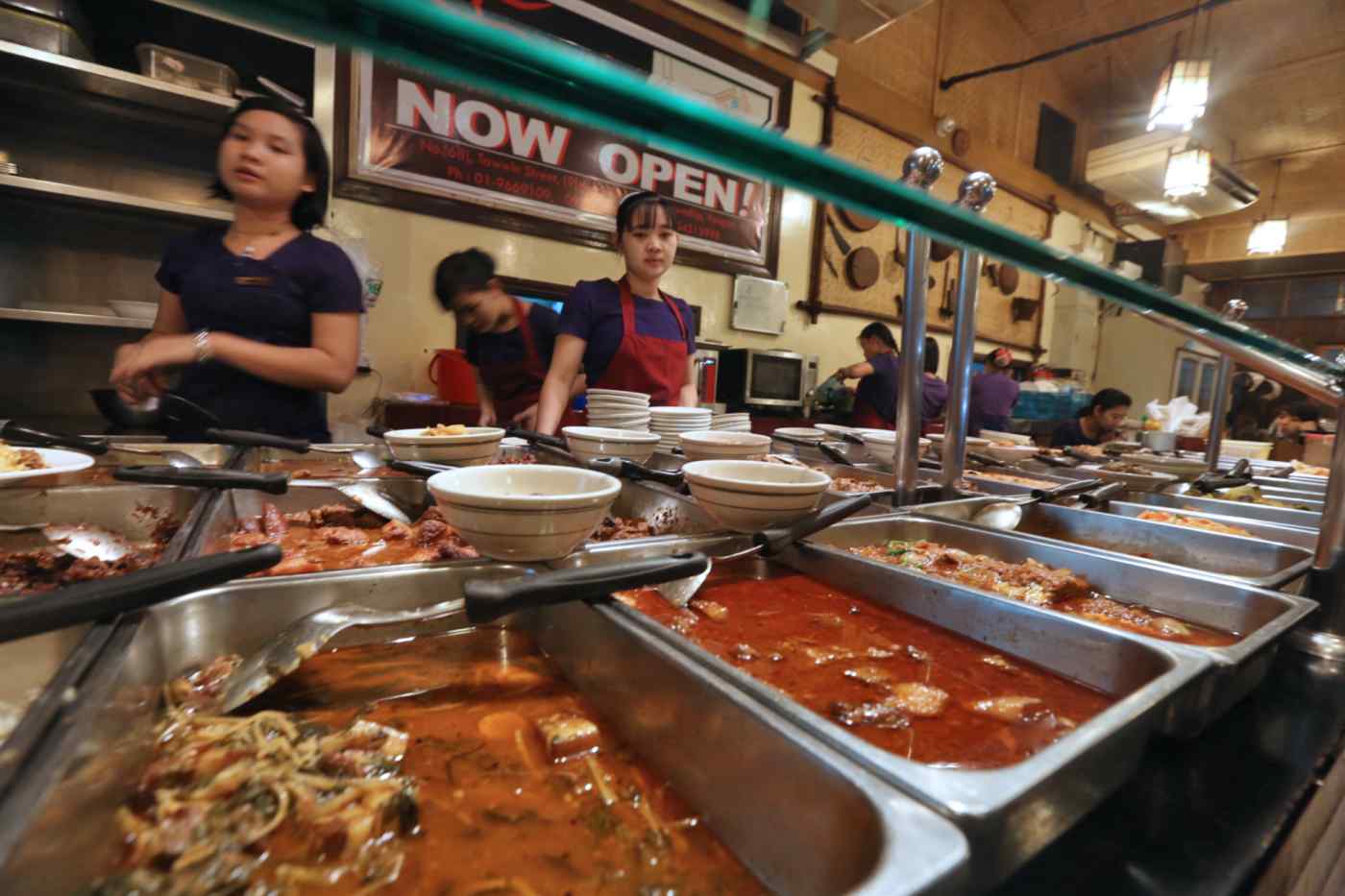 YANGON -- There is something in the air around Myanmar's developing restaurant industry. It smells a lot like standard fried chicken, but this time it is seasoned with a liberal dash of high-end optimism.

In a significant development for the country's nascent fast food sector, Yum! Brands of the U.S. recently announced that its KFC fried chicken chain will launch next year in Yangon in partnership with Yoma Strategic Holdings, the Singapore-listed company belonging to Myanmar real-estate tycoon Serge Pun.

According to analysts, the arrival of the first Western fast food brand represents a shift in tastes and consumer demand in rapidly-opening Myanmar that will have a wide-ranging impact on local life -- from service standards to women's traditional family roles.

Those behind the KFC deal are confident that the forecast expansion of Myanmar's consumer class -- a more-than sevenfold increase over the next 15 years -- will translate into surging demand among the population of 50 million. But industry experts caution that it will take time for the U.S. giant to build a significant customer base given the relatively high cost of premium fast food dishes. An average blue-collar worker in Yangon earns about $180 a month.

According to Andrew Tan, managing director of Consult Myanmar, a Yangon-based consultancy, Hollywood films and imported television programs are fueling the demand for Western fast food brands, despite the huge gulf between income levels in Myanmar and the West.

"Myanmar people [are generally still] quite poor and are willing to spend less than 1,500 kyat ($1.47) per meal, inclusive of a cup of tea, in Yangon," said Tan. "To eat in a Western fast food restaurant where a meal is going for at least 5,000 kyat is still quite unaffordable, except for rich people."

Yoma Strategic declined to say what the prices of KFC products in Yangon would be. Basic value meals sell for 199 baht ($6.07) in neighboring Thailand, but Myanmar's per capita gross domestic product is much lower, which may affect pricing levels.

Western-style food is already popular in Yangon, where a number of Asian companies have staked a claim on the market -- including South Korean burger and chicken chain Lotteria, which launched in April last year. Yet none has quite the cachet of a global giant such as KFC. "Myanmar offers significant potential for an international quick service franchise, with a growing consumer class that is forecast to grow from 2.5 million today to 19 million in 2030," Pun, executive chairman of Yoma Strategic, said in a statement when the deal was announced.

Kentucky-based Yum! has annual revenues of more than $13 billion and runs 40,000 restaurants worldwide, including the Pizza Hut and Taco Bell chains. It has indicated that it chose to start operating in Myanmar with its KFC brand because customers were already familiar with fried chicken.

"Launching Pizza Hut in Myanmar would be a bigger challenge as cheese is not something average Myanmar people eat, and getting acceptance will take some time," said Tan.

Fried chicken is already hugely popular. The social media excitement provoked by the apparent arrival of a KFC outlet in central Yangon a year ago -- quickly revealed to be an imitation venture -- must have cheered the U.S. company's foreign expansion team, if not those tasked with protecting its trademark.

"Compared to other markets, Myanmar is relatively unsaturated in the restaurant industry. We believe that there are sufficient opportunities for us to provide an even greater variety of tasty and nutritious food options to Myanmar's consumers," a representative of Yoma Strategic told the Nikkei Asian Review.

Analysts said Yum!'s partnership with Yoma Strategic would make it more difficult for American rivals to enter Myanmar while complying with continuing U.S. sanctions against the country.

The introduction of widespread political reforms under President Thein Sein has seen the easing of sanctions against Myanmar since 2012. However, the U.S. continues to bar American companies from dealing with a number of individuals who profited from links with the former military junta. This effectively prevents U.S. businesses from entering partnerships with most of Myanmar's leading companies.

According to Tan, finding a local partner was a "painful process" for Yum! "Most of the tycoons were on the U.S. sanctions list, and it had not more than two candidates to negotiate with. Yum! was not negotiating from a position of strength," he said.

"McDonald's will have a tough time entering the market, as one of the possible franchisee candidates [Yoma Strategic] is already tied up with Yum! It will have even less room to find a suitable partner in Myanmar," Tan said, referring to the U.S. burger chain. Washington's sanctions do not apply to Asian fast food companies such as Lotteria and Malaysia's Marrybrown, which opened in Myanmar in 2013.

Nicholas Farrelly, a research fellow at Australian National University's School of International, Political and Strategic Studies, said the entry of major global companies into Myanmar has the potential to convey wide-ranging benefits.

Farrelly said the staff training and product standards of big-brand names such as KFC, which has won praise for providing employment opportunity initiatives for disadvantaged workers in other countries, could make a long-lasting difference.

He also pointed out that demand for big-brand fast food was not new in Myanmar, adding that for years there has been a "quirky" trend for travelers to return home with boxes of pizza and bags of fried chicken as carry-on luggage on flights from Bangkok and Singapore.

"Many will inevitably bemoan the changes that such restaurants bring. Yet the overarching goal must be to manage their development and ensure that Myanmar society can enjoy a cascade of benefits from new employment opportunities and the implementation of more robust supply chains," Farrelly said.

He said it was also important that ingredients were sourced locally as much as possible. "Those companies that can make their Myanmar investments work for customers, staff and suppliers have an unusual opportunity to show the way as responsible corporate citizens in a system where good examples have historically been few and far between," Farrelly said.

Yoma Strategic did not reveal where it planned to source its meat. However Tan suggested that Thailand's Charoen Pokphand Group would be a likely source. The group, which already supplies much of KFC's chicken elsewhere in Asia, operates poultry farms in Myanmar and is in the process of doubling its local production of chicken to 10,000 metric tons a month.

However, Tan said it was likely to lead to social changes. "With the influx of foreign investors and the resulting growth in jobs, income levels and also property rental, more wives and mothers will [start going out to] work to supplement the family income," he said.

"With rising incomes, households where both husband and wife work, the magic of Hollywood, and the persuasive power of TV advertising, fast food would become a natural option."

"Myanmar people have a great thirst for Western brands and the Western style of consumption, given that the country was isolated from the world for the last 50 years," said Tan.