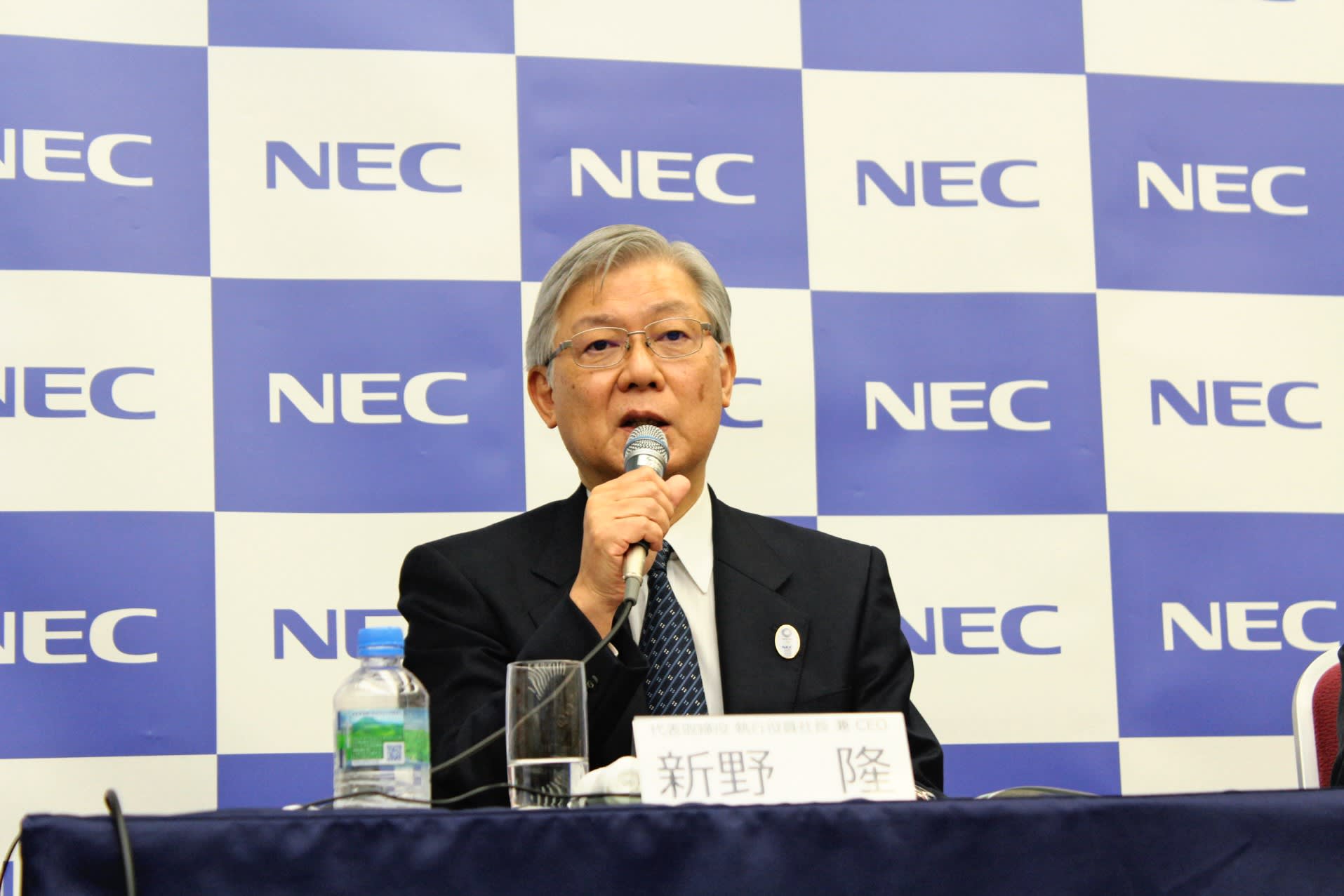 TOKYO -- NEC will offer early retirement packages for 3,000 of the 80,000 people employed in Japan by group companies next fiscal year, as it turns to restructuring yet again to help revive stagnant earnings in a fiercely competitive market.

Workers at the Japanese company's nine domestic factories along with back-office staff will be asked to leave voluntarily as part of a three-year management plan through fiscal 2020 released Tuesday. NEC expects to reduce labor costs by 30 billion yen ($275 million) by the plan's final year. It will consider consolidating factories as well.

NEC, which shed 11,300 workers in three rounds of restructuring since 2001, had indicated previously that it would not undertake further downsizing. President and CEO Takashi Niino called these new cutbacks a "painful decision."

Prior restructuring and the sale of struggling businesses including semiconductors and smartphones have failed to lift earnings out of the doldrums. Selling, general and administrative expenses -- not including research and development -- amount to 22% of revenue, and NEC thinks it needs to cut this figure to 20% or less to survive as a global company.

The new medium-term plan replaces a road map released in fiscal 2016 that was scrapped just last year. Like the old version, the new plan sets a goal of 150 billion yen in operating profit -- two and a half times the forecast for fiscal 2017 -- though it postpones the target date from fiscal 2018 to fiscal 2020.

Fostering new businesses with better growth prospects will be NEC's biggest challenge. The electronics company plans to prioritize security technology such as facial recognition systems, looking to quadruple sales in the business to 200 billion yen in fiscal 2020. It will maintain 130 billion yen for acquisitions, with an eye toward buying local businesses to drive expansion of sales channels.

NEC also looks to fatten profit margins by shifting focus from its specialty of custom-built systems to one-size-fits-all options, aiming to reduce development costs while accelerating delivery. Its telecommunications-related operations will pivot from equipment to services.

Investors do not have high expectations. NEC's market capitalization, which once exceeded 5 trillion yen, now sits in the 800 billion yen range, less than half the valuation of rivals NTT Data and Fujitsu.

NEC lifted its forecast for group operating profit for fiscal 2017 by 10 billion yen to 60 billion yen, representing a 43% increase from fiscal 2016. But the company could face tens of billions of yen in restructuring costs next fiscal year, which likely would cause operating profit to decline, an executive said.

Niino explained the decision to embark on yet another round of restructuring, saying Tuesday "we feared that if we don't do it now, we won't keep up with the speed" of the modern electronics industry.