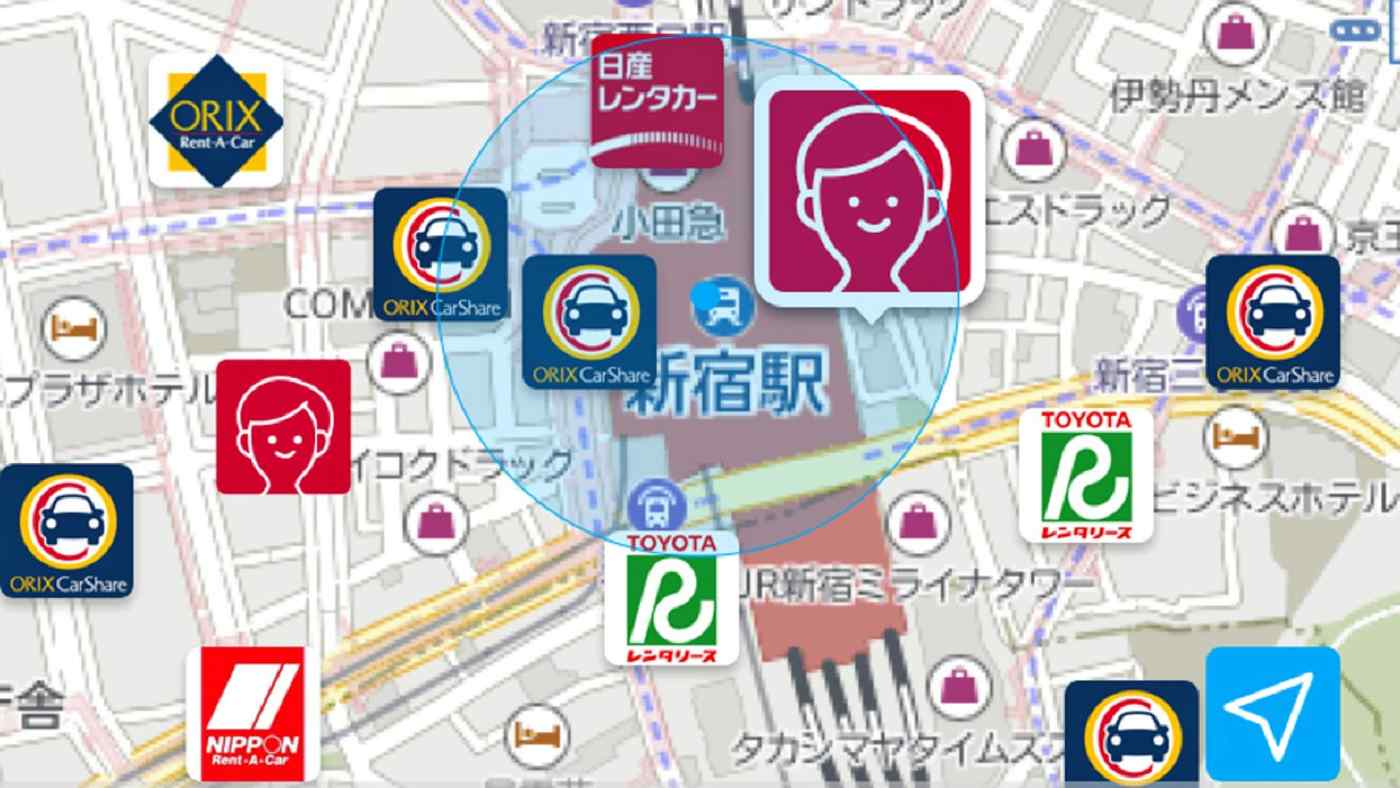 TOKYO -- NTT Docomo is looking for on-ramps to the automotive sector, forging deals and developing services to counter the active investment in fields like ride-hailing by rival mobile phone operator SoftBank.

Docomo's most recent actions include a plan to invest in JapanTaxi, which operates a taxi-hailing app, and a partnership announced Wednesday with Mercedes-Benz Japan for a luxury car test-drive service.

JapanTaxi is part of the Nihon Kotsu Group, one of the country's biggest taxi operators. Docomo will acquire a 5% stake in this app developer for about 2 billion yen ($18 million) through a third-party allotment of new shares, becoming its third-largest shareholder after Toyota Motor and the Mirai Creation Fund of the Sparx Group.

In May, Docomo launched My Daiz -- a service that uses artificial intelligence to recommend different services, including JapanTaxi's app, to users. Docomo wants to broaden the appeal of its "d points" loyalty program through the investment, such as by letting members earn and spend points through the app.

The Japanese mobile phone operator is making further inroads into car-sharing as well. The "d car share" service launched November allows users to rent cars from each other or rental agencies without any kind of registration fee. On Wednesday, Docomo said the service will also let users test-drive latest Mercedes-Benz models for two hours starting in August.

Rival camps are rapidly forming in Japan for ride-hailing services. Uber Technologies and Didi Chuxing, two operators of leading ride-hailing services in the U.S. and China, respectively, are both looking at potential opportunities in Japan. Both also happen to count SoftBank Group among their investors. Didi, in fact, plans to use a joint venture with SoftBank to provide a dispatch platform for taxi companies starting this fall.

To counter SoftBank, Docomo intends to develop automotive-related services into a pillar of its nontelecom operations. Operating profit in Docomo's telecommunications business remained flat last fiscal year, while that of its "smart-life" division grew 26%.