Need to work on the fly? Japan has a 'phone booth' office for that 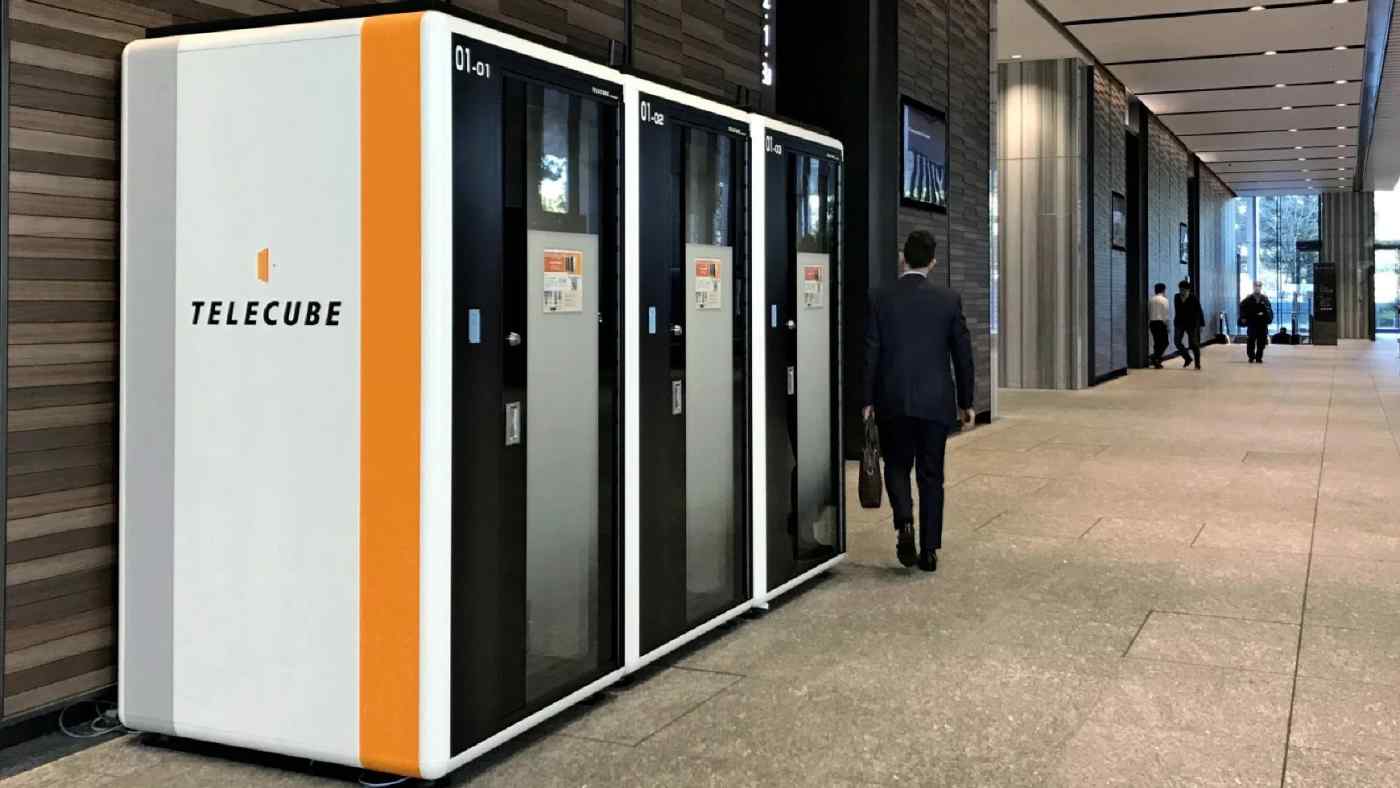 TOKYO -- Japanese developer Mitsubishi Estate and its partners are planning to set up phone booth-sized offices at airports and train stations to provide work space to the country's growing legions of remote workers.

The property developer will start a new company as early as next month with videoconferencing software maker V-Cube and office furniture maker Okamura, the co-developers of the so-called Telecube. The plan is to build 1,000 tiny offices, which are designed to be rented by the hour, throughout the country over the next four to five years.

Remote work is on the rise in Japan and is expected to continue to grow, spurred in part by hopes that it can help alleviate expected transit congestion when Tokyo hosts the Olympics next summer.

The booths are 2 meters tall with a floor space that measures just over 1 sq meter. They are wired for IT services and come equipped with a desk and chair.

The booths will be rolled out first in the lobbies of office buildings and commercial facilities operated by Mitsubishi Estate. The partners are also in talks to have them set up in buildings run by other developers, as well as at public transit stations and airports.

Having widespread micro-offices would make it easier for people to work near home or while on business trips. The cubes also avoid the pitfalls of working in cafes or shared offices, such as a lack of privacy and noisy surroundings.

In November 2018, Mitsubishi Estate began renting out private offices by the hour on a trial basis in its buildings. It currently operates about 20 such offices across 10 locations in the Tokyo area.

Fellow developers Mitsui Fudosan and Tokyu Land are working to set up shared office spaces. But progress has been slow, in part because shared offices tend to rack up greater operational costs than regular office buildings. The work booths, by contrast, are simple to set up, letting Mitsubishi Estate and its partners keep costs down while seeking more locations.