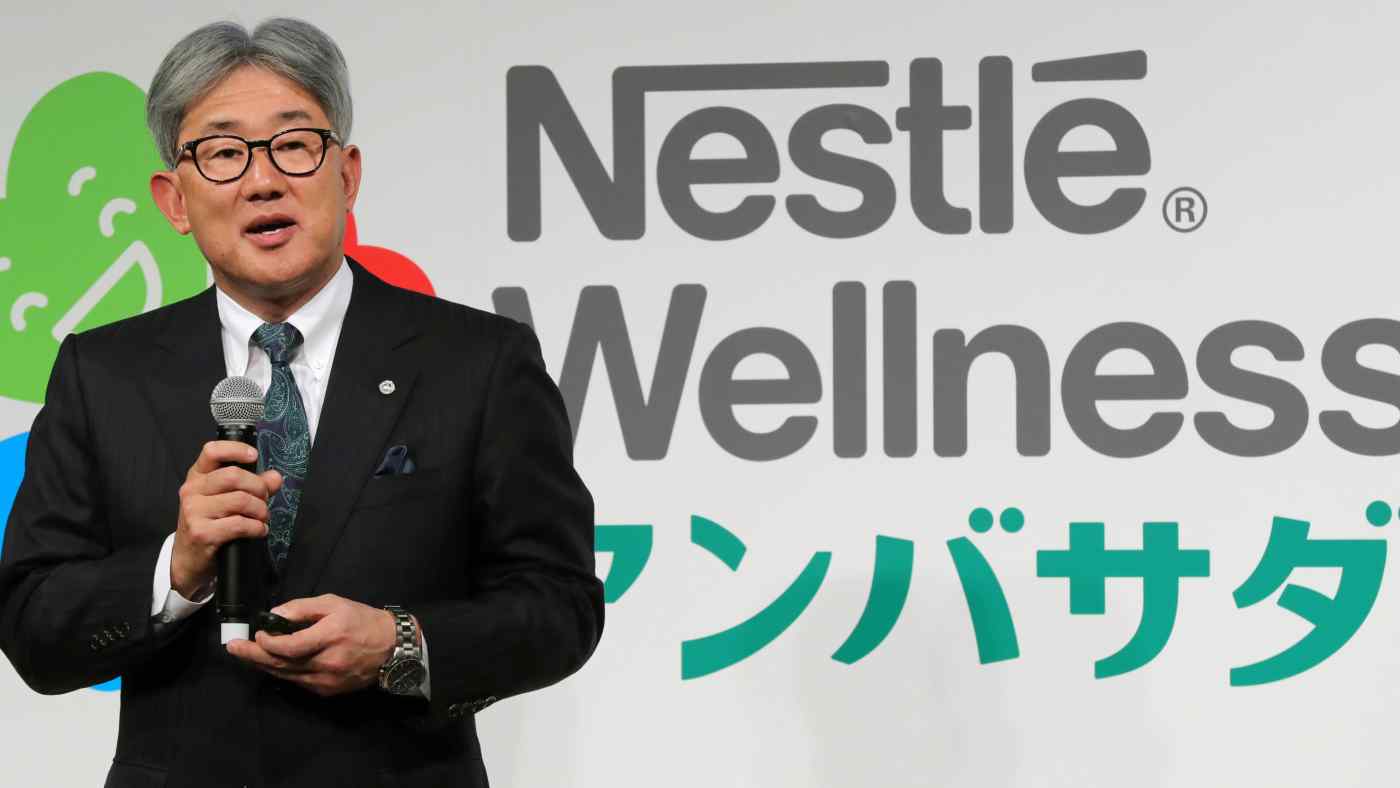 TOKYO -- Nestle Japan, a subsidiary of the Switzerland-based food and drinks company, is planning to develop what it hopes will be a growth area of health services for aging societies.

Kozo Takaoka, CEO of Nestle Japan, on Monday announced its new health care platform, which provides customers with nutritional advice based on their blood and DNA test results as well as their dietary habits, in an example of the local arm starting to change the business model of the company known for its Nescafe coffee and KitKat chocolate brands.

Takaoka emphasized that the health strategy in Japan could provide a model for the company's behavior in advanced countries, where populations are aging and declining. He revealed that company executives in Switzerland were following the innovations at the Japanese unit and visiting the country to witness progress. Nestle Japan has maintained high profitability for several years, leading Takaoka to take on the role of Chief Innovation Officer at Nestle headquarters.

Nestle Japan's "Nestle Wellness Ambassador" subscription platform offers services including sales of specialized green tea-flavored nutritional supplements, with vitamins, magnesium or calcium. It uses chat app Line, where customers can post pictures of their meal, which can then be analyzed by artificial intelligence to see what nutritional elements the meal lacks. In addition, the results of blood and DNA tests, which can be carried out at home using a needle or spatula kit, can be used to analyze that person's future health risks.

The company gives food advice and can recommend products out of a range of 17 different supplements according to individual data, thus enabling customers to easily boost their health. The Ambassador program, which launched in October 2017, has so far attracted 90,000 subscriptions. 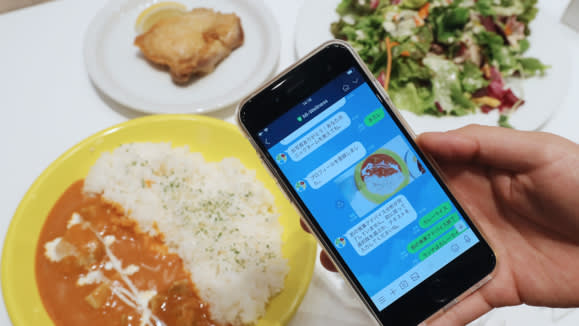 Nestle has linked up with Genesis Healthcare and Halmek Ventures, both Japanese startups which examine DNA and blood tests. It also announced an alliance with French insurer Axa to promote the Nestle Wellness Ambassador to company employees, as well as to build new health care services using the two companies' customer data.

The health care industry has been the subject of competition from various sectors, including food, cosmetics and even tech-focused companies.

Takaoka stressed the importance of "solving a customer's unconscious problem," adding that the new services would help customers find nutrition that is personally tailored to them, rather than simply providing them with countless supplements.

Developments at Nestle Japan have been leading the profitability of the wider company. In 2017, Nestle's overall sales were up 30% from 2010, while operating profit was up nearly 80% on 2010. In 2017, Nestle Japan's sales rose 2.8%, a much steeper rate than in the company's developed markets, where sales as a whole rose 0.7%.

Even though the number of cups of Nestle coffee drunk at home has been declining in recent years due to fewer people per household, the company's newly developed, highly profitable businesses areas have seen success. One of these, under the Nescafe Ambassador program in Japan, supplies coffee machines to office workers who then sell Nescafe coffees to colleagues. The program started in 2012, and currently has 400,000 subscribers.

Takaoka said that, "in the 21st century where technology has advanced at such a rapid pace and certain developed countries are seeing [a declining population], the health care industry is the only way for food companies to survive."

His business has been developing an e-commerce operation in Japan, with sales set to reach 20% of the total -- which is "tremendously high compared to other food companies." Takaoka said the company could, in the near future, draw on huge pools of data to compete with big tech groups, such as e-commerce group Amazon or electronics company Rakuten. Health care is a sector with high demand for personalization, he added.

As a food company, Nestle Japan does not claim the health benefits of its products, but recommends them based on examinations by medical companies. Such a model requires the input of partners from different industries, thus Takaoka is aiming to enlarge its healthcare platform, allowing users to be fully informed about their current and future health conditions in one place.

"Board members from Switzerland are already visiting Japan," he said, to look at the possibility of expaning similar healthcare projects in other Nestle markets.

Nestle Japan already has experience of expanding its business to other markets. In October 2017, it opened a Japanese KitKat store in South Korea, selling chocolate bars dusted with candied fruit and other chocolates developed to Japanese tastes. In May, it began online sales of high-quality Nescafe products in China.