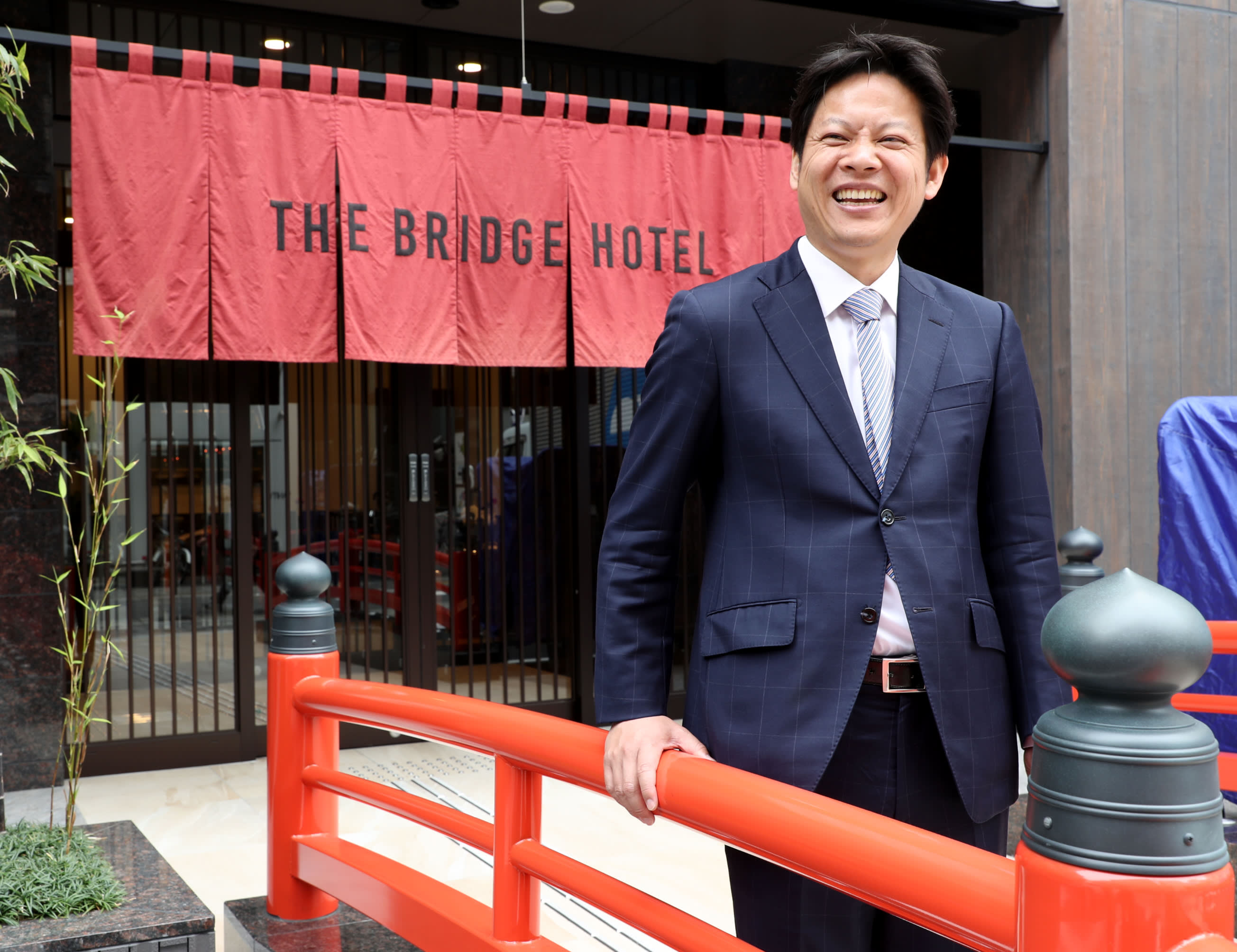 OSAKA -- A hotel that opened last year in Osaka has become a hit with some foreign tourists by offering a number of Japanese culture and lifestyle events -- and free ramen.

In March, TripAdvisor, a site that crowdsources hotel reviews and lets users compare rates, surprised Japan's tourism industry by ranking The Bridge Hotel No. 1 among some 300 hotels in Osaka. For a time, The Bridge Hotel was placed above prestigious names like The InterContinental, The Ritz-Carlton and the Imperial Hotel. The newcomer remained No. 1 for about six weeks, supported largely by tourists from Hong Kong, Taiwan, South Korea and Thailand.

The mid-tier hotel is located in the city's youthful Minami enclave. It employs workers from a range of countries. Its biggest selling point is the variety of experience-based events it regularly holds.

A calendar in the hotel lounge shows kimono and takoyaki-making lessons. Takoyaki are octopus-filled dumplings, considered an Osaka specialty.

Every night at 10, 200 free bowls of ramen are served in the dining room. In the lounge, massage chairs are free to use throughout the day.

The perks are the brainchild of Mingen Hashimoto, the 42-year-old younger brother of Seiken Hashimoto, the president of Oukyuu, the hotel's operating company. The business was founded by the brothers' native Chinese grandfather some five decades ago.

Before Oukyuu opened the new hotel last year, Hashimoto had been serving customers at the nearby Dotonbori Hotel, which his grandfather opened in 1970. That hotel had gone through some hard times, but about seven or so years ago began experiencing a turnaround, largely thanks to Hashimoto's focus on attracting foreign tourists and offering experiential stays.

Out of college, Hashimoto strayed from the family business and went to work for a maker of prosthetic legs and wheelchairs.

However, a visit to his grandfather's hometown in China at the age of 23 made Hashimoto look at the business his grandfather had built with a new appreciation. In Yangzhou, Jiangsu Province, houses did not have lavatories nor access to gas. Floors were earthen.

It was a life his grandfather wanted to escape. So he did, after World War II, settling in Osaka, where he strived to make his family's life easier. He opened a diner, a sento communal bathhouse and several other businesses. Nearly 50 years ago, he opened the Dotonbori Hotel.

Hashimoto felt he had to keep the hotel at any cost. So he quit his job at the medical equipment maker and moved to China to learn Chinese.

A year later, he got a job at a four-star hotel in Shanghai. He later moved to another hotel, where he learned everything he could about hospitality. Many of these lessons were bitter.

He was in charge of taking care of Japanese customers -- a job that kept him on his toes 24 hours a day. He remembers one guest in particular. The guest had grown angry claiming the hotel's services are too poor, and summoned Hashimoto to his room, where the guest insisted that Hashimoto get down on his knees and beg for forgiveness.

Hashimoto was devastated. "We tried to make customers smile and have a great time," he recalled. "But why do [hotel clerks] have to be looked down on?"

After thinking over the situation, Hashimoto decided that the way to keep guests happy -- and prevent angry tirades -- is to deliver experiences that go beyond their expectations.

After returning to Japan, he began working for Oukyuu, the family business, spending most of his time exploring ways to improve services at the Dotonbori Hotel. He wanted to offer customers a moment they would like to remember for a long time.

In 2008, Oukyuu opened a bank account in Hong Kong and began directly dealing with local travel agencies. The Dotonbori Hotel gradually gained a reputation among Hong Kong and Taiwanese tourists as a top-class Osaka inn.

When the 209-room Bridge Hotel opened last year, Hashimoto was assigned to oversee it. His goal? To make the hotel a "bridge" between Japan and the rest of the world.

"Superficial services by themselves cannot show people from overseas the generosity and delicate hospitality that are unique in this country," Hashimoto said. If a guest is sick, a clerk from The Bridge Hotel accompanies him or her to a hospital. When a customer arrives in the morning, the hotel does not charge extra for an early check-in.

Now guests can go to TripAdvisor or even write letters to the hotel to tell of their experience. Comments like, "I grew to love Japan even more than before" are gems to Hashimoto's eyes.