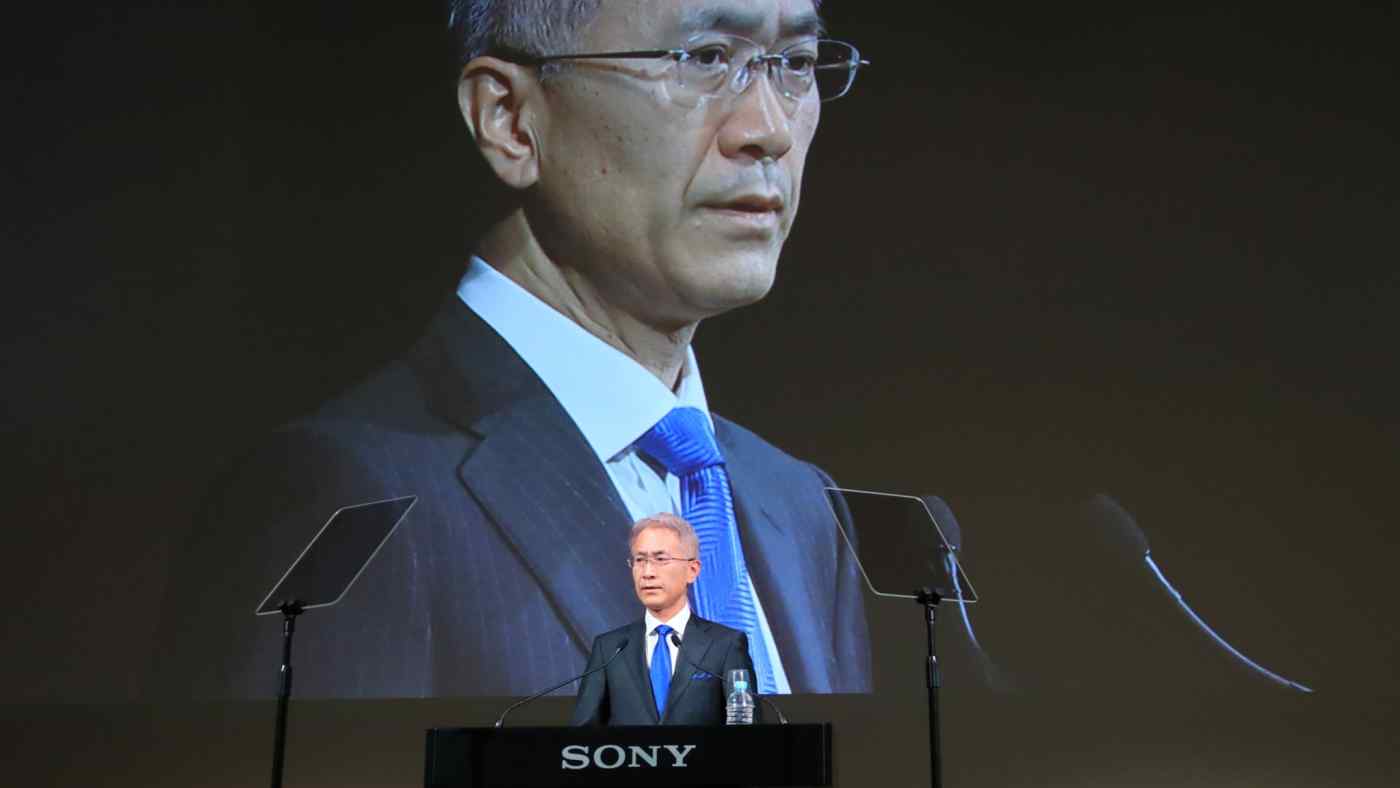 TOKYO -- Sony was once synonymous with innovation, but it has not had a hit like the Walkman or PlayStation in years, a situation CEO Kenichiro Yoshida hopes to turn around by fostering new businesses in fields like artificial intelligence and self-driving cars.

"For the last 10 years, we haven't really laid the groundwork" necessary to develop path-breaking products, Yoshida reflected in an interview with Nikkei and others Wednesday, a day after the company released its midterm management plan.

But Yoshida is not looking for fads or cheap tricks. "I feel it is important to launch projects that will not mature in my tenure in office," said Yoshida, reflecting on Sony's recent habit of chasing short-term targets.

The company posted its highest operating profit ever in the year ended March, but it took 20 years since the last record. Equally telling is that the result stems from reorganization efforts rather than successful products.

Robot dog Aibo is about the only innovative product on Sony's roster in recent years. The company has foregone groundbreaking research and development in favor of refining existing products like smartphones and televisions.

Yoshida, however, plans to use Sony's 2 trillion yen ($18.1 billion) in expected operating cash flow over the next three years to build up customer data and cultivate new businesses. The company's gaming segment alone has 80 million monthly users. Although that is far from giants like Google, Yoshida hopes the company can use differences in their fields "to create something new."

AI-powered analysis of customer preferences and behavior, including data from financial services like insurance, could lead to new businesses. Sony will expand its ability to gather data through its taxi-hailing app, which is under development, and other services. For the long term, Sony is also focusing on mobility-related fields. In addition to improving the development of sensors for self-driving cars, the company will analyze basic data to uncover new business opportunities. It will also concentrate on next-generation 5G mobile service, which "could impact all products," said Yoshida.

Sony's share price has sunk for two straight days since releasing its midterm strategy as investors respond to the decision to refrain from setting an operating profit target and struggle to see its growth strategy. But the reaction "is likely factored in now," the CEO said.

Yoshida was praised by the market during his days as chief financial officer, but only time will tell if investors favor his strategy as CEO.