TOKYO -- "Do you need me to tell everyone your life story?" asks Lia as she appears on a screen, offering to introduce the speaker. Her wrinkles and moving eyes make her look like a real person, but she is a digital humanoid.

The company looks to produce thousands of digital humanoids in the next three years, with plans to expand into Asia for the first time in the next 12 months.

In Asia, Soul Machines will launch projects with companies in Japan and China in the first half of next year. It also wants to expand to Southeast Asian countries like Singapore.

"We tend to look for industries where we know they are going to go through substantial change, such as banking, autos, health care and education," Chief Business Officer Greg Cross told the Nikkei Asian Review in an interview on the sidelines of FIN/SUM 2018, an annual financial technology summit in Tokyo sponsored by Nikkei. Cross declined to disclose the partners' names or their industries.

"The Chinese market is hugely exciting," Cross said, as "there are opportunities to leapfrog industry infrastructure" that is relatively underdeveloped, lacking sufficient access to health or financial services.

"Over the next few years we would expect our team to grow to as many as 200 to 300 people to support the business," Cross said.

One of these humanoids can be created and implemented for "less than half a million dollars," according to Cross. The company charges annual subscription fees based on factors such as the number of personalities and languages, as well transaction fees that vary with the number of conversations.

The startup was co-founded two years ago by Mark Sagar, who won sci-tech Academy Awards for the films "King Kong" and "Avatar." It has attracted investors including Hong Kong-based Horizon Ventures, as well as founders of Facebook and Google-owned AI company DeepMind, the developer of the AlphaGo program.

Unlike competitors that feed prerecorded content into a chat box, "we are actually autonomously animating these digital characters using brain models to synthesize human behavior in real time," Cross said in his speech at FIN/SUM.

"There are some jobs that digital humans and AI can do better than real humans," Cross told Nikkei in an interview, mentioning customer support. Humanoids become practical for providing personalized services to a large number of users, collecting information and learning in the process. They are better than humans at providing specialized information and analysis based on vast quantities of data, he added. 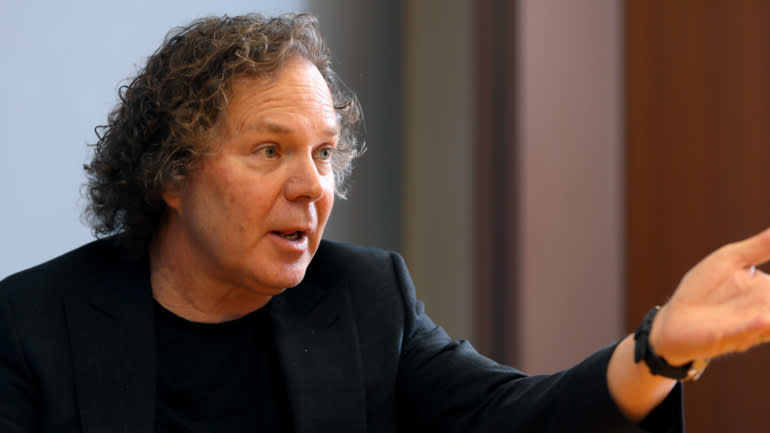 The idea is that the more humanoids resemble humans, the better they can interact with and be trusted by them. "If you are on a self-driving car, how do you trust that machine?" asked Cross, suggesting that an artificial chauffeur may help.

Humanoids would also benefit from technological developments by other companies, such as improvements in the accuracy of natural-language processing. Even physical humanoid robots are possible if other companies develop technology that imitates the movements of human facial muscles, Cross said.

A recent report by McKinsey & Co. estimates the potential annual value creation of deep learning to reach up to $5.8 trillion.

Digital AI avatars are better able to overcome technical limitations than robots, which may not be able to walk with humans or make facial expressions, according to Takuya Iwamoto, a human-computer interaction (HCI) researcher at Japanese internet company CyberAgent.

Other companies, such as New Zealand startup FaceMe or Japan-based alt Inc., are working on digital avatars that can interact with humans. "It seems like a logical move for IBM Watson [or other AI engines] to gain a more real presence," said Iwamoto.