Next chief pledges to make MUFG a nimble bank 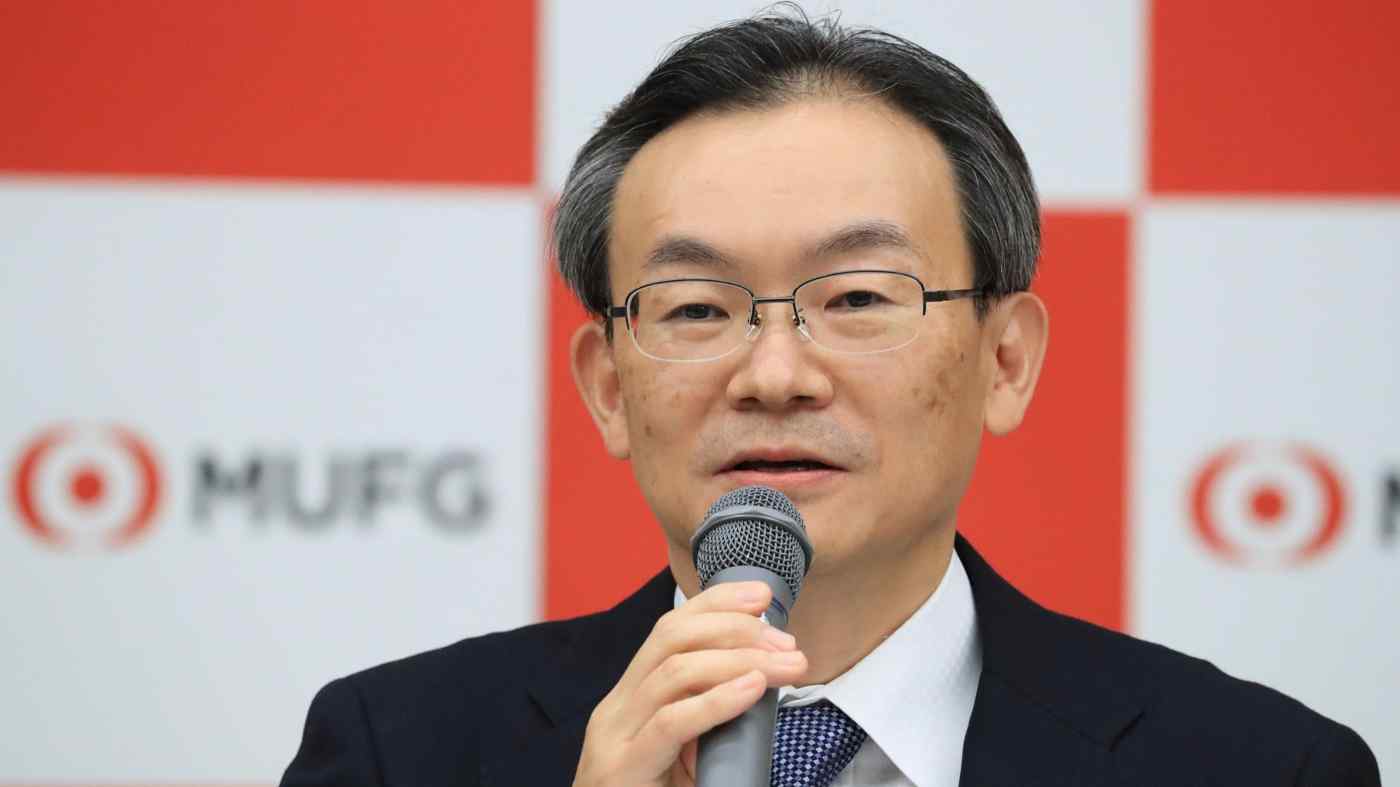 TOKYO -- The incoming president of MUFG Bank said Thursday he will make Japan's largest bank a nimble player that will stay ahead of the sweeping changes that are engulfing the banking industry.

The appointment of 55-year-old Hanzawa, effective April 1, comes as the industry faces unprecedented challenges. The coronavirus pandemic has created an economic crisis that could result in a sharp increase in loan defaults. It has also resulted in a sharp drop in interest rates, making it difficult for banks to earn interest on loans.

The challenges facing MUFG, a core unit of Mitsubishi UFJ Financial Group, was made evident last month when the financial conglomerate reported earnings for the April-September fiscal first half. Pretax profit jumped 18% from a year before, but nearly half came from market trading activity. Domestic banking operations suffered double-digit declines.

Experts have said that such a stellar performance is unlikely to last and that MUFG and other megabanks in Japan need to establish a new business model.

The challenges are made even more difficult by the country's aging and shrinking population, making it harder for banks to find lending opportunities.

In such a business environment, cost-cutting is inevitably going to be a key focus for the incoming president.

"Will the domestic market grow for commercial banks? That's hard to expect. But it's still possible for us to grow by accelerating digital transformation," Hanzawa said.

Hanzawa will replace Kanetsugu Mike, 64, who has served as MUFG Bank president for the past three years. The head of the group, Hironori Kamezawa, will stay on. With the appointment of a much younger executive, MUFG Bank aims to send a message that it is willing to change its highly conservative image.

"I come to this task with a sense of crisis," Hanzawa said. "If we continue the same old way, we will never be able to become a player that leads the industry in terms of digital transformation," he warned. "I want to respond to this situation by listening to the voices of young people."

Throughout his career at MUFG Bank, Hanzawa has helped handle difficult tasks facing the company. He was involved in the designing of a holding company -- the first for a Japanese bank -- the merger with UFJ Bank, the handling of the economic crisis in the wake of the 2011 earthquake and tsunami, and the integration of MUFG Bank and Mitsubishi UFJ Trust and Banking.

Hanzawa is currently overseeing the bank's global governance as chief compliance officer. His mission, internationally, is to lift the standards of the bank's operations across Asia.

In the past decade, MUFG has sharply expanded its operations across Southeast Asia by acquiring Bank of Ayudhya in Thailand, Bank Danamon in Indonesia and Security Bank in the Philippines. Hanzawa said these banks also need to accelerate their digital transformations.

"Asia is our second mother market," added Mike, the current president, in the news conference. "Asia will continue to be the most important market for us. But our operations need to be made leaner through structural reform."

Hanzawa's appointment has drawn wide public attention in the country because he is widely believed to be the model for a popular TV series about a courageous midlevel banker, "Hanzawa Naoki."

The author of the series, Jun Ikeido, joined the bank in the same year as Hanzawa, 1988. In the drama, the fictional character doesn't hesitate to challenge upper management and unreasonable bosses.

Hanzawa said he is aware that he is often compared to this fictional courageous character and wants to meet the high expectations the public has of him.