Nidec to add plant in China's Dalian for electric-car motors 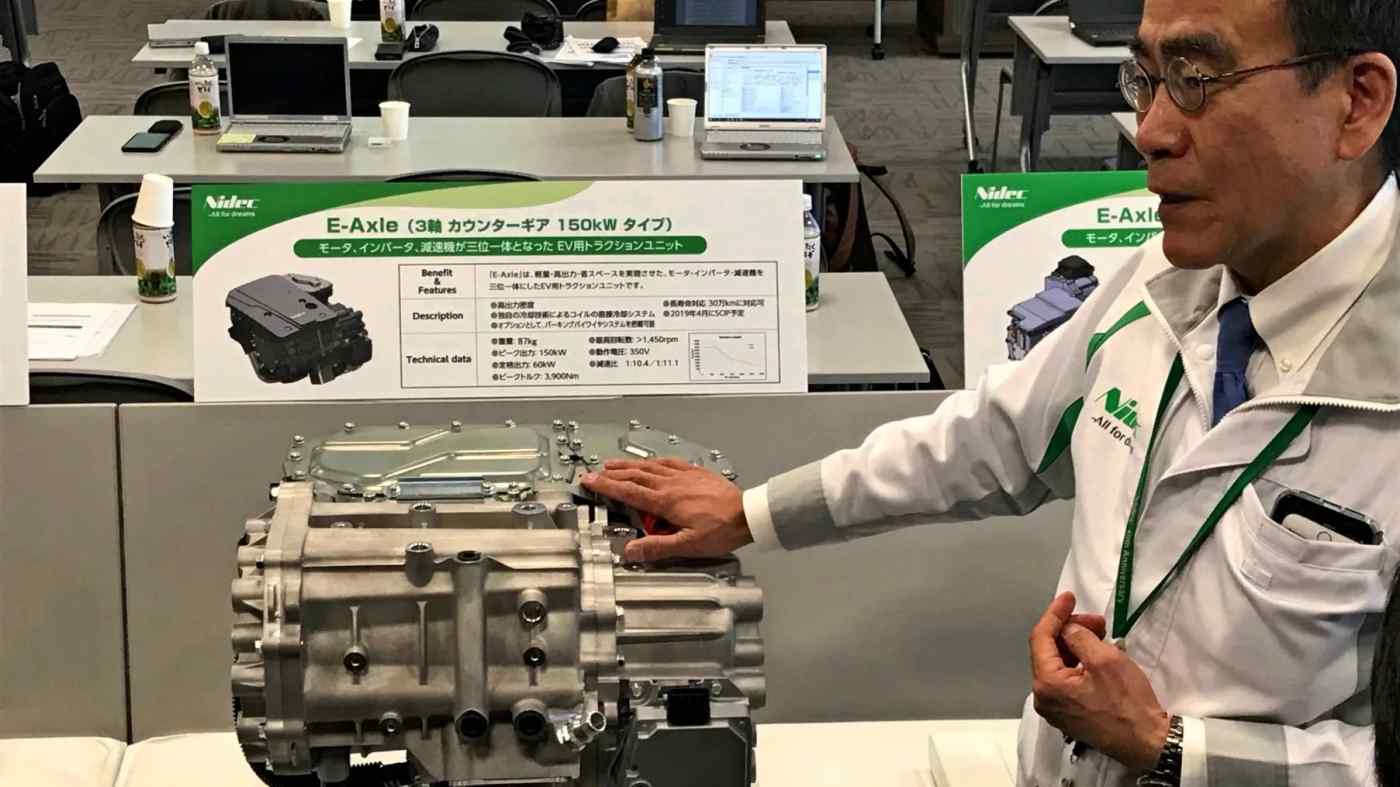 BEIJING -- Nidec, Japan's leading electric motor manufacturer, plans to invest $500 million in a new electric-vehicle motor factory in China, doubling down on a field with high hopes for growth, Nikkei has learned.

The production center will be built in Jinpu New Area, a hub for foreign-owned corporations, in the port city of Dalian in Liaoning Province. Nidec executives and senior provincial officials signed a memorandum of understanding this month at the company's headquarters in Kyoto. Nidec already operates a plant in Dalian that makes components such as fans and motors for computer peripherals.

The facility will be the company's second facility in China to focus primarily on electric-vehicle motors. Operations are expected to begin around 2021, according to a source close to the Liaoning government. Details regarding output capacity have not been disclosed.

Nidec is positioning automotive motors as a growth segment. "China is a massive market and a leader in electric vehicles," President Hiroyuki Yoshimoto said Wednesday during an earnings briefing.

Nidec fired up its first mainland electric-vehicle motor factory this month in Zhejiang Province. It plans to invest as much as 30 billion yen ($268 million) to double capacity at the site from the current 600,000 units per year.

The bet on electric motors comes amid slumping sales elsewhere. Nidec reported Wednesday its first drop in annual net profit in six years for the year ended March 31. The decrease owed partly to sluggish sales of appliance components and motors for conventional autos as Chinese manufacturers cut back on capital spending amid the trade war with the U.S.

But Chinese demand for electric-vehicle motors remains brisk, and Nidec foresees growth continuing for the medium to long term. Guangzhou Automobile Group's electric-vehicle arm adopted Nidec motors for mass-market electric vehicles last year, and it decided this month that a new electric-car model will use the motors as well.

Nidec aims to take in 2 trillion yen in sales by fiscal 2020, with the automotive business contributing 600 billion yen.