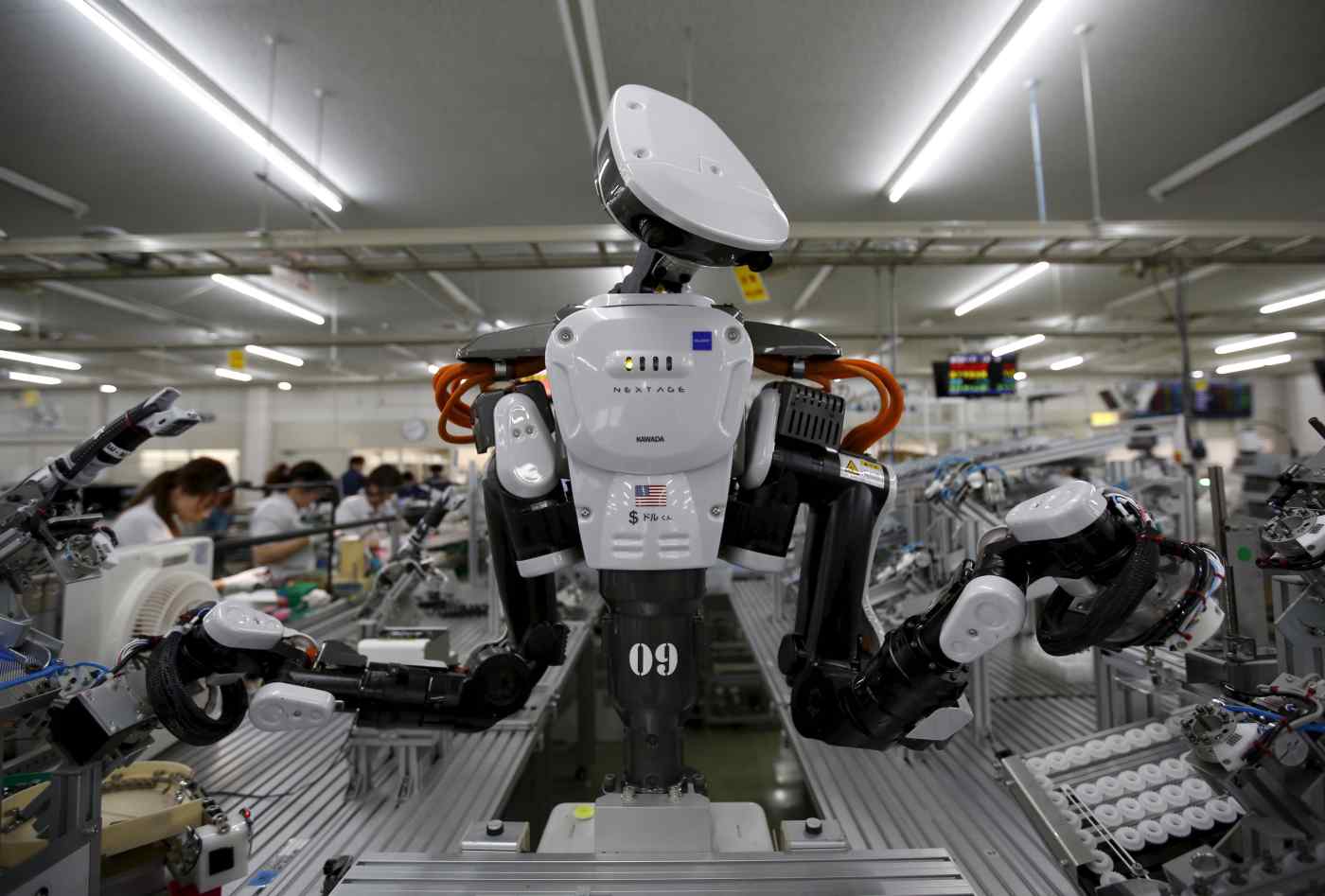 The company, best known as a manufacturer of motors for hard-disk drives, is stepping up investment in response to a surge in demand for robot components in Japan as the country automates to cope with a labor shortage.

Nidec is considering two to three acquisitions small or medium size acquisitions, worth up to 10 billion yen each, in robotics and press machinery as it aims to expand its product line. By combining these assets with previously purchased European and U.S. companies, Nidec hopes to offer a range of products for factory automation.

The company recently invested 15 billion yen to convert a smartphone parts factory to production of robot components. The plant, in the central Japanese prefecture of Nagano, went online Wednesday. It increases the company's capacity to make tiny reduction gears used in robot joints.

Nidec is expanding to meet demand from robot makers, which, in turn, are running full tilt to fill orders from manufacturers hit by labor shortages in Japan.

In addition to expanding production in Nagano, new investment in plants in Kyoto and the Philippines will increase monthly capacity about seventeenfold to around 170,000 units. By fiscal 2020, Nidec-Shimpo's share of the global robot components market is forecast to grow to 50% from 10% at present, according to company estimates, with revenue rising to 100 billion yen that year from 65 billion yen in fiscal 2017.

Nidec forecasts sales of 2 trillion yen for fiscal 2020 as it moves into components for cars, consumer electronics and robots.