TOKYO -- Nikka Whisky Distilling will expand a distillery it once scaled down as surging demand for the Japanese whiskies catches the industry short.

The Asahi Group Holdings unit will boost storage for unfinished whisky by 40% at its Miyagikyo Distillery, located in the northeastern Japanese city of Sendai. Distilling capacity has already been raised, but storage was lagging.

Announced on Wednesday, the expansion will be completed by 2021 at a cost yet to be determined.

It follows 6 billion yen ($54 million) in companywide capacity investments from 2015 to 2017. A production line that had been shut down amid a period of waning demand went back into operation. Nikka has also procured more casks for aging whisky. 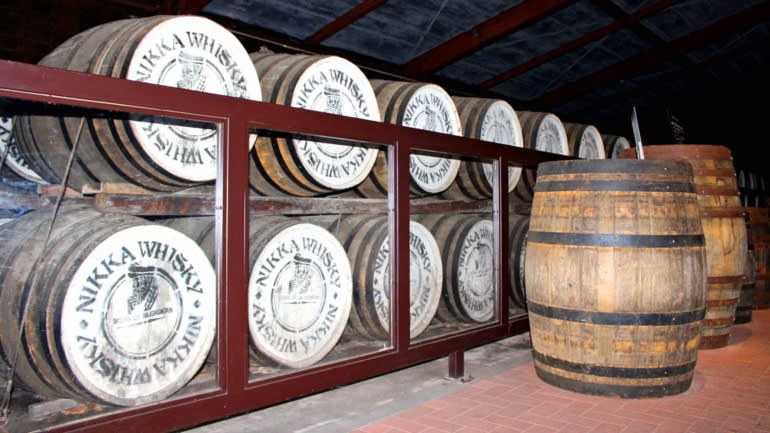 Casks of Nikka whisky wait to be bottled to meet fast-growing demand. (Photo by Hiroshi Asahina)

To commemorate Miyagikyo's 50th birthday in May, Nikka will sell a pair of limited-edition whiskies starting March 12.

Demand for Japanese whisky has outstripped supply, thanks to rising international recognition and inbound tourism.

Online prices of Suntory's Yamazaki 12 Year Old shot up last year, and a rare bottle of a 50-year variety sold at auction in Hong Kong for over $340,000.