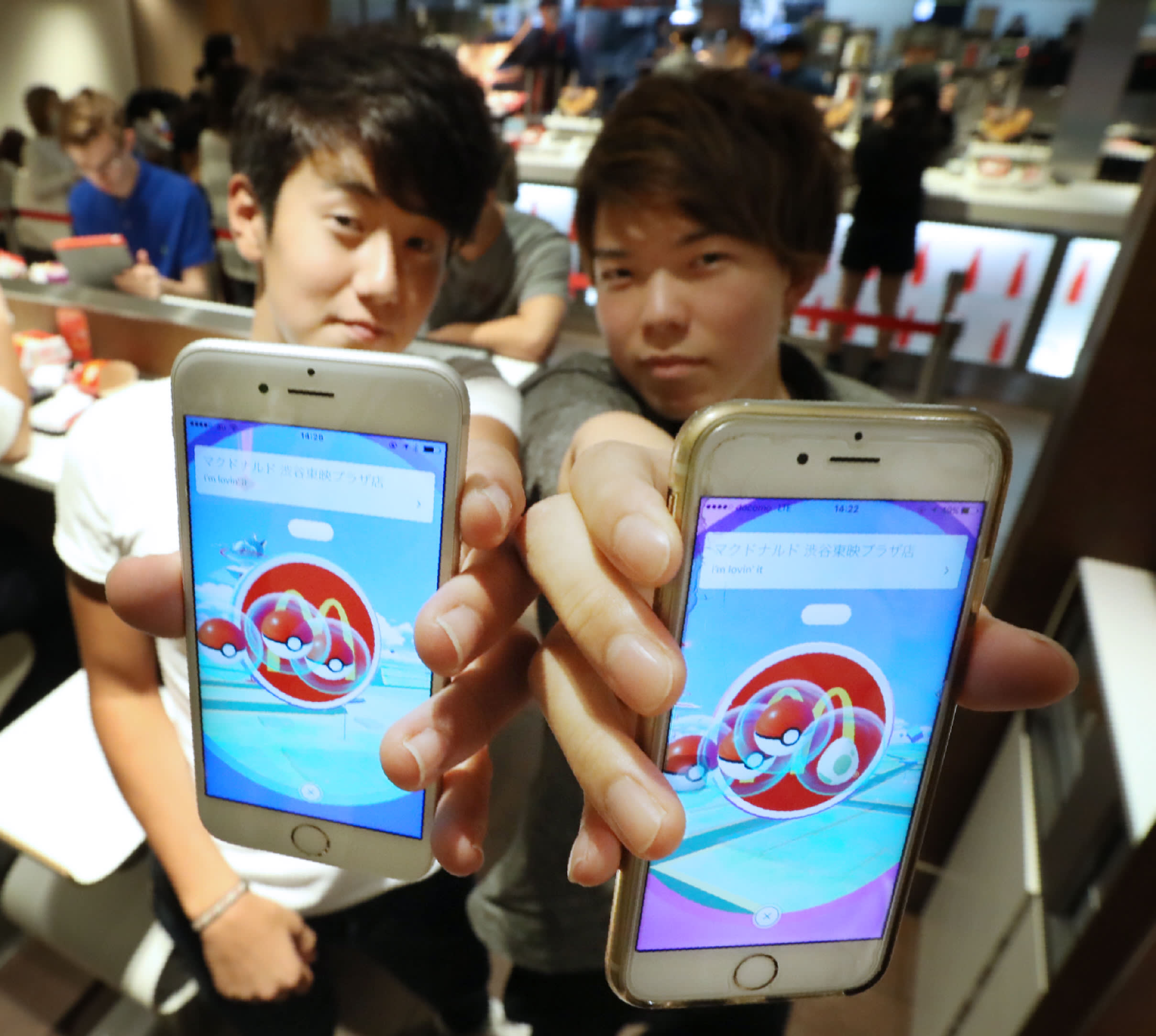 TOKYO -- The Japanese release of the "Pokemon Go" smartphone game on Friday propelled Nintendo shares higher in morning trading, with the stock rising as much as 6.9% from the previous day's close, to 29,920 yen. By the end of the day, however, the stock was up just 0.8%, at 28,220 yen.

In terms of value, 726 billion yen ($6.84 billion) worth of Nintendo shares exchanged hands on Friday -- the second-highest level attained by one stock in a single day. The stock narrowly missed the record of 732.3 billion yen it set on Wednesday.

The augmented reality game, developed by Nintendo and partners Pokemon Co. and Niantic, had already sparked a craze in the U.S. and other countries before its release in Japan.

The stock seesawed on Friday as profit-taking overwhelmed buying early on, before the trend reversed when the release was officially announced.

Shares of Sanoyas Holdings, whose subsidiary operates Pokemon-related facilities, and McDonald's Holdings (Japan), which announced a tie-up deal with the game on Friday, were also actively traded.