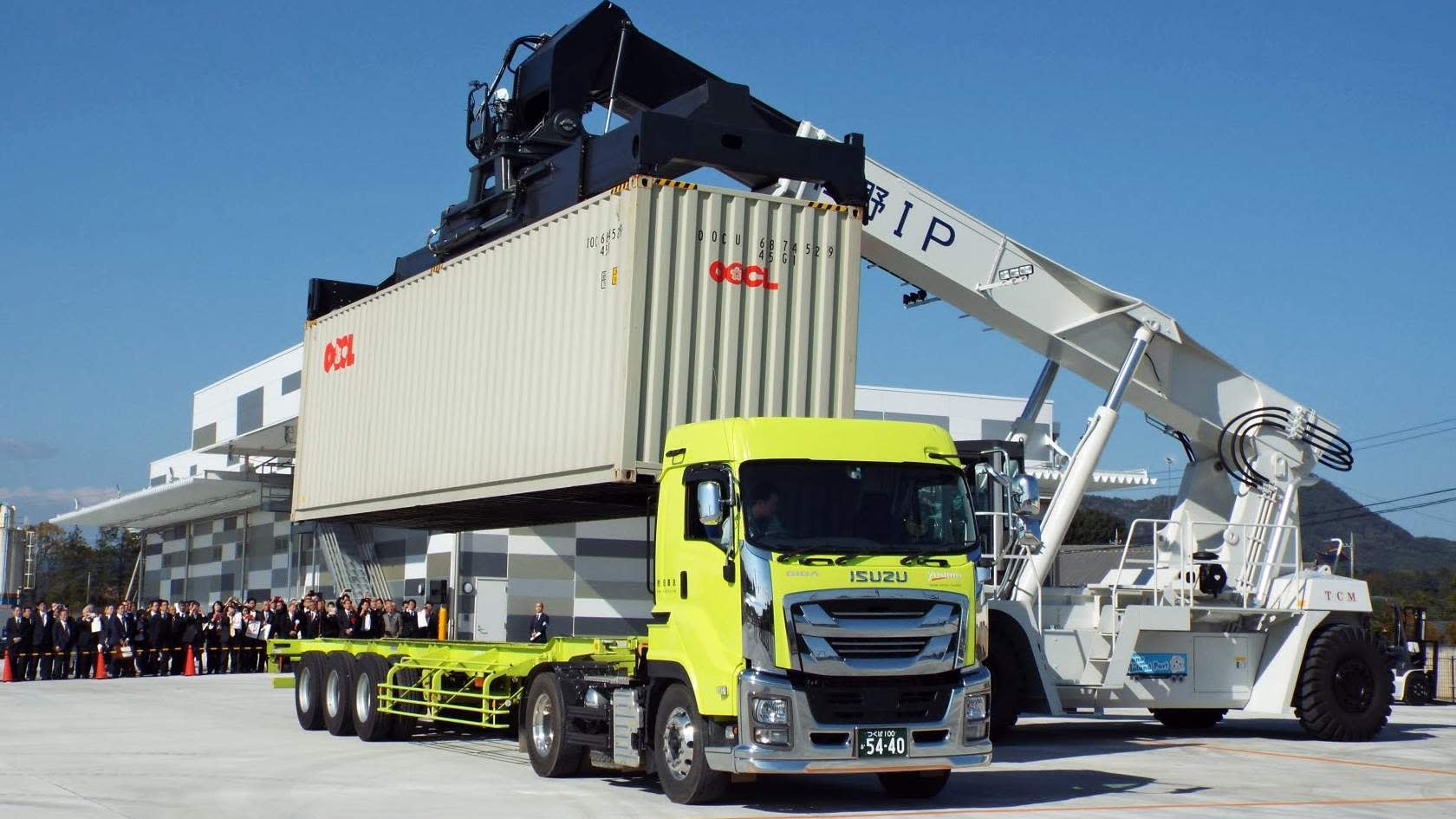 TOKYO -- Nippon Express, Japan's biggest logistics group, will start raising wages for 6,000 contract workers to the same level as full employees this April in an attempt to gain an edge in the intense battle for drivers and warehouse staff.

The Tokyo-based company will comply with an "equal pay for equal work" rule one year ahead of April 2020, when the rule will be imposed on big corporations under a new labor law. The legislation, a key piece of Prime Minister Shinzo Abe's effort to transform how Japan works, is set to take effect this April.

Starting then, Nippon Express will increase the pay of about 6,000 nonregular truck drivers, forklift operators and administrative workers and other staff in Japan so that their remuneration rate matches that of their full-time counterparts, the company said Friday.

Nippon Express is also considering offering these workers the same level of benefits as regular employees, likely including maternity leave. The company expects these changes to raise costs by 10 billion yen ($90 million) in fiscal 2019.

The company hopes complying with the equal-pay rule ahead of time "will help us secure talent and increase employee motivation," Chief Operating Officer Hisao Taketsu said Friday at a briefing on the company's medium-term plan, which includes the new pay policy.

"Employees have shown a high level of interest" in the pay initiative, said a company manager. "We have to close the gap not just in terms of compensation but also for employee benefits, to the extent possible."

Other big corporations have taken similar steps. At tiremaker Bridgestone, about 1,300 contract workers at factories in Japan have been receiving the same rate of late-night pay as their full-time counterparts since October.

Labor unions are ready to bring the issue to the table when they meet with management for wage negotiations in the spring.

A federation of trade unions from industries including retail, restaurants and textiles -- areas that depend heavily on contract workers -- plans to demand a 2% hike in base wages this spring, about the same rate of increase sought for full-time employees.

A labor union for West Japan Railway will call for a 40 yen raise in hourly wages for contract staff to 1,000 yen, while a union for Nippon Telegraph and Telephone will request a 2% increase in annual pay for nonregular workers. And union members at the Japan Post group have demanded that temporary and part-time staff be granted allowances for dependents.