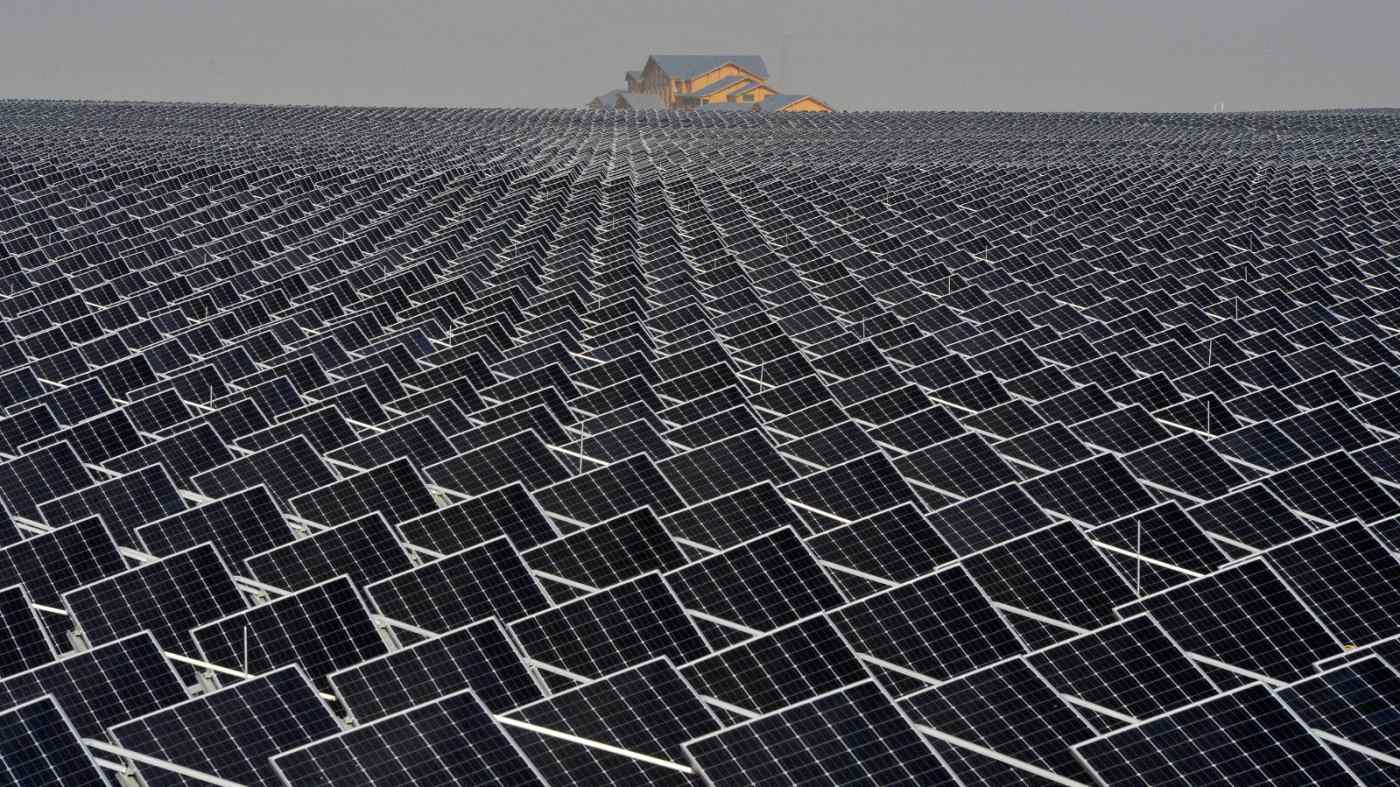 TOKYO -- Nippon Sheet Glass will invest around 40 billion yen ($365 million) to expand production of solar glass, as growing demand for renewable energy trickles down to Japan's material makers, whose technology is crucial for high-performance panels.

The funds, which mark the company's biggest capital spending since 2000, will go toward restarting an idle factory in Vietnam and building a new one in the U.S.

Plans call for raising capacity by about 30% for a special glass coated in a transparent conductive film that forms the topmost layer of thin-film solar panels. The glass can also be used for other purposes like construction.

The Vietnam plant is scheduled to reopen as soon as mid-2019. It originally produced glass for liquid crystal displays but was shut down in 2016 as intense competition from rivals like Asahi Glass and Corning undercut profitability.

Operations at the new U.S. factory will start in the second half of fiscal 2020. A site has not yet been chosen but is expected to be near major customer First Solar's new plant in the state of Ohio. Nippon Sheet Glass will repurpose its idle factory in Vietnam to make glass for solar panels.

Nippon Sheet Glass will sign a long-term supply agreement with First Solar, which holds about 5% of the global solar panel market and is rapidly raising output in the U.S. and Asian countries like Malaysia. The completed panels are likely to be used for such projects as massive solar power plants in the U.S. and Asia.

Major U.S. multinationals like Coca-Cola and Procter & Gamble have promised to switch from fossil-fuel-based power to renewable energy in line with the United Nations' Sustainable Development Goals. European companies are moving the same direction, while in Asia, China and India are leading a rush of construction of solar and other renewable power plants.

Nippon Sheet Glass' output increase seeks to capitalize on this trend. Other materials makers are also investing in renewable-energy-related production. Japan's Toray Industries decided in April to spend about 14 billion yen on a new Hungarian facility that produces carbon fiber for wind turbines.

Nippon Sheet Glass had focused on restoring its financial health since the global financial crisis, when the financial burden from its 2006 acquisition of far larger British glassmaker Pilkington became a weight on earnings. That deal sought to transform Nippon Sheet Glass into a global company.

Last year, the Tokyo-based company said it would raise roughly 40 billion yen through a private share placement, signalling a return to growth-oriented investments. Some of that money will be earmarked for the Vietnam and U.S. plants.

Many factories in Japan's sheet glass industry are idle or suffer from low utilization, so there is little reason to invest in new domestic capacity.