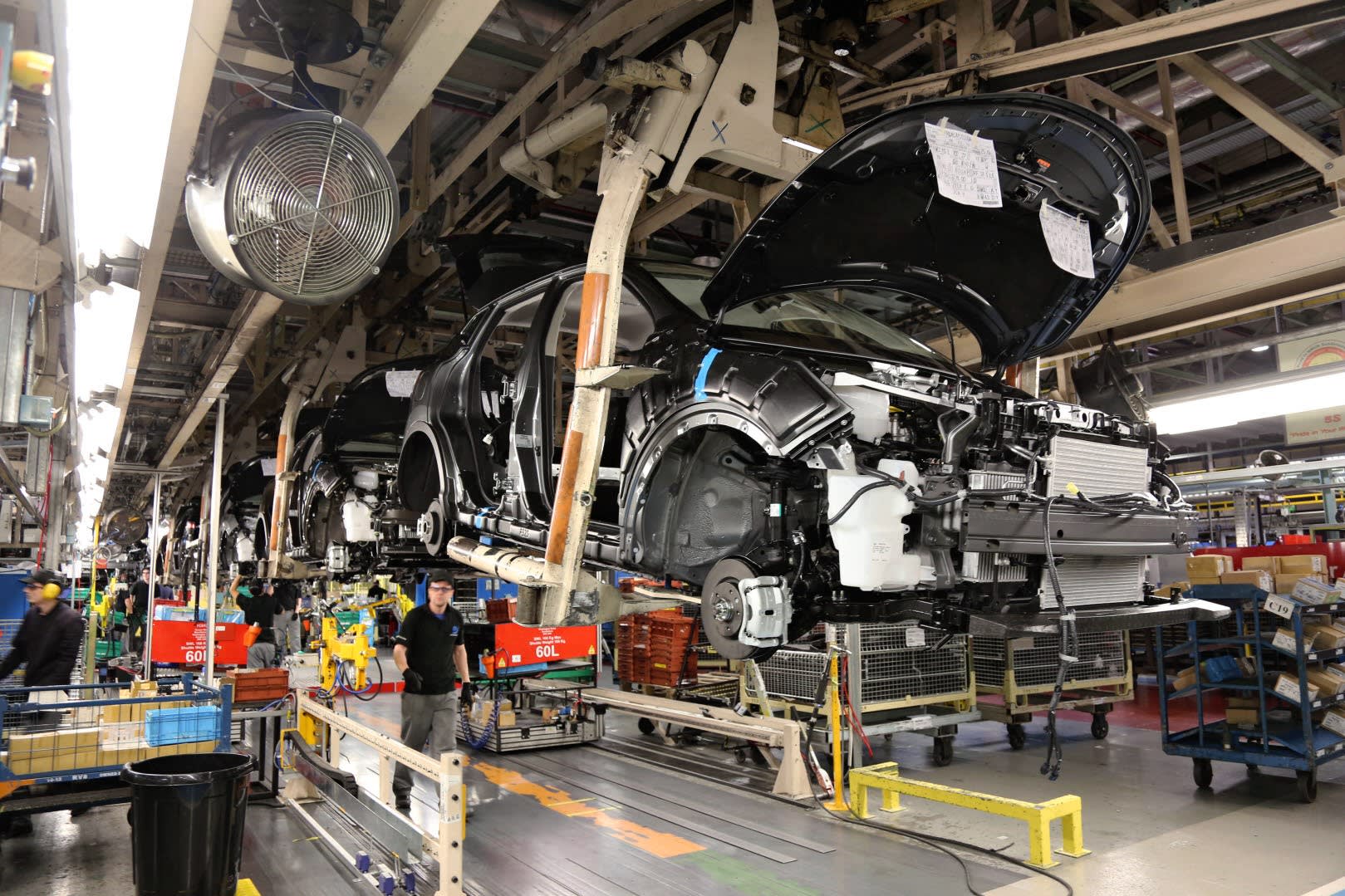 TOKYO -- Nissan Motor looks to boost production by 20% at a massive U.K. factory and source more parts within the country, aiming to offset higher costs expected after Britain's exit from the European Union becomes final.

The Japanese automaker will begin turning out the latest model in the Qashqai sport utility vehicle and other lines at its Sunderland plant in northern England as soon as 2019, along with autos not currently assembled at the factory. Production of electric vehicles also will increase in anticipation of higher demand in the U.K. and Europe, feeding 20% growth in total output to around 600,000 vehicles per year.

Investments related to the expansion are seen reaching 10 billion yen to 20 billion yen ($91.4 million to $182 million). The greater economies of scale provided by increased production will alleviate this expense, while the use of common parts will help cut costs directly.

Nissan also intends to raise the share of parts for the plant sourced in the U.K. to around 80% from the current 40%. It will encourage components manufacturers to take up residence in nearby industrial parks whose development is supported by the central and local governments. This will help offset the risk of higher import and export duties once the U.K. loses access to the single European market, in part by cutting distribution costs. Some 80% of autos assembled at the Sunderland plant are exported to Europe and elsewhere.

British Prime Minister Theresa May urged Nissan Chairman Carlos Ghosn in a meeting last October not to let Brexit affect the automaker's investment plans in the U.K., offering assurance that London would help keep the Sunderland plant competitive. Nissan announced soon after that it would continue making vehicles in the country. May is scheduled to visit Japan starting Wednesday.

The automaker's Japanese peers seem similarly bullish on Britain: Toyota Motor said in March it would spend at least 240 million pounds ($309 million) to upgrade a key plant in the country.