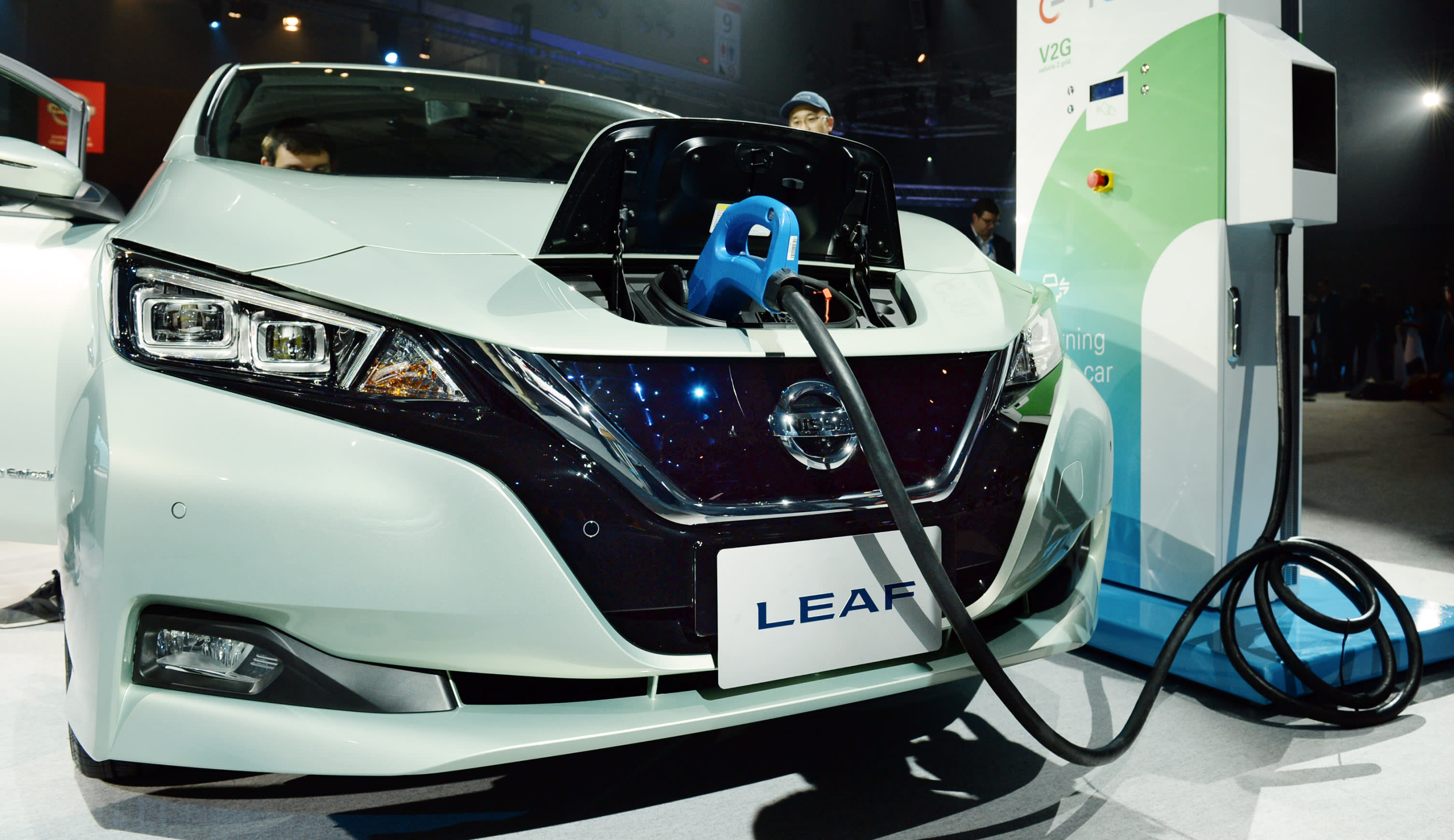 TOKYO -- Renault, Nissan Motor and Mitsubishi Motors will jointly develop a shared platform for electric vehicles by 2020 in a cost-cutting move designed to boost the Franco-Japanese alliance's competitiveness in an increasingly crowded field.

The platform will serve as the basis for a number of midsize models, a category that includes the Nissan Qashqai sports utility vehicle. The plan is to manufacture around 2 million electric vehicles using the platform -- mainly SUVs -- over five years starting in 2020.

The world's third-largest automaker group sold a total of 91,000 electric vehicles last year, up 11% from 2016. The Nissan Leaf, which debuted in 2010, leads the alliance's electric lineup, which also includes the Renault Zoe.

The automakers aim to roll out 12 new electric models by 2022, and the shared platform looks likely to be central to this effort.

Automakers can spend several hundred million dollars to develop a vehicle platform, which determines the position of all important components and affects fuel economy and other aspects of performance. Moreover, development costs for electric vehicles are rising to levels that can be prohibitive for a single automaker.

By working together on a single platform, each member of the Franco-Japanese alliance is expected to reduce development costs by 20% to 30% compared with going solo.

The alliance is also expected to develop shared platforms for other sizes of electric vehicles. Nissan and Renault had considered such a move for compact models but decided to start with the midsize option for SUVs, which are in growing demand worldwide. Along with Mitsubishi, they are also cutting costs by jointly developing lithium-ion batteries, motors and other core components.

The alliance launched in 1999 when Renault bailed out cash-strapped Nissan with a $5.4 billion infusion. The French automaker now holds a 43.4% stake in Nissan, while the Japanese partner controls 15% of Renault.

Renault and Nissan went on to standardize platforms, engines and other parts for gasoline-powered vehicles. The two also unified management of production technology, logistics, procurement and human resources. Starting in April, the scope of their integration widened to quality control and customer relations, as well as after-market service.

New alliance member Mitsubishi joined this framework in April. Reeling from a fuel economy data-cheating scandal, Mitsubishi took a 237 billion yen ($2.17 billion) investment in 2016 from Nissan, which gained a 34% stake in the Japanese automaker.

The global electric vehicle market is forecast to grow to 5.57 million units in 2025, a sevenfold increase from 2017, according to IHS Markit, which projects that the number will hit 8.43 million vehicles by 2030.

The three-company alliance has set a goal of selling 14 million vehicles of all types worldwide in fiscal 2022, of which 9 million will have one of four common platforms.

Meanwhile, Nissan and Renault are starting to review their tie-up, including the capital relationship. That move was prompted by the French government, which owns 15.01% of Renault and has indicated it wants greater influence over Nissan as a way to growth the domestic auto industry.

Carlos Ghosn, who serves as chairman for all three automakers, is not ruling out a closer union between Renault and Nissan, or even a full merger. "All options are open," he told Nikkei in April.

But so far, there are no plans to change the three-way cooperative arrangement with Mitsubishi, regardless of the outcome of the Renault-Nissan talks. With costs associated with electric vehicles, autonomous driving and other next-generation technologies only expected to grow, the three automakers are likely to team up in more areas.