Nissan to invest $9.5bn in China to boost electric vehicles 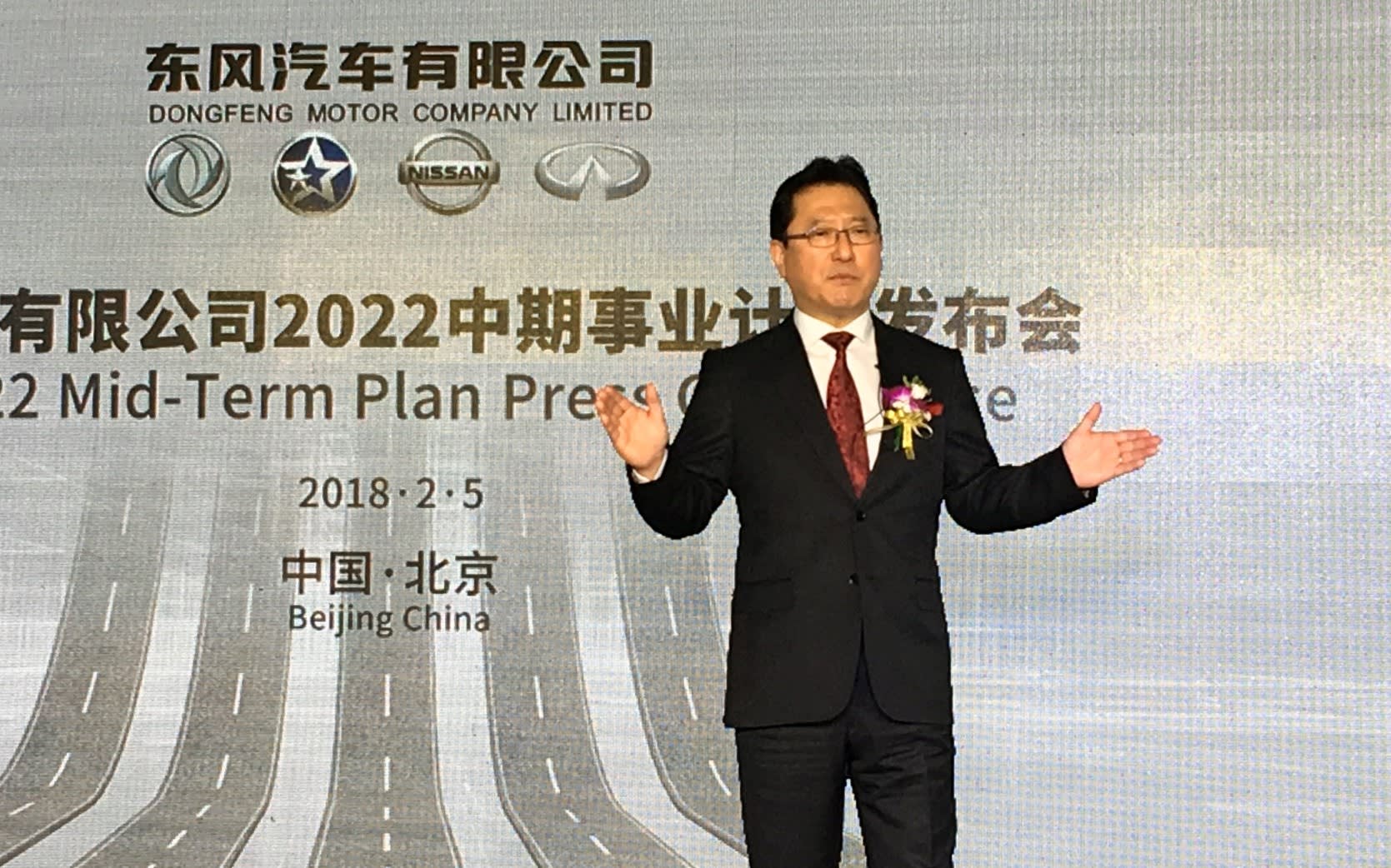 BEIJING -- Nissan Motor on Monday said it will invest 60 billion yuan ($9.52 billion) in China through a joint venture as part of a plan to introduce over 20 electric car models into the world's largest market by 2022.

The Japanese automaker eventually aims to boost total Chinese volume sales -- including gasoline-powered models -- by 70% from 2017 levels, to 2.6 million vehicles.

The plan was announced in Beijing by Dongfeng Motor Co., a joint venture with China's state-owned Dongfeng Motor Group, as part of its medium-term business plan.

The goal is to introduce a total of over 40 models, half of which will be electric vehicles that include those driven by Nissan's "e-power" power train, which uses a gasoline engine to generate electricity for the drive motor.

The joint venture aims to raise the ratio of electric vehicles in its lineup to 30% by 2022.

The investment will be for manufacturing, research and development, and environmental measures, with a focus on electric vehicles.

The new cars will have upgraded safety features that employ cameras, sensors and information technology.

Monday's announcement also included plans to introduce Level 1 and Level 2 autonomous driving systems in 2019. The former assists acceleration, braking and steering, while the latter controls these operations, but still requires some driver attention.

The joint venture sold 1.52 million vehicles in 2017, up 12% from the year earlier, overtaking South Korea's Hyundai Motors to become the No. 3 player in the Chinese market, ahead of Honda and Toyota.

Germany's Volkswagen, the top seller in China, and second-ranked General Motors of the U.S., sold more than 4 million cars each.

Nissan seeks to leverage the additional investment to catch up with the two leaders.

The Venucia will feature so-called "connected car" capability, which provides audio and video content, map data and other services through a mobile internet connection. The feature is believed to be popular among Chinese car owners and will be expanded to other brands later.