'No more rosy forecasts' company says, as it writes off Lehman and Instinet purchases 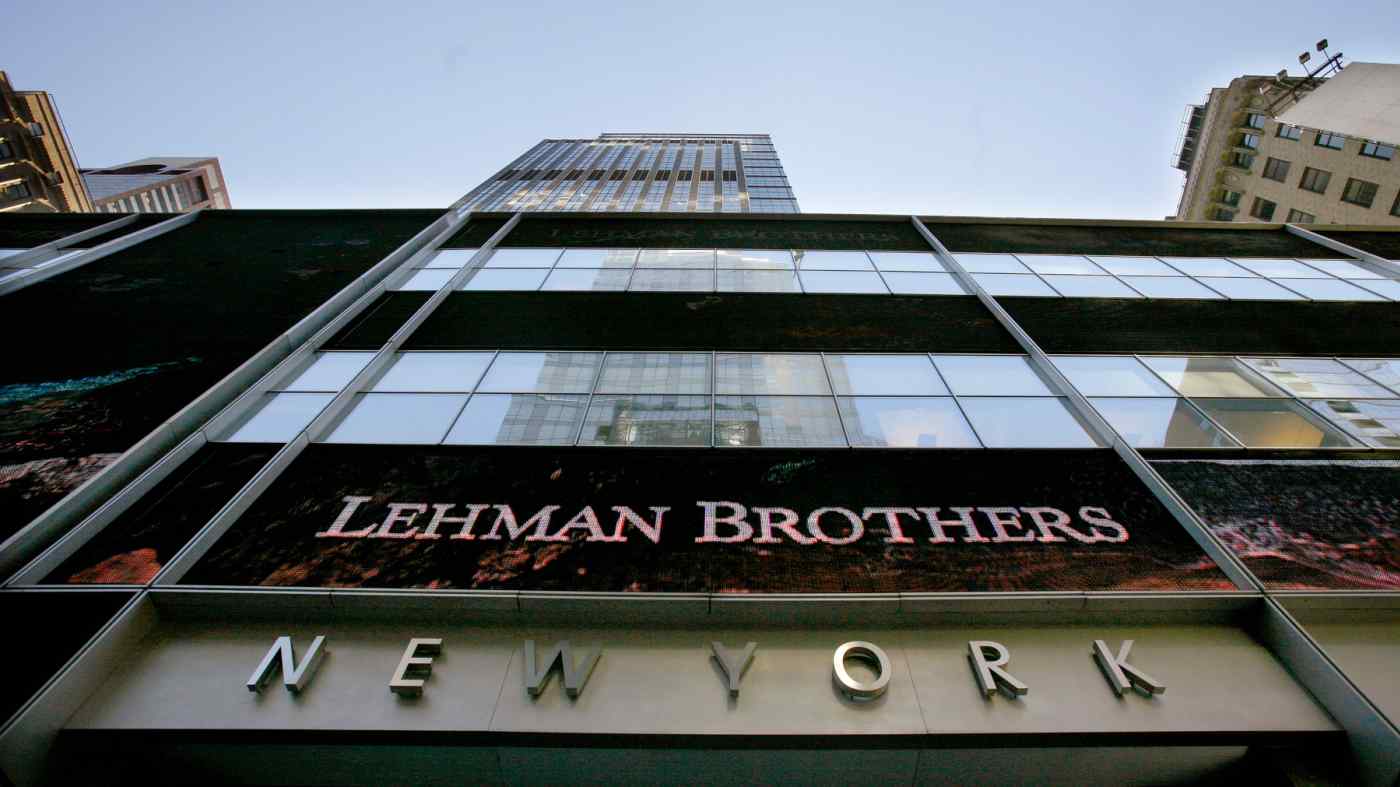 TOKYO -- Nomura Holdings took a 101.2 billion yen ($930 million) consolidated net loss for the nine months through December, the company announced Thursday, as deteriorating profitability in the wholesale segment forces it to write off global investments, including the overseas operations of Lehman Brothers purchased a decade ago.

The loss is the Japanese financial services company's worst since April-December 2008, in the wake of the global financial crisis, when it took a 492.3 billion yen loss. Nomura booked a net profit of 196.6 billion yen for the same period last year.

"We decided to book impairment charges on the belief that the wholesale division's earnings and our traditional business model have reached a turning point," Chief Financial Officer Takumi Kitamura told a press conference.

The bottom line was hit hard by impairment charges worth 67 billion yen for U.S.-based electronic trading subsidiary Instinet, which was purchased in 2007, and 14 billion yen for Lehman Brothers. This contributed to a 98.3 billion yen pretax loss for the wholesale division. The company has discussed with auditors how to drop those assets from its books entirely.

The decision was prompted by a slump in earnings at the wholesale segment, especially for securities trading. U.S. long-term interest rates have turned volatile due to the trade war with China, thinning orders from institutional and corporate investors. Competition with European rivals is also fierce. As Nomura reexamined the segment, downgrading its earnings outlook, the company conducted an impairment test for the goodwill on its balance sheet. It decided to write down the value for Instinet and Lehman Brothers as a result.

Nomura bought Lehman Brothers' operations outside North America after the American firm's collapse in 2008, aiming to become a global investment bank with Asia at the core. Executives believed operations were stable as overseas divisions booked their first profit in seven years in fiscal 2016. But the turnaround was largely driven by job cuts rather than a stronger revenue base.

The retail segment, meanwhile, logged a 43% decrease in pretax profit to 46.2 billion yen. Not only did falling stock prices have an impact, but the aging of its client base is also presenting structural issues for the segment.

Japanese retail investors, Nomura's bread and butter, have grow cautious from volatile stock prices last year. Pretax profit for the domestic division from October through December plunged 55% on the year.

As a lead underwriter for SoftBank Corp.'s initial public offering, Nomura successfully sold shares of the SoftBank Group mobile unit to retail investors but was consequently unable to devote enough manpower to usual sales of products such as mutual funds.  Stock prices have also declined since October.

Listening to the needs of retail investors, Nomura has strengthened its management of stocks and investment trusts. The retail division continues to lose profitability, however, as those long efforts fail to generate sufficient profit.

Nomura is expected to announced new structural reforms as soon as April. Although CEO Koji Nagai has said the group will eliminate 60 billion yen in fixed costs, there is a possibility that he will be forced to do more restructuring.

"We are wading through the deep part of the river," said Nagai, who just entered his seventh year as CEO. "We are determined to make it across."