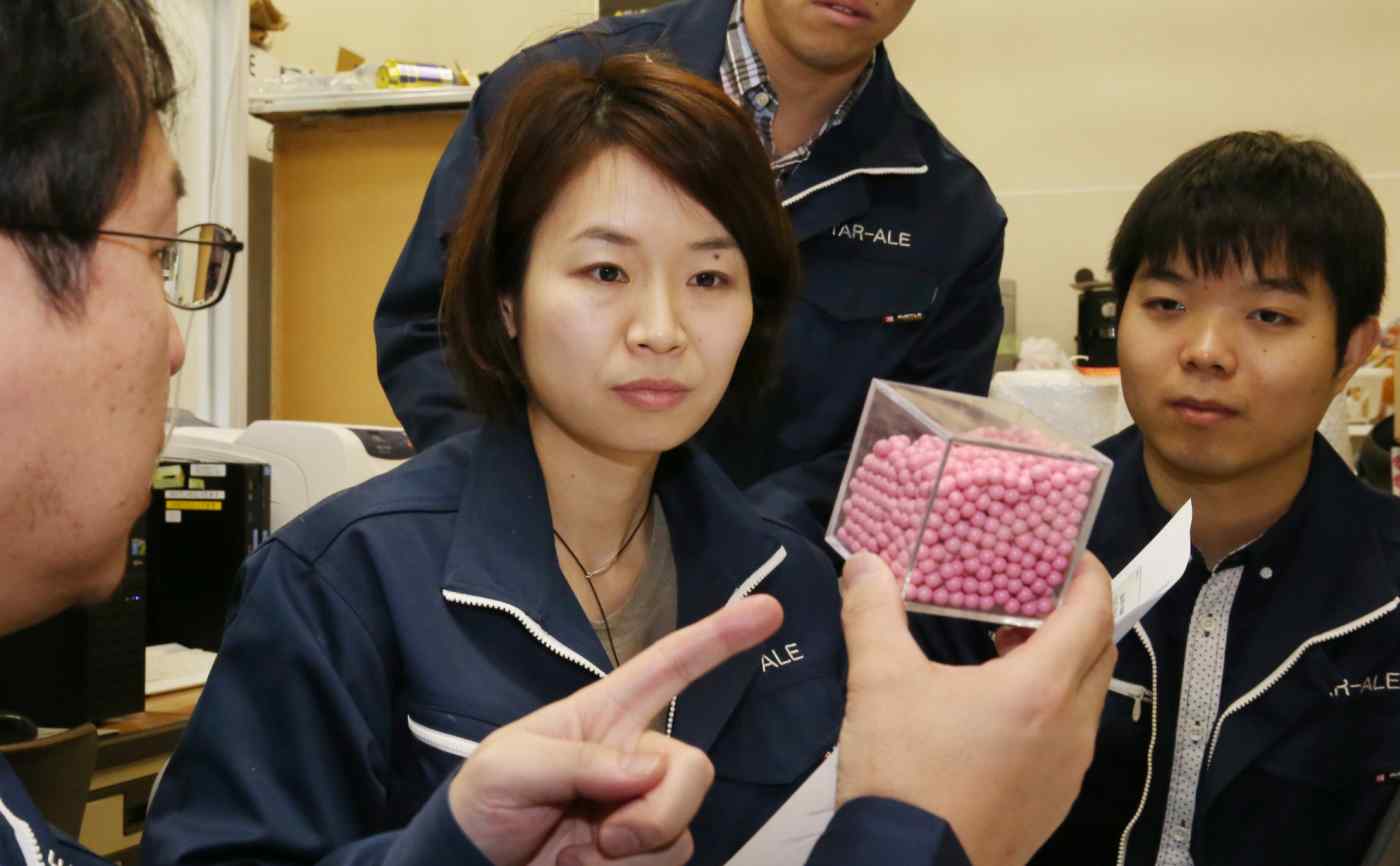 TOKYO -- Shooting stars, long a product of celestial circumstance, soon could be served up at will, according to Lena Okajima, founder and CEO of satellite startup Ale.

The Tokyo-based venture aims to commercialize the production of "artificial shooting stars" within three years -- in time for the opening ceremonies of the 2020 Tokyo Olympics. Ale's "Sky Canvas" project will use microsatellites just 50cm square to launch marble-sized particles from around 500km above the Earth's surface, replicating the flashes that comet and asteroid debris produce when entering the atmosphere.

Okajima recently sat down with renowned toy developer Shimpei Takahashi to discuss the project. Edited excerpts from that interview follow.

Q: What is the setup for producing these artificial shooting stars?

A: We use a gas-fired device to launch small particles, which form the base of our shooting stars. That firing mechanism and a loading device are bundled in a small satellite. Because rockets are expensive, we have our satellites launched alongside larger devices, packing them into leftover space.

We can then drop our "stars" along the orbital path set by the launch. The launches we choose put us into polar orbit -- that is, a path taking us over the north and south poles -- meaning that, with help from the Earth's rotation, we can cover every point on the globe.

Q: How long does one orbital revolution take?

A: Each revolution takes 90 minutes -- much slower than that, and our satellites would fall out of the sky. Satellites at the same height as ours orbit at around 7.8km per second.

Q: What sort of particles are used to produce your stars?

A: They're metallic. The exact material is a trade secret of ours, but each is around the size of a marble. Once fired, they make about a third of a revolution around the Earth and enter the atmosphere at a height of 70km to 80km or so. That's when they burn up, and give off light.

We're thinking also of firing them in bursts of five or 10, to produce a shower effect. The firing angle would be altered slightly between each shot. Think of taking basketball shots while in motion: The destination is the same, even if each particle is taking off from a slightly different angle. We believe that will produce several shooting stars visible simultaneously from a given point on the ground.

Q: How long is each shot visible?

A: Our stars travel at around the same speed as the firing device -- extremely slowly, compared to natural shooting stars. Generally, the faster a particle is traveling, the brighter it burns. Ours, of course, don't have the speed, but we make up for that with the nature of the particles. They're a little larger than natural ones, and so should be visible for several seconds, we believe.

The length of the burn comes from the particles' relatively large size, while their slow travel across the sky comes from the fact that they're dropped from satellites. They should look quite a bit different from natural shooting stars.

Q: What was your inspiration for starting the business?

A: The idea first came to me after the 2001 Leonids meteor shower. I had gone deep into the mountains to watch, and on the way home a friend and I got into a conversation about how the effect came from space dust entering the atmosphere, and about whether that could be done artificially.

The notion of artificially producing shooting stars itself isn't a particularly unusual one. But as far as I know, I'm the only one actually trying to do so.