Retreat bodes ill for turnaround of its smartphone operations 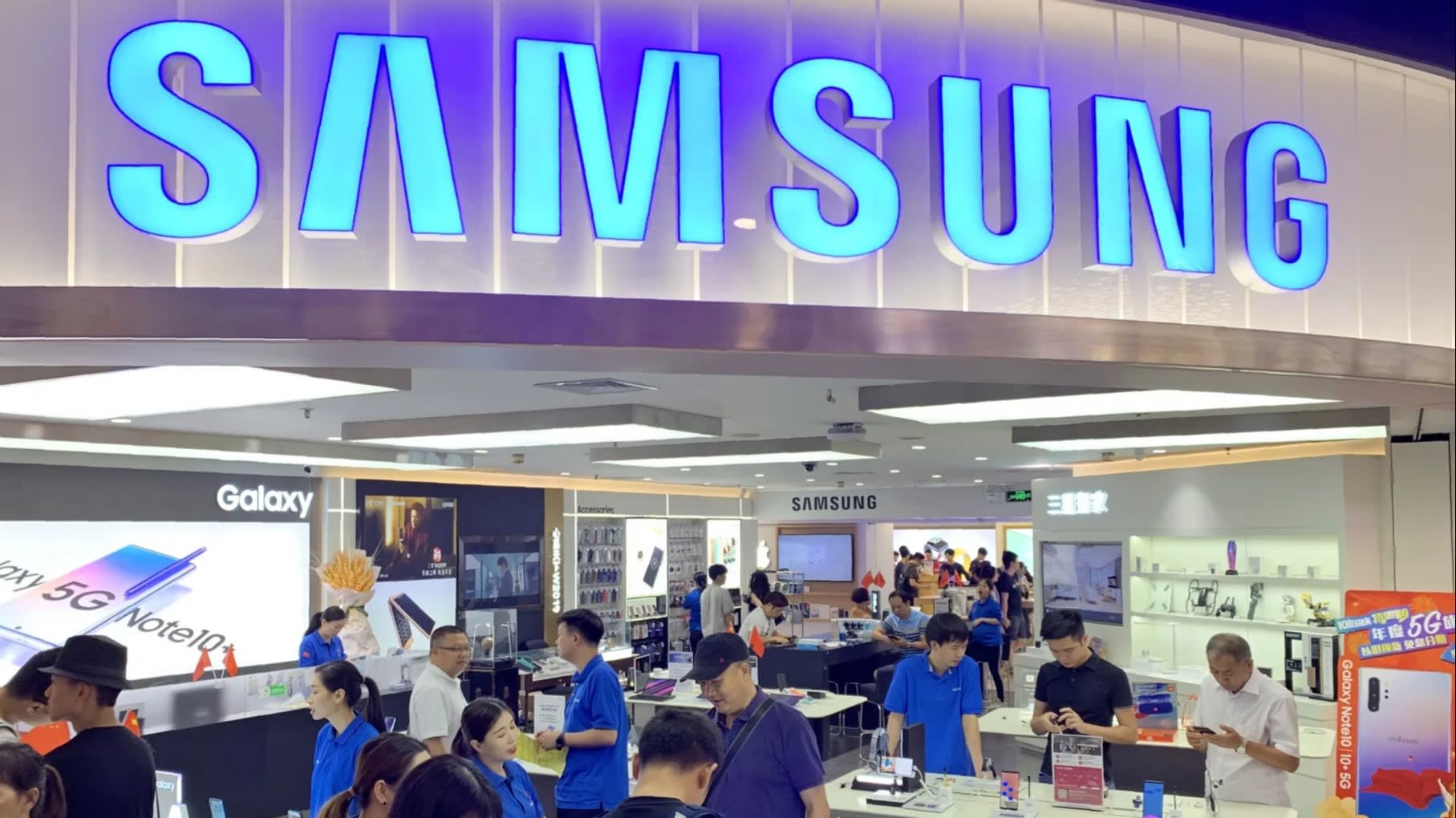 A Samsung store in Guangzhou, China. Its smartphones were once trendy in China but have since given way to local brands. (Photo by Yusuke Hinata)
KOTARO HOSOKAWA and TAKASHI KAWAKAMI, Nikkei staff writersOctober 4, 2019 03:09 JST | South Korea
CopyCopied

Samsung will shut down its plant in the Guangdong Province city of Huizhou within the year. Production there ended in late September, and the company is now working to withdraw from the facility, a Samsung source familiar with the situation said. This follows the closing of a Tianjin smartphone plant late last year.

While Samsung has said it will continue selling handsets in China and outsourcing to companies in the country, the production pullout will only further reduce its presence in a market where its share has already sunk below 1%. With its slice of the global smartphone pie shrinking, and once-brisk demand in its other key business of chips now petering out, the company is searching for a way to turn its fortunes around.

Samsung phones were once wildly popular in China, where the company held 19% of the market in 2013, its last year in the lead.

"Until Xiaomi appeared on the market around 2012, Samsung was practically synonymous with smartphones in China," a 30-something Beijinger said, adding that the phones had such cachet that "people wanted to show them off."

Six years later, it does not even rank among the top 10.

The Chinese market -- while massive, with roughly 400 million handsets shipped each year -- looks increasingly saturated. Its smartphone shipments declined in 2017 and 2018. This has driven a polarization of the market, with consumers gravitating toward either expensive, high-performance phones or the cheapest options available.

Samsung failed to fully grasp this rapid shift in customer demand and did not go all in on one side of the market or the other and was left behind as a result, many industry watchers say.

The company began relocating smartphone assembly to Vietnam in the late 2000s in response to surging labor costs in China and now employs about 200,000 people in the Southeast Asian country. About half of the roughly 292 million handsets it ships each year are manufactured at its Hanoi-area facilities.

Samsung also has smartphone production facilities in India, the world's second-largest market. It plans to handle premium handsets in South Korea, midrange units in India and a variety of models in Vietnam.

The company had high hopes for India as a market but has foundered there as well, ceding its lead to Xiaomi last year and facing intensifying competition from local bargain smartphone brands. The similarities to the China situation bode ill for Samsung's Indian prospects.

These struggles in the world's two most populous countries have eroded Samsung's global standing. Its share of the worldwide market shrank 0.9 percentage point to 20.8% last year, and its lead over No. 2 Apple narrowed to 5.9 points from the 7 of 2017. Its overall handset shipments fell 8% by volume.

Samsung had hoped to break through this stagnation with its announcement around spring of the Galaxy Fold, only to end up tarnishing the company's brand further. Problems with the new phone delayed its release for half a year, and production remains limited.