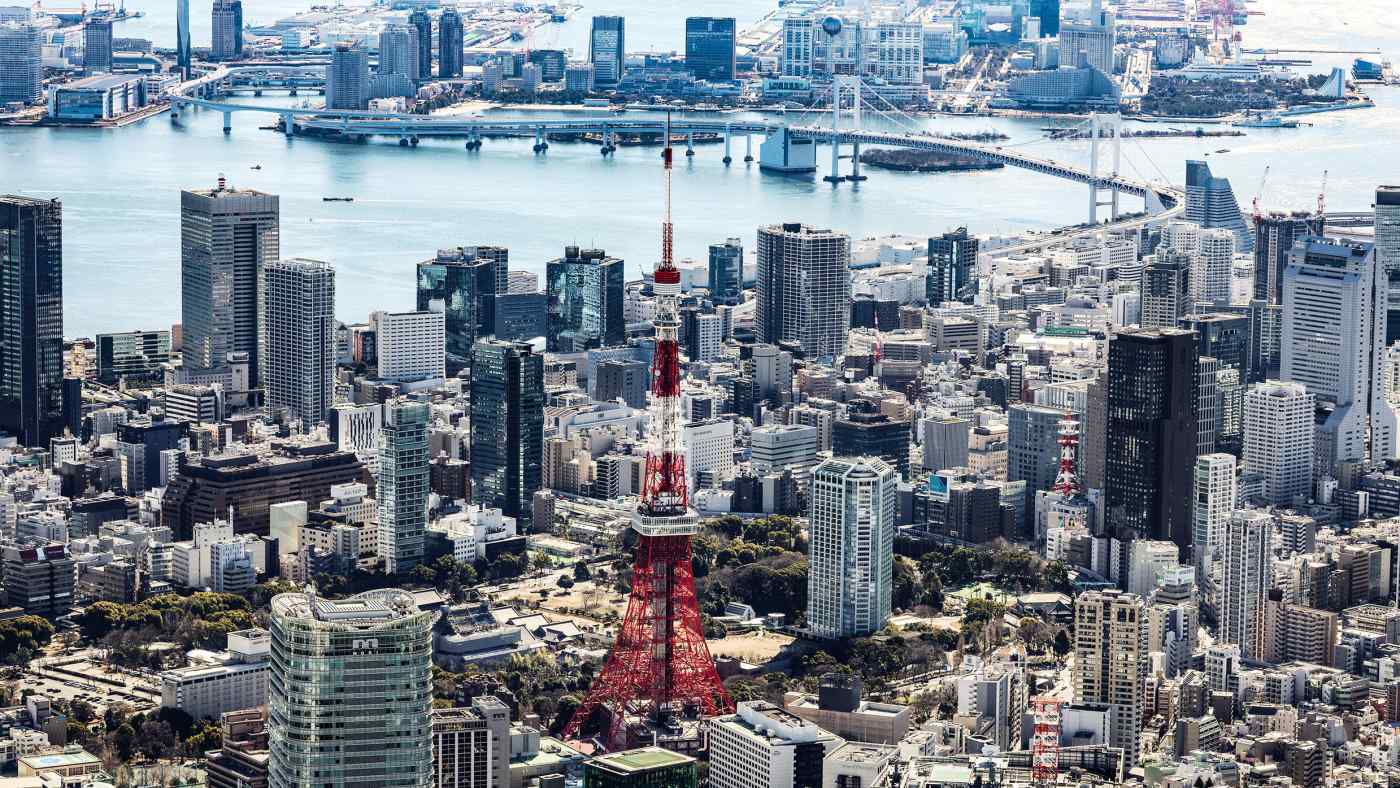 Corporations in Japan are turning more optimistic about their business prospects as one in three listed companies are expecting to increase their dividend payouts for the year ending in March 2022. (Photo by Kei Higuchi)
Nikkei staff writersJune 7, 2021 18:33 JST | Japan
CopyCopied

Japan Inc.'s shift from hoarding cash to increasing shareholder returns for the year ending in March 2022 shows improvements in the economic outlook, as companies dust off the effects of the COVID-19 pandemic.

The Nikkei surveyed about 1,800 companies, including financial institutions. Comparisons were made taking stock splits and consolidation into account.

The percentage of companies raising dividends is the highest since the fiscal year ended March 2019, when it stood at 48%. Although the net incomes of listed companies decreased in that year, many companies still increased their dividends to meet shareholder requests.

Many Japanese companies are increasing their dividends this fiscal year thanks to an improving business environment. A growing number of countries, including the U.S. and some in Europe, are easing movement restrictions due to their rapid rollout of COVID-19 vaccines.

The 1,476 listed companies that have announced earnings forecasts are expected to post an average of a 30% rise in net profit from the previous year, marking a second consecutive year of double-digit rises.

The coronavirus outbreak in the spring last year led companies to keep cash on hand as the economic and business outlooks were clouded by lockdowns and uncertainty around the impact of the pandemic.

In general, companies tend not to reduce dividends even when their business performances deteriorate. But the COVID-19 shock last year was so severe that companies changed tack. But this fiscal year, business confidence has improved as many believe that the worst of the pandemic is over, given the global rollout of vaccines.

Murata Manufacturing is expected to post another record profit, after last year's, thanks to a rise in the sales of parts for automobiles and smartphones. The company expects to pay an annual dividend of 120 yen ($1.10) per share, up 5 yen from the previous year.

Tokyo Electron will increase its annual dividend by 280 yen to 1,061 yen per share, up for the second consecutive year. Its semiconductor manufacturing business is booming thanks to the expansion of fifth-generation wireless technologies.

Isetan Mitsukoshi Holdings will raise its annual dividend by 1 yen to 10 yen, as the company expects some recovery in its business despite the ongoing impact of a state of emergency in nine prefectures. The department store chain hopes that the vaccine rollout will help it to normalize operations, while it promotes digitization through the development of smartphone apps and e-commerce channels in the meantime.

The company hopes to return to profit this fiscal year, turning from a second annual consecutive net loss at the end of March 2021. "We set the annual dividend of 12 yen, before COVID-19, as a standard," said Shigeru Nishiyama, director of Isetan Mitsukoshi Holdings, hinting that an increase in dividend will be offered as soon as the company can.

Keikyu Corp. will double its annual dividend for the current fiscal year to 10 yen. The railway operator was forced to decrease dividend by 11 yen to 5 yen last fiscal year after reporting a loss.

Isuzu Motors and Hino Motors also cut dividend payouts in the previous fiscal year due to poor financial performance as a result of the pandemic. Both expect their earnings to recover this year.

Toshiba announced Monday that it will pay a special dividend this fiscal year, totaling 190 yen per share, more than doubling from 80 yen in the previous fiscal year. Structural and purchasing reforms will bring about a 60% increase in operating income for this year from the previous, the company said.

A total of 124 companies, accounting for 7% of the total, plan to increase their dividends despite expectations for a profit decline. NEC sees its net profit falling by more than 50% this fiscal year. Although it sees 5G and its digital transformation as helping its bottomline, it also expects the cost of management reform to increase. But the company will expand its annual dividend to 100 yen, up 10 yen, to "maximize long-term profits." That would mean its payout ratio will rise from 16% to 41%.

Fujitsu General as well as Nissin Foods Holdings, which also expect their profits to fall, will still increase dividends.

For the current fiscal year, 54% of companies expect to keep their dividend payouts unchanged. "Dividends are expected to exceed company forecasts, particularly in the manufacturing sector, where earnings are expected to expand," said Ukyo Haraguchi, strategist at Mitsubishi UFJ Morgan Stanley Securities.