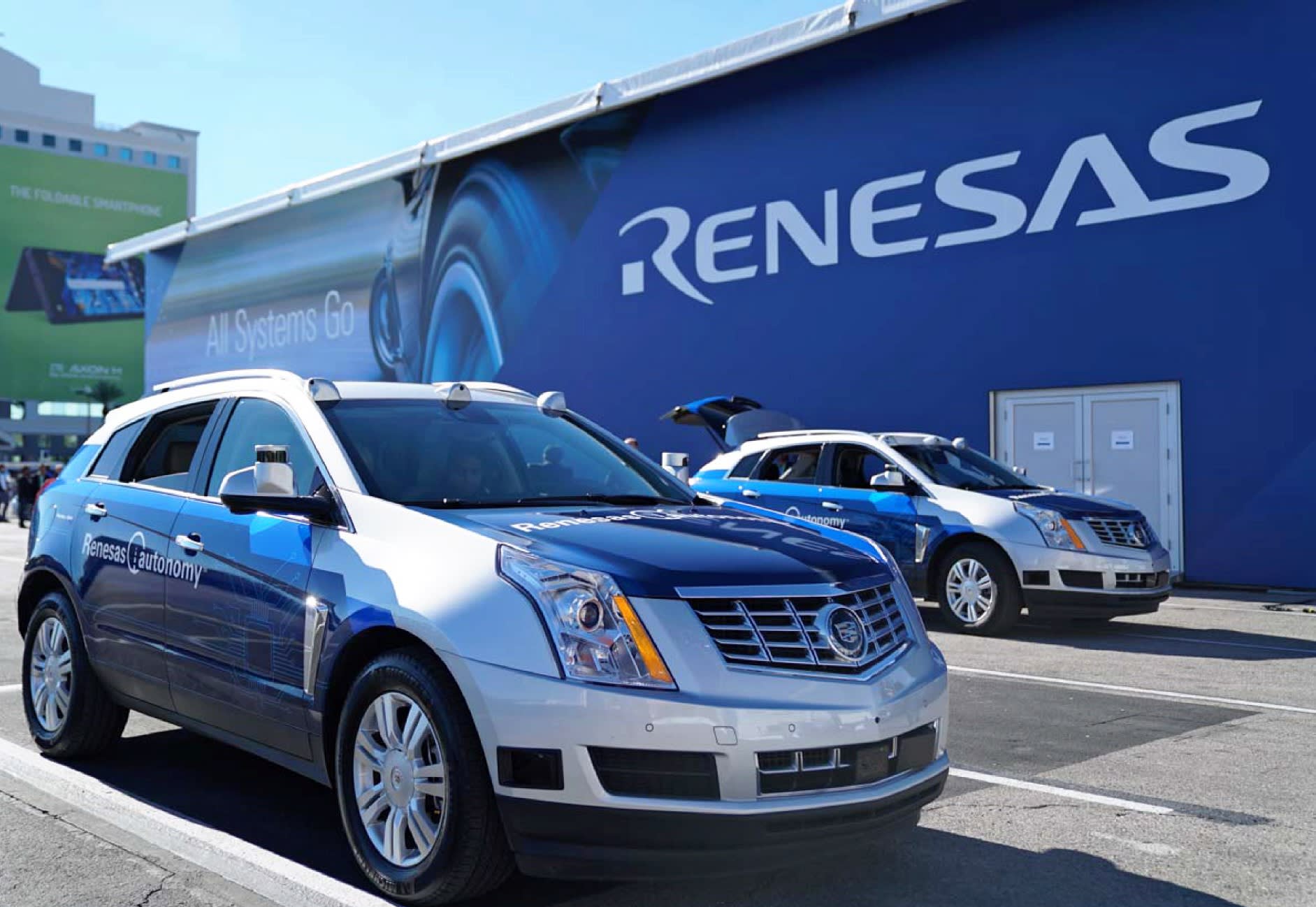 TOKYO -- With a state-backed rescue fund set to slash its interest in Renesas Electronics, the Japanese chipmaker battered by the devastating earthquake of 2011 is ready to chart a growth path by pursuing acquisitions.

But the maker of automotive semiconductors will be trying to stand on its feet in a fiercely competitive business climate that is pushing rivals to engage in megadeals in pursuit of scale.

The public-private Innovation Network Corp. of Japan, Renesas' top shareholder with a 45.6% stake, plans to sell a 12.2% interest in the company by May 1, the company said Tuesday. Smaller stakeholders will unload portions of their holdings as well, booking huge gains on shares bought at bargain-basement prices several years ago.

When Renesas was teetering on the brink of bankruptcy in 2012, the INCJ led a consortium of Japanese manufacturers, including Toyota Motor, in bringing the company back from the edge, taking a 69% stake. With the help of 150 billion yen ($1.4 billion at current rates) in assistance from these backers, the chipmaker has slashed its number of Japanese plants to nine from 22 and cut 30,000 of its 50,000 staff.

These deep cuts helped Renesas make the most of a recent global surge in chip demand, peddling components used in factory automation and advanced driver-assistance systems in automobiles. In the year ended December, group net profit came to 77.2 billion yen, 42% more than in 2016. 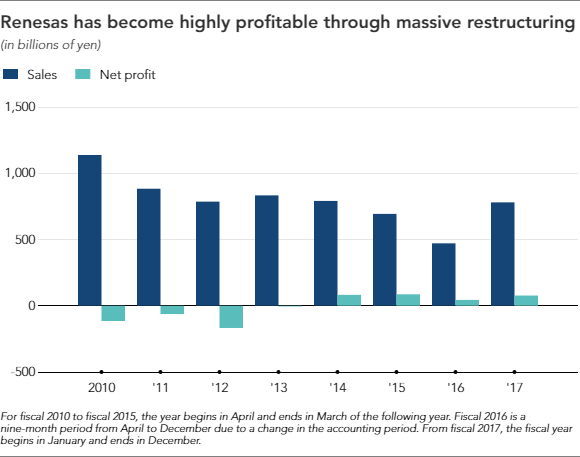 As Renesas' turnaround has moved forward, the INCJ has gradually sold off parts of its holdings to investment funds and companies such as autoparts maker Denso, logging around 300 billion yen in capital gains along the way. Shares sold in June 2017 went for 825 yen each, compared to the paltry 120 yen the INCJ paid for them.

Now that the company's recovery is nearly finished, the fund plans to reduce its interest to 33.4%. In addition, information technology company NEC's pension and severance fund will sell off up to a 2.1% stake, while conglomerate Hitachi plans to offload as much as a 1.9% interest.

The sale price will be set sometime between April 18-20. But with Renesas shares closing Tuesday at 987 yen, these sellers are ensured a substantial profit. "With Renesas' restructuring mostly complete, we believe it is now necessary to make its shares liquid," preparing the company for the "next stage" of its life, an INCJ representative said.

This "next stage" will focus heavily on acquisitions, as less involvement by the INCJ will free the company to raise fresh funding and plot other capital measures. Renesas has already begun its shopping spree, buying American semiconductor company Intersil in February 2017 for around $3.2 billion. Reports emerged in January that the company was negotiating to buy Maxim Integrated Products of the U.S. for nearly $20 billion, though Renesas has denied those rumors.

The Japanese company's rivals were busy laying out even more ambitious strategies while Renesas was in recovery. American chipmaker Qualcomm is in the process of buying NXP Semiconductors, the world's top maker of automotive chips. This is after the U.S. government stepped in to block a massive $121 billion takeover of Qualcomm by industry heavyweight Broadcom, based in Singapore.

"There's no way we can just toss [Renesas] into such a fearsome field," said a senior official at Japan's economy ministry, which oversees the INCJ. While the fund "needs to draw down its investment," the company "needs protection until it finds partners in the private sector," the official said.

And so, for the time being, the INCJ is keeping its stake in the chipmaker just above one-third, retaining veto power over key management decisions -- including a takeover by a more powerful peer.