Panasonic enjoys lift from Tesla but perils lurk ahead 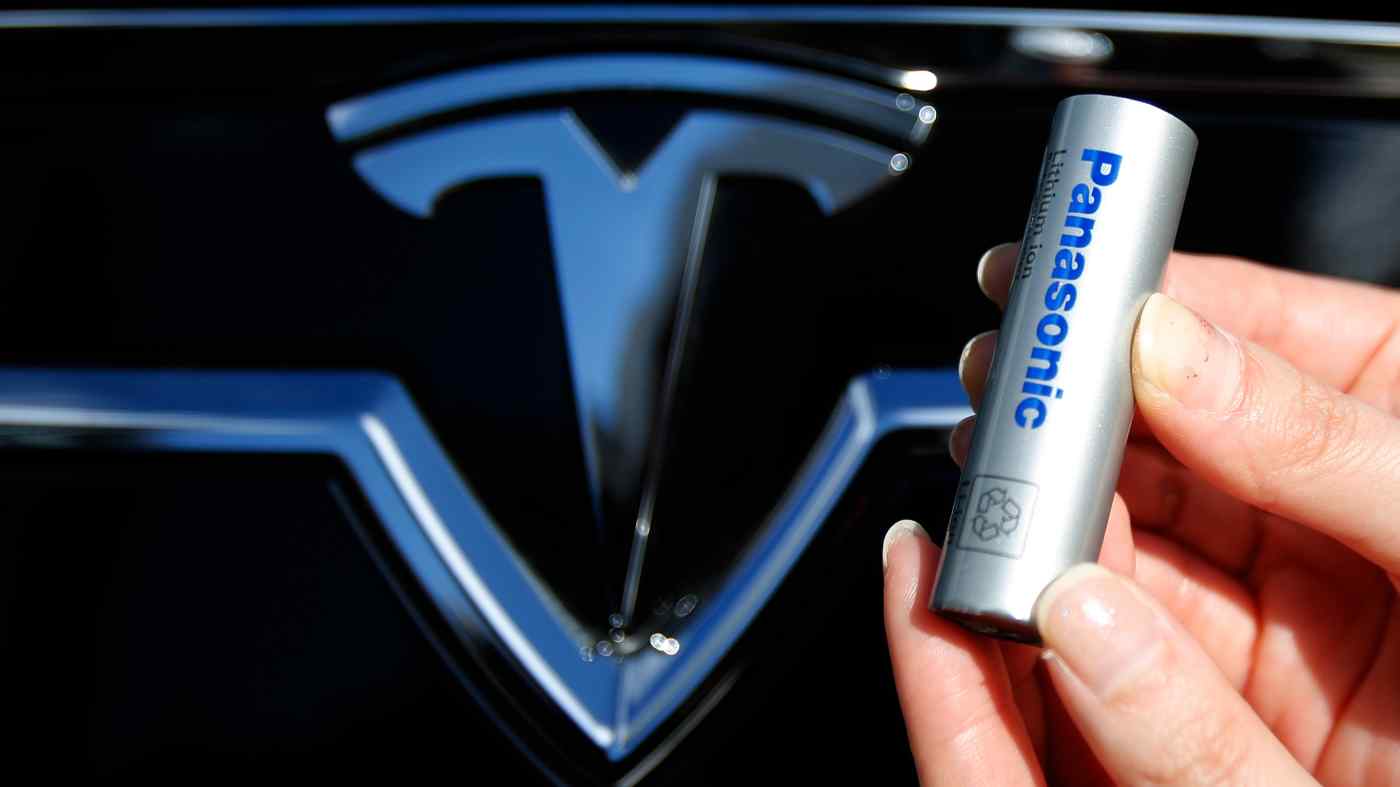 Panasonic believes wit will see its business with Tesla will be profitable on an annual basis for the first time this fiscal year.   © Reuters
ITSURO FUJINO, Nikkei staff writerFebruary 3, 2021 05:26 JST | Japan
CopyCopied

OSAKA -- Panasonic now expects group net profit of 150 billion yen ($1.43 billion) for the year ending in March, the company said Tuesday, as its battery supply business with U.S. electric-vehicle maker Tesla is expected to go into the black over a 12-month period for the first time.

The figure still represents a 34% slide for the year, but stands 50 billion yen higher than what was projected previously.

Panasonic's automotive division, which supplies Tesla batteries, improved earnings by posting an operating loss of 7.4 billion yen for the three quarters through December, compared with a loss of 29.2 billion yen in the year-ago period.

Tesla's production resurgence contributed to the enhanced performance, as did improved operations at Gigafactory 1, which Panasonic runs with the automaker in the U.S. state of Nevada.

"Tesla operations are at a situation in which we can foresee a full-year profit," Hirokazu Umeda, chief financial officer for the Japanese company, told reporters.

The EV batteries made at the Nevada Gigafactory are central to this business. An upswing in deliveries of models such as the Tesla 3 went hand in hand with lower battery materials costs. Improved production yields brightened the outlook as well.

But even if the Tesla business turns profitable this fiscal year, Panasonic must remain vigilant about product quality. The changing business environment also raises questions about sustained growth. Tesla envisions producing 100 gigawatt-hours worth of EV batteries next year, enough to power 1.4 million vehicles.

Panasonic made a 226.8 billion yen operating profit for April-December, slipping 6% on the year, and the company remains exposed to mounting threats from rivals.

CATL and LG Chem deliver batteries to Tesla's China plant, and they could supply a Tesla factory being constructed in Germany. Panasonic and two other partners are considering building a lithium-ion battery factory in Norway with Tesla's German plant on the radar.

Panasonic ranked third globally among onboard battery makers in 2020 with an 18% share, Tokyo-based Techno Systems Research said. The company led until 2018, but "CATL and LG Chem will be fighting for first place from now on," said Tang, echoing a widely held view.

Chinese and South Korean battery suppliers are adopting a strategy of scale while cutting procurement costs of rare metals and other materials. Panasonic plans to distance itself from the race for scale and instead tout the safety advantage of its batteries.

But the trajectory of the EV battery business resembles how Panasonic fared in its solar energy forays. Nikkei reported Sunday that the company is ceasing production of solar cells and panels.

Panasonic's solar cell business has its roots in Sanyo Electric, which Panasonic took over completely in 2011. Back then, the operation captured the top global share by advertising the top-notch power generation efficiencies of its products.

Later on, Chinese manufacturers expanded production capacity and engaged in a cutthroat price war. Panasonic backed off from investing in solar cells, reasoning that the odds of recouping the spending were remote. Panasonic will shift to services that combine renewable-power generating systems with storage cells to optimize power usage.

Panasonic is expected to develop a wider business model less exposed to price wars from Asian rivals, differentiating itself through products that bundle services and software.

"Most of our 34 divisions are in maturing sectors," Panasonic President Kazuhiro Tsuga said.