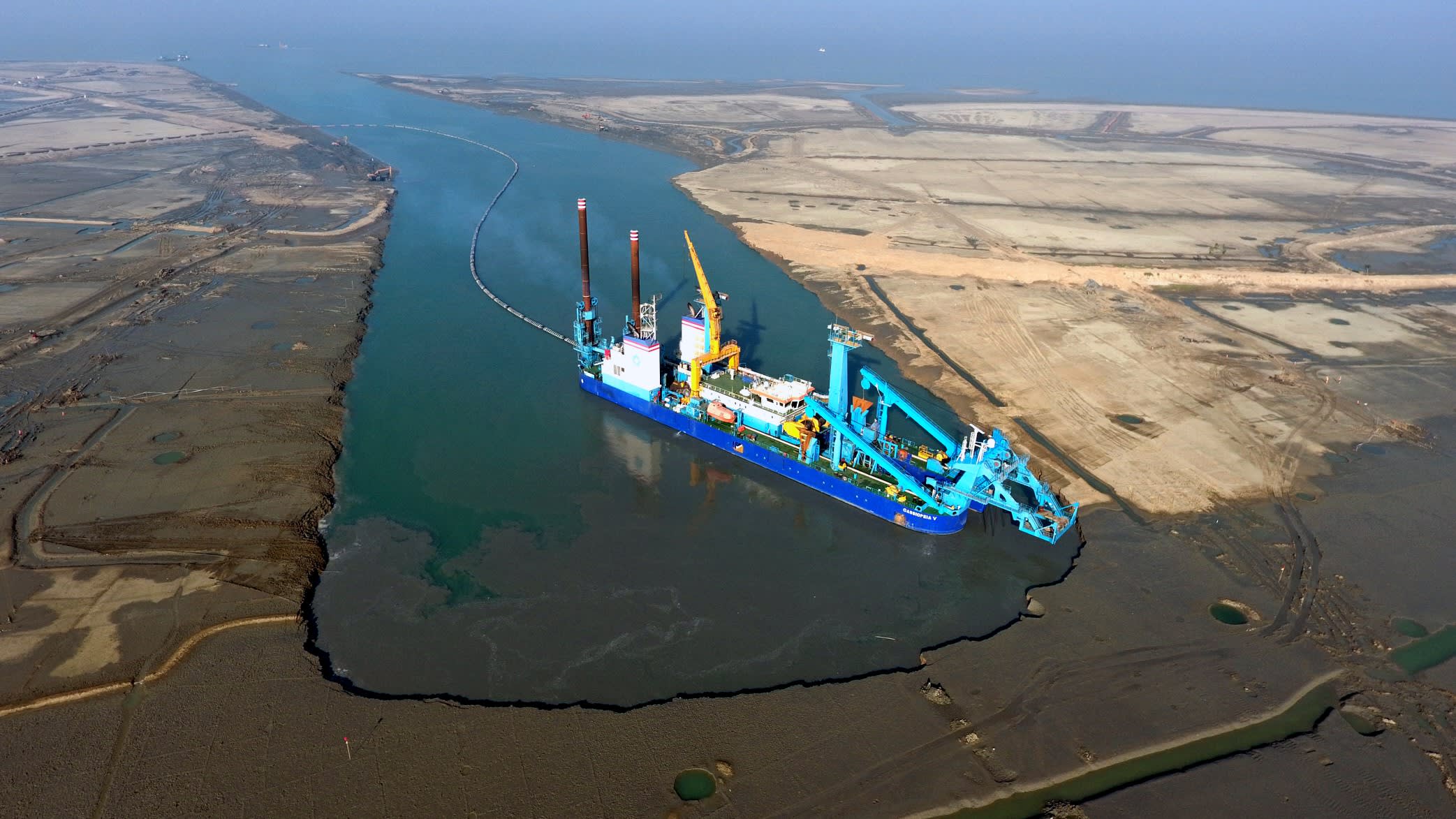 TOKYO -- Penta-Ocean Construction is gearing up to build a large port in southern Bangladesh, as part of a broader development project involving Sumitomo Corp. and other Japanese players.

The Japanese contractor announced the roughly 162 billion yen ($1.48 billion) port order on Aug. 23 -- the largest contract it has received on its own to date. The order came from a Japanese consortium that struck a 500 billion yen deal with a Bangladeshi utility to develop a coal-fired power plant and nearby port in the district of Matarbari.

Along with Sumitomo, the consortium includes Toshiba and IHI.

Penta-Ocean will dredge a 14km access channel for cargo ships carrying coal, while also handling land reclamation and other preparations for the power plant site. The work is scheduled to start in September and last until January 2024.

The contractor has already carried out temporary channel dredging and other preparatory tasks for the Sumitomo-led project, wrapping up the work in April. This helped it secure the full port order, Penta-Ocean said.

Penta-Ocean's three-year business plan, which runs through March 2020, calls for landing 150 billion yen worth of annual overseas orders -- a 50% increase from the fiscal 2016 figure. Building its presence in emerging countries is a major part of the strategy.