Pepper's creator back in action with home robot startup

TOKYO -- The father of SoftBank Group's Pepper humanoid robot has formed a company that aims to bring a so-called companion robot to market in 2019.

Groove X aims to develop a robot that keeps people company and helps improve their mood, much as pets do. The machine will understand basic vocabulary words but not speak, instead responding through behaviors.

The main focus will be on building a "robot that can be a partner to people, young and old and men and women," according to founder Kaname Hayashi. "Useful functions," such as watching over seniors or children, may be added later. Groove X was launched with 10 or so engineers from such industries as automobiles and video games. 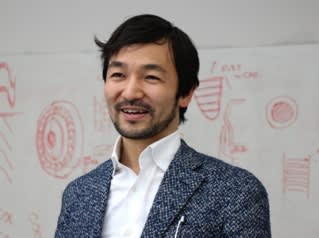 Hayashi worked as an aerodynamics engineer at Toyota Motor before joining the old SoftBank Mobile, now SoftBank Corp., in 2012 and leading the development of Pepper, which was released in June 2015. He left SoftBank Group three months later. Hayashi will be a speaker at the Pioneers Asia startup event to be held here Wednesday with Nikkei Inc.

Groove X estimates that its initial business costs will run into billions of yen, or tens of millions of dollars. It has already raised several hundred million yen from investors, including U.S.-based Global Catalyst Partners Japan.