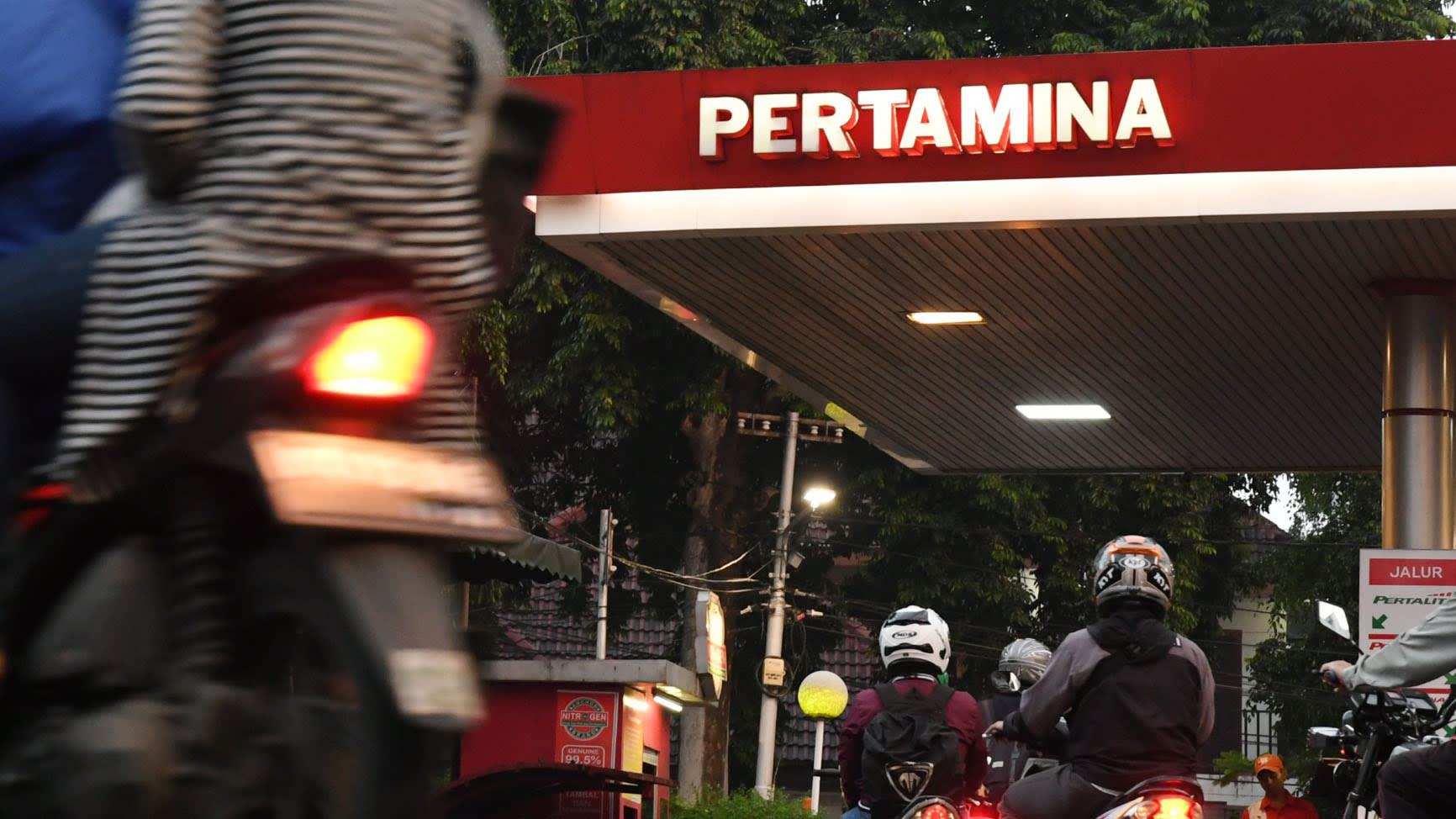 The company said that it had lost around $1 billion in net profits because of the government's policy. (Photo by Takaki Kashiwabara)

JAKARTA -- Indonesia's Ministry of State Owned Enterprises on Wednesday promoted Nicke Widyawati, the current interim CEO of Pertamina, as the new full-time chief of the state-owned oil and gas giant.

She became the stand-in CEO of the company back in April when the previous CEO Elia Massa Manik, who had only been at the helm for a year, was sacked along with four other board members, to take responsibility for a multitude of problems including an oil spill incident in Balikpapan, East Kalimantan. Widyawati served as the company's head of human resources before becoming interim CEO.

The new CEO is said to be closer to the SoE ministry than Manik, who angered the government when Pertamina reportedly short-supplied subsidized premium-brand gasoline around the country. This was rumored to be in retaliation against the government, which fixes prices of low-octane gasoline and diesel, forbidding the state-owned company from raising gasoline prices in line with higher global oil prices, and resulting in the company's finances to deteriorate.

President Joko Widodo's introduction of the "One fuel price policy" in 2016, under which gasoline prices are set the same across the archipelago nation, was also a source of concern for Pertamina as it led to higher costs. Prior to the policy, fuel prices in remote parts of the country were higher to cover the additional distribution costs. New Pertamina CEO Nicke Widyawati is said to be closer to the SoE ministry than her predecessor. This should help as she attempts to turn the major petroleum company around. (Courtesy of Pertamina)

The company said in November when it released its financial results for the nine months ended in September that it had lost around $1 billion in net profits because of the government's policy.

Widyawati inherits a similar situation, with oil prices still higher compared to previous years and the president intent on keeping fuel prices low as he bids for a second term in next year's presidential election.

The company in July said it is planning to sell some assets it owns, as it battles to secure better financial health.

But the new CEO can take solace in the fact that the government is planning to drastically increase energy-related subsidies in its draft budget for next year. The government has earmarked 160 trillion rupiah ($11 billion), an increase of 65.6% compared to the 2018 budget.

The company is also being eyed by Jakarta as a tool to push forward its increasing tendency toward resource nationalism. Pertamina in July won a government bid to take control of Rokan Block, one of the country's largest oil blocks in Sumatra from its long-time operator Chevron, after the latter's contract expires in 2021. Chevron, which has been operating Rokan since 1971, had sought a 20-year extension on its old production sharing contract.