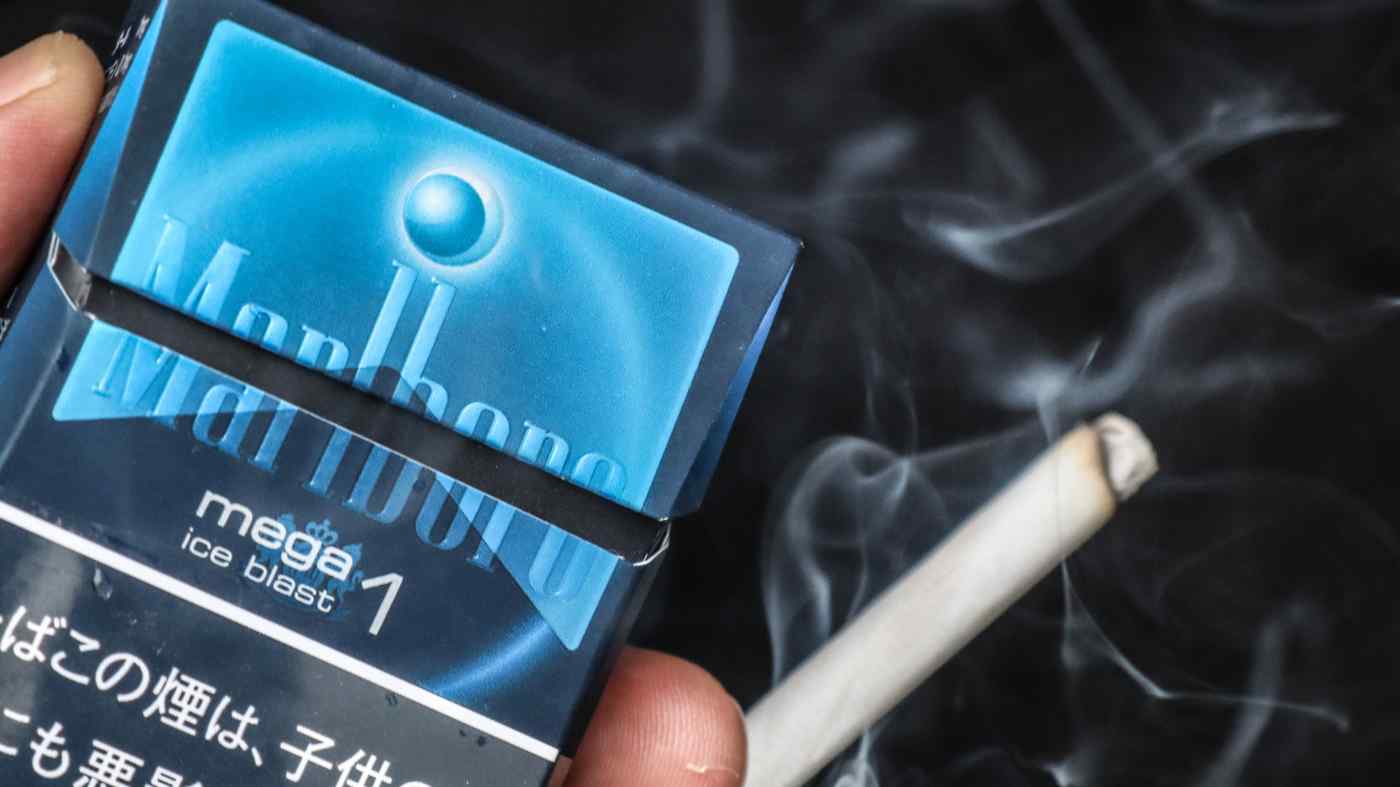 Revisions to the Health Promotion Law that went into effect last year prohibits smoking cigarettes in restaurants. In response, the company is turning its focus to "heat-not-burn" tobacco products, in which it holds a 70% share of the Japanese market.

Jacek Olczak, who took over as CEO of the tobacco company on May 5, revealed the plan in an online interview with Nikkei. Olczak said Japan will become a smoke-free society within 10 years. Philip Morris expects to gradually pull out of rolled tobacco products elsewhere over the next 10 to 15 years, and Olczak said he wants the transition to happen first in Japan.

Heated products let the user to inhale vapor generated by a heating element that does not release secondhand smoke. According to the tobacco industry, heated products also produce fewer harmful substances than conventional cigarettes.

In 2016, Philip Morris began selling its Iquos heat-not-burn product nationwide in Japan. The company held a 70% share of Japan's market for such products in 2019, according to Euromonitor International, a British market research specialist. That is far higher than rivals Japan Tobacco, with 10%, and British American Tobacco, with 20%.

Smokeless tobacco, which includes heat-not-burn and liquid e-cigarettes, made up 11% of Philip Morris' total shipments of 704.6 billion cigarettes. That is up three percentage points from 2019. The global market for rolled cigarettes has shrunk by just under 10% over the past four years. Jacek Olczak, CEO of Philip Morris International, revealed the company's plan to end selling cigarettes in Japan within a decade in a recent online interview with Nikkei.

Smokeless tobacco is currently sold in 66 countries and regions, and Olczak said he wants to increase that to 100 by 2025. Olczak said he hopes to reveal the company's timetable for exiting the rolled cigarette market during his term as CEO.

In Asia, smokeless tobacco products are sold nationwide in Japan and South Korea, and are available in some cities in Malaysia and the Philippines. They are becoming more popular globally, including in East Asia.

Japanese regulations do not permit the sale of e-cigarettes, which vaporize a liquid that contains nicotine, and heat-not-burn products are becoming more popular than e-cigarettes. Even with the stricter provisions of the revised Health Promotion Law, heated products can be consumed while eating or drinking in restaurants if certain conditions are met, such as having ventilation equipment in place. Nearly 30% of all domestic tobacco sales are now heated products.

As for the company's plan to end combustible cigarettes in Japan within a decade, Olczak stressed that it can only happen with the right regulation, understanding, and both societal and industry support.

"This is not about us or Philip Morris International only stopping selling cigarettes, right? Because you have other manufacturers which continue selling cigarettes," he said. "If you would have a coordinated effort between the various ministries in Japan -- including the ministries of health and industry -- I believe you can make Japan smoke-free within 10 years."

In fiscal 2019, 118.1 billion cigarettes were sold in Japan, around one-third the peak in 1996. Olczak said Philip Morris would introduce devices that use new technologies and consider expanding the functionality of heated devices. In addition to providing an age verification function to prevent minors from smoking, the company will also begin developing an application to help smokers manage their health.

Philip Morris' sales for the fiscal year ended December 2020 totaled $28.6 billion, down 4% from the previous year, while its net profit reached $8 billion, up 12%.