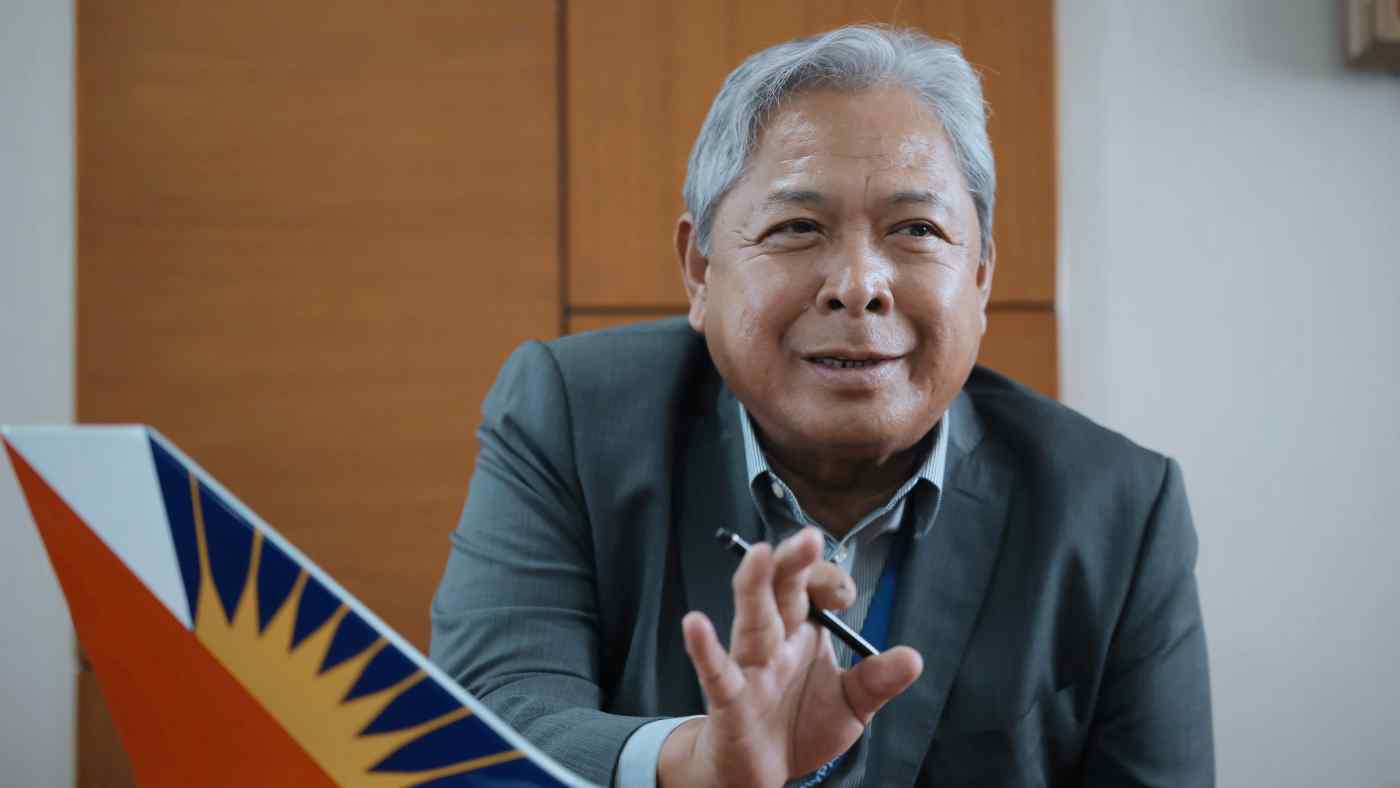 MANILA -- Philippine Airlines on Tuesday said it expects to attract a strategic foreign investor within the year as the company faces surging fuel prices following demands by the government to pay significant back fees.

"Talks have not faltered. There is continuing discussion with the possible strategic investor," PAL President and Chief Operating Officer Jaime Bautista told the Nikkei Asian Review on Tuesday. "We are hoping we can close it this year."

PAL aims to become a five-star carrier that flies to destinations like Paris and Rome by 2021, just like during its "glory days" decades ago, he said. Early this year, airline rating company Skytrax upgraded PAL to four star from three after the airline spent $80 million to refurbish seats and improve in-flight amenities. Since then, PAL has improved its load factor by about 10 percentage points to around 80%, which has also resulted in revenue growth.

Bautista said a foreign investor could help PAL become a truly global airline that has extensive international connectivity, best management practices and additional capital. But he declined to name potential investors, who could take up to 40% in the company, the maximum allowed by local laws.

PAL, Asia's oldest airline, has a checkered history. It underwent ownership changes and privatization in the 1990s and in 2014 when then Chairman Lucio Tan cut his two-year partnership with San Miguel in a bitter share buyback. San Miguel took a 49% stake in PAL in 2012, but disagreements over how the airline was managed forced Tan, who controlled the carrier, to buy back the diversified conglomerate's holdings.

After finally resolving labor disputes that had dogged the company for years, PAL last year faced demands from President Rodrigo Duterte to pay 6 billion pesos ($112 million) in back fees, as well as government threats of shutting down the Manila airport terminal from which its operates. The relationship between Duterte and PAL has since improved.

Bautista said due diligence from foreign investors normally takes time, and rising fuel prices has hurt PAL's bottom line and share price, which have complicated negotiations. "But I think they are looking at our growth potential," he said.

Shares of PAL Holdings, the listed parent of Philippine Airlines, are up by around 56% to 8.05 pesos apiece this year, but have steadily declined since hitting 12 pesos in mid-February.

PAL fell back into the red last year after three years of profitability. In the first half of 2018, its net loss attributable to the parent company increased to 1.4 billion pesos from a net loss of 1.3 billion pesos a year ago, hit by rising fuel expenses. Costs for the company rise by $11 million annually for every $1 dollar per barrel increase in fuel, according to Bautista. Jet fuel prices have increased by 36.34% to $95.26 a barrel from a year ago, according to the International Air Transport Association on Oct. 30.

But without an investor, the company can still pursue its ambitions, Bautista said. The company has undertaken a $2 billion program to acquire and lease additional jets, including six new Airbus A350s and retire six old A340s used in long-haul operations. Bautista said once all six are phased out, PAL's fleet will be less than four years old.

PAL on Oct. 29 inaugurated its direct, nonstop Manila-New York flight, and plans to fly to Seattle, Chicago and Houston, where many of the over three million Filipino expats in the U.S. live.

"We are also considering joining an alliance but it will take some time," he said. "You have to be invited, you cannot just apply. It's like a big boys' club."

PAL is also expanding its routes in the region. It launched a new flight to Sapporo in December and plans one to New Delhi by the first quarter of 2019, with Mumbai next.

Apart from rising fuel costs, PAL said Asian airlines' expansion plans have been hampered by congested airports in Manila, Hong Kong, Korea, Japan and China. "There's not a lot of infrastructure in many cities," he said.

The Lion Air plane crash that killed 189 people in Indonesia on Monday may also scare some passengers, but its impact will be limited. "Of course, there are some people who will get scared of flying, but I think it will not really affect the industry that much, most passengers still believe that traveling via airplane is the safest mode of transportation. It's an isolated case," he said.

Bautista said PAL will likely end the year having carried 17 million passengers, up from 15 million last year. It hopes to carry 18 million next year. "We expect the market will continue to grow," he said.