BANGKOK -- Revolution Precrafted, the first startup in the Philippines to be valued at over $1 billion, is entering its 14th country by bringing its prefabricated luxury homes to Cyprus.

The two-and-a-half-year-old unicorn has made luxury homes designed by renowned architects affordable by adopting prefabrication technology. It has now signed an agreement with local retail and property conglomerate Cyprus Trading to supply residential units, holiday villas and glamping accommodation at golf resorts and hillside villages in the cities of Nicosia, Limassol and Paphos.

The startup has one of the largest global footprints among its peers in Southeast Asia. Among the more than $7.36 billion orders it has received since its founding in December 2015 are a $3.2 billion partnership to build hotels and apartments for Dubai's The World Islands, a $1.2 billion project to supply low-cost housing in Myanmar and a $300 million franchise agreement for more than 1,000 homes in Caribbean nations.

"I want to be Uber, I want to be Airbnb. I want to be everywhere," Revolution Precrafted founder and Chief Executive Robbie Antonio said in a recent interview with the Nikkei Asian Review. "We didn't want to be just a regional player. We want to be a truly global player and the technology allows us to do that." 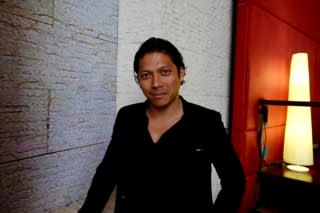 Revolution Precrafted's properties include homes, pavilions, holiday villas and retail spaces. Pre-built in factories in sections, they can be shipped anywhere in the world to be assembled on site.

The standardized designs and prefab concept has kept prices low. "Our cheapest homes come at $10,000 for 23 square meters," Antonio said.

Still, margins are around 35% per project, compared with that of conventional real estate businesses at 25%, the company says. Clients -- the company only sells to developers who can buy in bulk to secure the best deals -- will make a 50% downpayment at first.

Units are only manufactured after they have been ordered which means the company holds no inventories. Shipping fees are paid by clients. Revolution Precrafted's main costs are fees it pays to its designers and the cost of manufacturing which can be lowered by adopting robotics.

"I want to essentially have hyper growth, hyper profits and [be] asset-light," Antonio said. "Look at Uber, Airbnb. They are all global and they are all asset-light."

The 41-year-old knows a thing or two about the industry, given that his father founded the family business in real estate. Antonio was behind the development of Trump Tower in Manila, under the instruction of U.S. President Donald Trump's daughter Ivanka. The family business Century Properties has built many other luxury developments in the Philippine capital initiated by Antonio. Before that, he was also working in real estate in New York after graduating from Stanford Business School. Luxury condominium Centurion, designed by renowned Chinese-American architect I. M. Pei, in Manhattan was his brainchild.

"I wanted to be known as a self-made person. I don't want to be known just for working for the family," Antonio said. "I am knowledgeable about the [real estate] space so I wanted to disrupt the space that I was aware of."

Antonio is also known for his passion for art. With a collection of modern and post-war contemporary works, he was listed among the top 100 art collectors of the world in 2016 by art market website Artnet. "I want my company to be reflective of my personality -- art, architecture, branding, Hollywood, real estate and technology," he said.

With that background, Antonio took Revolution Precrafted into Southeast Asia's unicorn club at an impressive pace of less than two years. He now wants to become a decacorn, defined as a startup with $10 billion valuation. In terms of annual revenue, he is aiming to top $1 billion in "a few years."

He expects to exit the business "in 2021 or so" but is unsure what he will do after that. "It is not easy to come up with a $1 billion idea," he said.