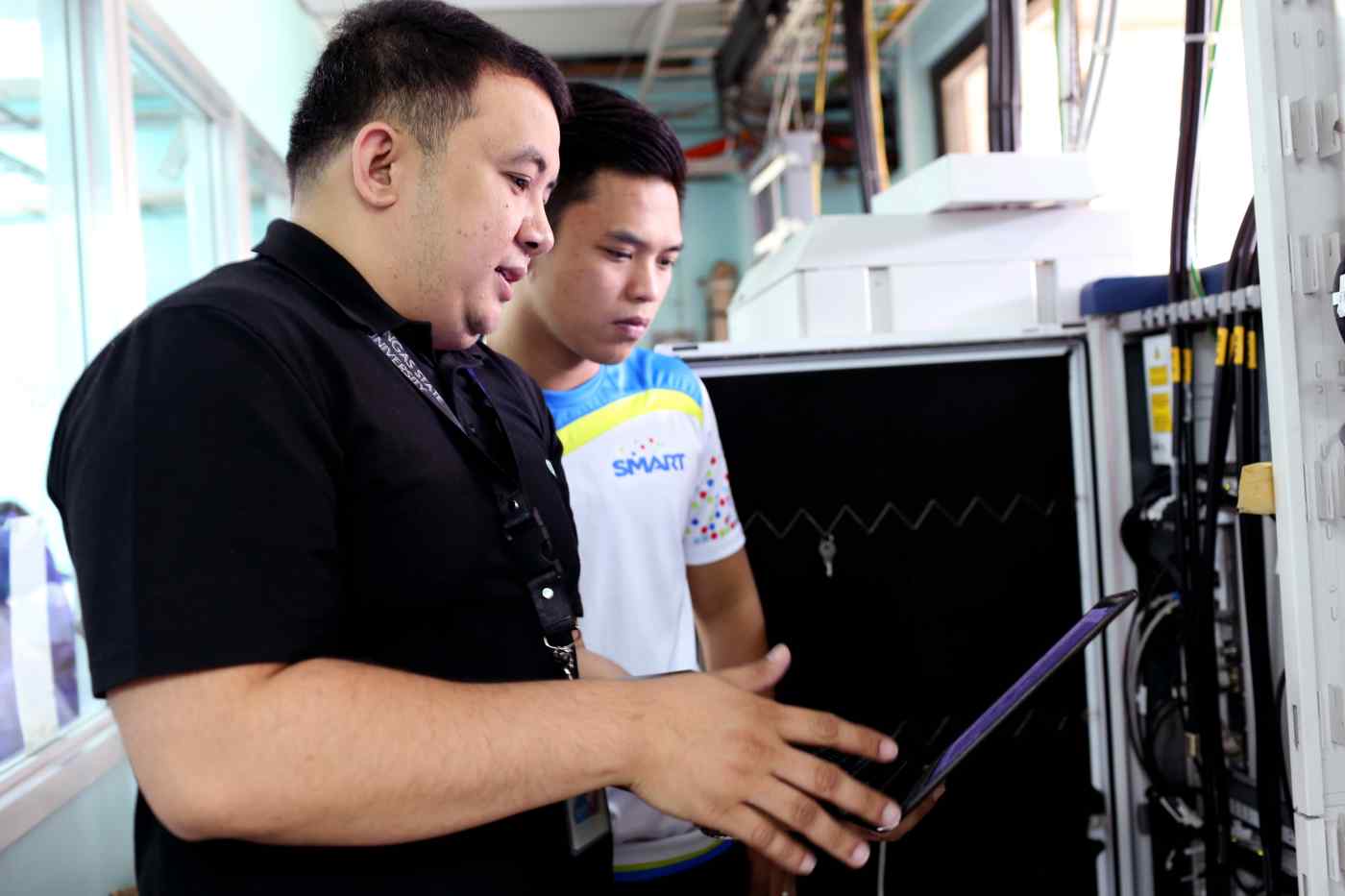 MANILA -- In 2002, Smart Communications, a wireless unit of Philippine telecom leader PLDT, was facing an exodus of engineers. Every month, an average of 75 staffers were resigning to work abroad, where salaries and benefits could be five times what they received in the Philippines.

"They were poaching an entire department," said Cynthia Capua, Smart senior academic partnership supervisor, recalling the situation 15 years ago. During that time, telecoms across the world were migrating into digital telecom infrastructure from analog, boosting demand for engineers, she said.

Philippine universities were churning out new engineers, but it took six months for graduates to be trained and ready for the job. Smart could not afford to slow down its own infrastructure rollout as competition in the country's mobile industry was starting to heat up. Electronic engineering instructors examine telecom equipment at a Smart Communications cell site as part of an immersion program sponsored by the company.

SWEEP was launched in early 2003 to make engineering students ready for jobs sooner after graduation. To do this, Smart embeds its technology and operations into a partner school's curriculum. The company has spent 95 million pesos ($1.9 million) to build laboratories and cell sites inside campuses so that students can test actual equipment. The company also trains professors and keeps them updated about the latest trends in the industry.

"Students got acquainted with Smart culture, so they were almost prepared from day one," Capua said.

Smart made it a priority to hire applicants from over 100 SWEEP-partner schools.

Capua said the length of training for new hires has been shortened to two weeks from six months and recruitment has been much easier. The company has hired nearly 1,000 engineers from partner schools.

"It addressed the manpower problem, and it really impacted our bottom line," said Stephanie Orlino, Smart senior manager for community partnerships. She declined to give figures.

SWEEP has also gone beyond addressing Smart's staff shortage. The corporate social responsibility program has also evolved along with the telecommunications landscape. And the evolution can be seen in the SWEEP Awards, a contest launched in 2004 to foster innovation among students.

At the height of the GSM mobile standard's popularity more than a decade ago, student innovation mostly centered on sensors, such as a device that detects the level of flooding in a particular area -- useful in a country that experiences around 20 typhoons annually.

One app, called QMobile, is an online queuing system, which is now being used by some BDO Unibank branches and SM Prime Holdings cinemas.

From a program that sought to address mass resignations, SWEEP has become an important aspect in PLDT's bid to become a fully digital telecom company.