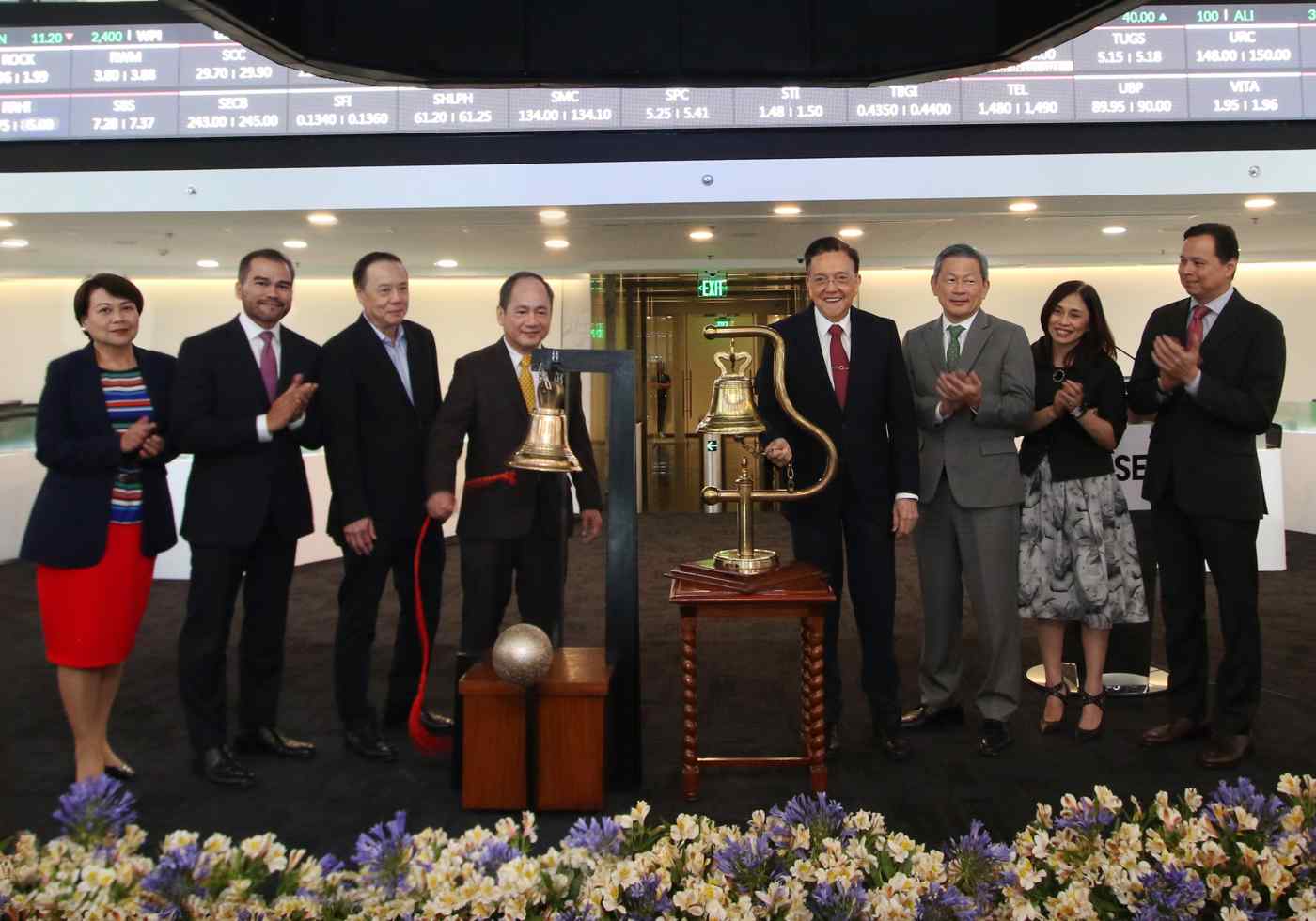 MANILA -- The Philippine Stock Exchange's bid to create a unified bourse for stock and bond trading is in danger of being scuttled, with no less than a state-backed lender moving to thwart the merger.

PSE chief executive Ramon Monzon said on Thursday the exchange was prepared to continue "business as usual" should a deal fall through, as Land Bank of the Philippines made a counter offer to buy PDS Group, which owns and runs the fixed income exchange.

Land Bank has started due diligence and has offered to buy PDS shares at 360 pesos each, 12.5% higher than the PSE's offer of 320 pesos apiece.

PSE on Thursday listed the 11.5 million new shares worth 2.9 billion pesos ($55.36 million) it sold during a recent stock rights offering. The share sale was aimed at diluting the brokers' control over the exchange, a requirement set by the Securities and Exchange Commission before it grants PSE an exemption and allows it to buy PDS Group.

Under the securities regulation code, no single entity and industry group can own stakes of over 5% and 20% respectively in an exchange, to avoid abuses that could harm the investing public. Brokers' ownership in PSE will fall below 20, following the share sale and once dormant brokers' franchises are cancelled, from around 28% prior to the share sale.

PSE had planned to acquire PDS in 2013, but the SEC rejected the move in March 2016 due to its ownership breach and lack of clear business plan for the unified stock and fixed income exchanges.

A failed merger could hamper the goal of PSE, one of the smallest exchanges in the region, to be a more competitive bourse. The company has said a single exchange could result in lower fees and more products and services being offered. Other markets in the region, such as Malaysia and Singapore, already run a single bourse for stock and bond trading.

The merger plan was revived in late 2016 under the new administration of President Rodrigo Duterte. The Philippine Competition Commission, the antitrust watchdog, gave its greenlight last year. However, delays in PSE's efforts to fix its ownership structure irked Finance Secretary Carlos Dominguez, who has backed Land Bank's investment in PDS.

"The development of the capital market is being slowed down by the PSE's inability to be compliant with the law," Dominguez was quoted as saying by the Philippine Daily Inquirer in January. "The Duterte administration will no longer tolerate private institutions thwarting the goal of achieving a robust and inclusive financial system."

Dominguez, who also chairs Land Bank, has said PDS is profitable and the government may use it to "promote the use of bonds for medium industries to tap the capital markets," according to local media.

Monzon said PSE has forged a share purchase agreement with shareholders controlling 72% of PDS, but those agreements will lapse on March 31, creating an opening for Land Bank.

The PSE chief ruled out making a counter-offer to Land Bank. "We don't want to engage government in a bidding war," he said.

PSE was still interested in creating a single bourse for stocks and bonds, he said. "We still want them to unify, but I don't know, look at the development," he said. "Obviously, Land Bank is pursing it and that is not a unification."