What became of Sansui, Nakamichi, and Akai? 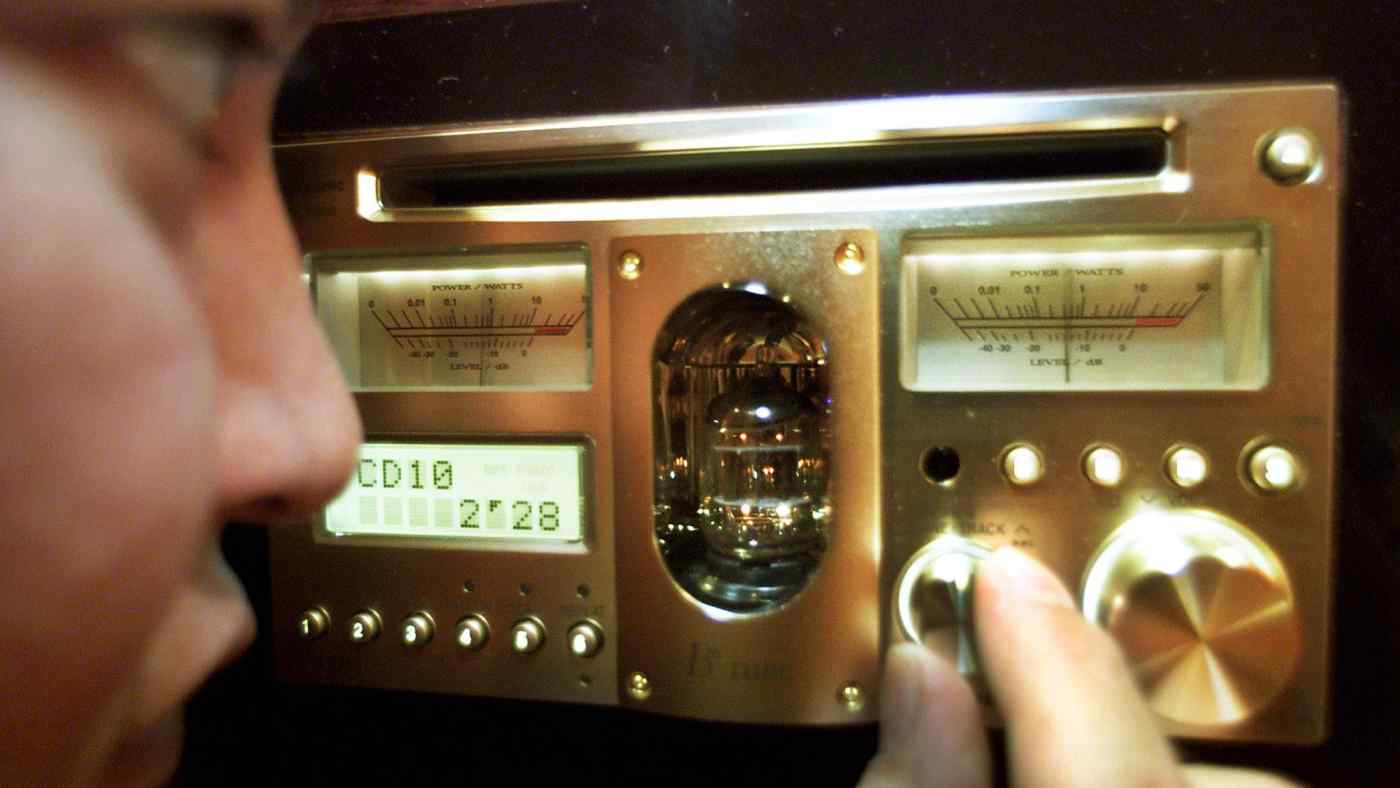 Nostalgia for the golden years of radio: An early 2000s revival of the vacuum tube in a car stereo from Japan.   © Reuters
AKANE OKUTSU, Nikkei Staff WriterSeptember 23, 2018 14:01 JST | Japan
CopyCopied

TOKYO -- Pioneer, an ailing company that was once among Japan's best known makers of audio equipment, offers a case study in the difficulties faced by audio brands that flourished in the analog era.

Pioneer pulled out of the audio businesses in 2015, selling its assets to Onkyo, another Japanese maker of audio gear, and U.S. private equity fund Kohlberg Kravis Roberts. Its plans to move into the automotive equipment market went awry as it failed to adapt to the trend toward connectivity and the need to market to manufacturers rather than consumers.

Pioneer is just one example of a company that has struggled since its 1980s heyday as the audio boom fizzled and the industry went digital.

Denon and Marantz, two other big names, merged to form D+M Group, which is now under the U.S. company Sound United. Kenwood merged with Victor Co. of Japan to form JVC Kenwood and concentrate on car navigation systems.

Sansui Electric, a well-known maker of high-end stereos, went out of business in 2014. It suffered as its revenue fell 91% from 52.5 billion yen in 1984 to 4.6 billion yen in 1999, according to Tokyo Shoko Research. Sansui's sales had shriveled to just 40.4 million yen by 2010, after it shifted its focus to servicing its old products.

Sansui shares, along with those of two other Japanese audio equipment makers, Akai and Nakamichi, fell into the hands of various investment funds after years of financial difficulties.

The three brands were among the stable of established names assembled by Hong Kong businessman James Ting in the 1990s. The collapse of Ting's Akai Holdings during the Asian financial crisis was followed by years of criminal and civil litigation over whether Ting had improperly transferred ownership of the Japanese brands to Grande Holdings, a company founded by Macau casino tycoon Stanley Ho. Ting went to prison and Grande itself went into bankruptcy in 2011.

Chinese businessman Tan Bingzhao assumed control of Grande last year, renaming the company Nimble Holdings. Tan, president of developer Guangzhou Nimble Investment, has had his own share of controversy. He was reported in 2014 to have fled to New Zealand, where he had acquired citizenship, to dodge investigators who were looking into corruption allegations against Guangzhou's vice mayor.

Hong Kong-listed Nimble Holdings had revenue of 51 million Hong Kong dollars ($6.5 million) for the fiscal year ended March 31 from licensing its three Japanese brand names to manufacturers, who pay the company a fee of 2% to 6% of gross sales, according to Nimble Holdings' annual report. It took in HK$57 million in licensing fees from January 2016 to March 2017.

In Japan, consumer product maker Doshisha has the right to manufacture and sell under the Sansui brand. Its products include home audio systems and speakers, but its factories and technicians are not those of the original Sansui. Other companies also manufacture and distribute Sansui, Akai and Nakamichi products under license.

Akai's electronic musical instrument spinoff, Akai Professional, was sold to U.S.-based inMusic Brands, which makes and sells products such as the MPC drum machine and keyboards.

While a number of Japanese companies did not survive the downturn in the audio business, most of their brands did. But many of the products now sold under those labels bear little resemblance to their earlier namesakes. Pioneer's CEO Koichi Moriya told Nikkei that he will not "resort to temporary measures," as he looks to avoid the fate of his former rivals.