Robots carry on legacy of craftsmanship at little-known Kisarazu plant 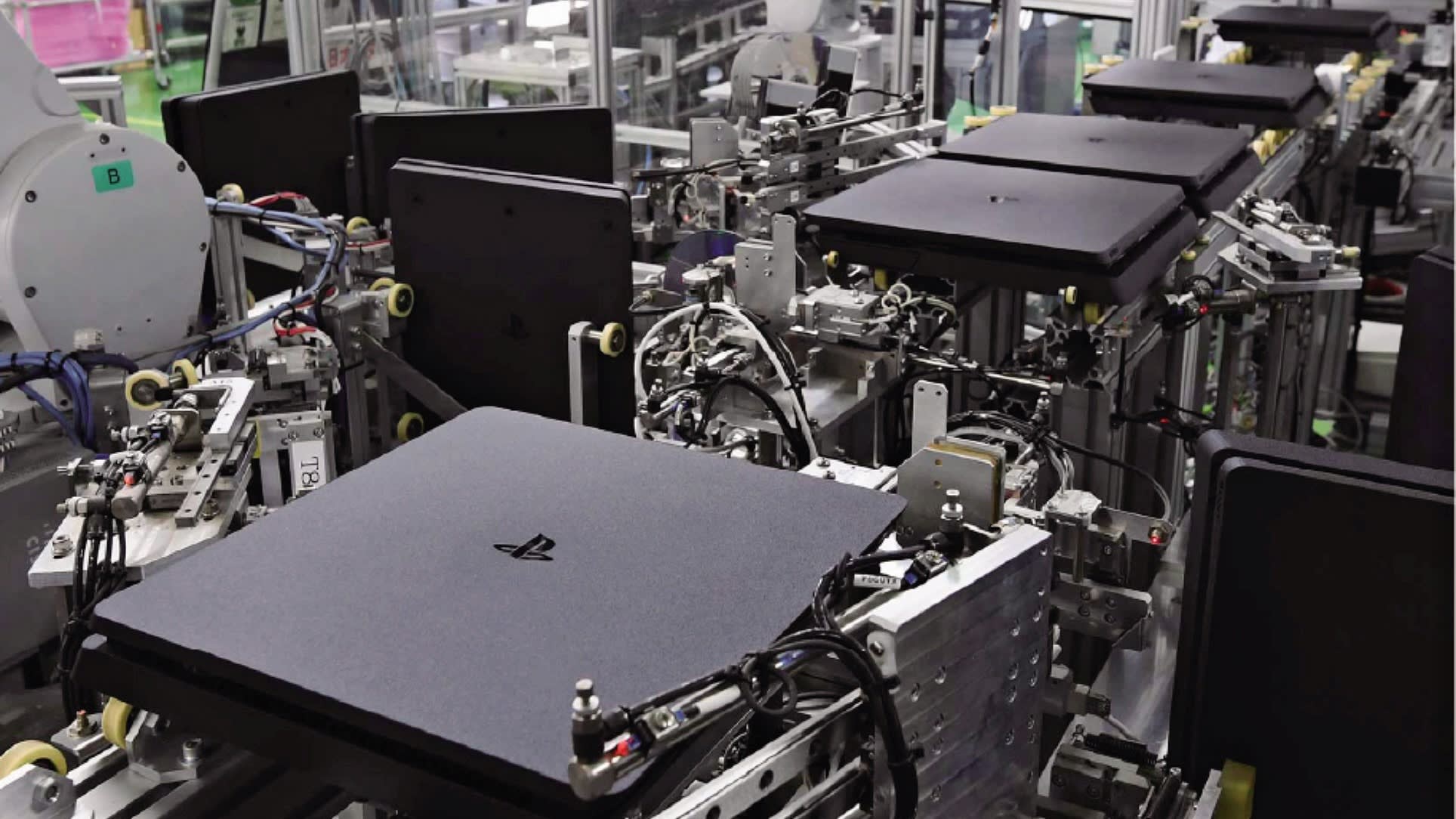 PlayStation 4 units come off the assembly line at a pace of about one every 30 seconds. (Photo by Kento Awashima)
YUJI NITTA, Nikkei staff writerJuly 4, 2020 11:58 JST | Japan
CopyCopied

TOKYO -- Sony's PlayStation has won hundreds of millions of fans across the world since its launch in 1994. But few know just how much of the console's success can be attributed to an unassuming factory located just across the bay from Tokyo. (Click here for a graphic-rich version of this article.)

On the outskirts of Kisarazu, a large, white building towers over an otherwise suburban landscape. Once inside, visitors are greeted by the whirring of motors as dozens of robots seamlessly churn out PlayStation 4 consoles.

Just a few humans were present to deal with a handful of tasks -- two to feed bare motherboards to the line, and two to package the finished consoles.

But the actual assembly is done entirely by articulated robots, supplied by Mitsubishi Electric. The 31.4-meter line, completed in 2018, has the ability to churn out a new console every 30 seconds.

The Kisarazu plant is operated by Sony Global Manufacturing & Operations, or SGMO, the group's manufacturing arm. The unit has worked with video game unit Sony Interactive Entertainment to bring cutting-edge technologies to the facility. One of the plant's crowning achievements is the use of robots to attach wires, tape and other flexible parts to the consoles. Twenty-six out of 32 robots at the Kisarazu plant are dedicated to the task, deftly handling materials most robots would find too finicky.

For example, attaching the flexible flat cable -- a tape-like electrical cord -- requires one robot arm to hold up the cable and another to twist it. The cable then needs to be attached in a specific direction using just the right pressure, which may seem simple for a human but is an extremely complex maneuver for robot. 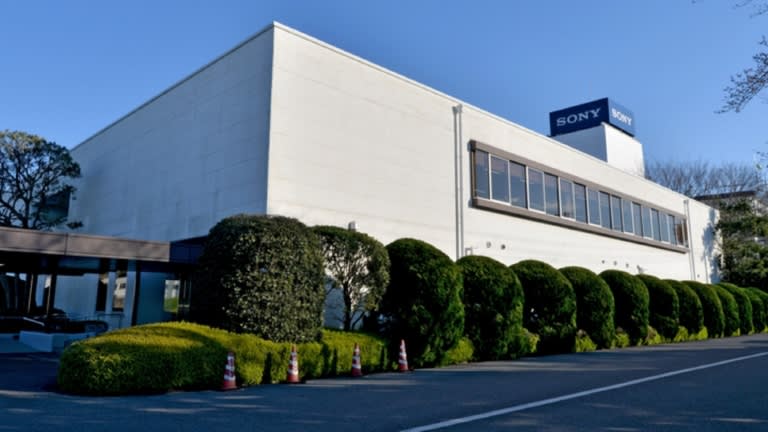 This factory in Kisarazu, across Tokyo Bay from Japan's capital, has manufactured PlayStation devices since the first model debuted in 1994. (Photo by Kento Awashima)

"There's probably no other site that can manipulate robots in this manner," said an engineer. Every process -- all the way to final packaging -- is automated. The blend of robotic and human labor is painstakingly optimized with a priority on return on investment. 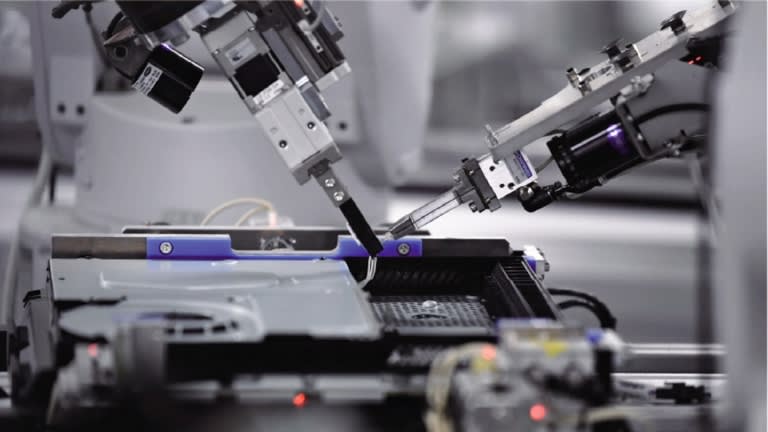 The focus on productivity traces its DNA back to the original PlayStation that came out in Japan in December 1994. Teiyu Goto, the designer of the original console, concentrated on crafting a gaming system that lends itself easily to mass production.

Goto reportedly pushed the engineers at the Kisarazu site to improve productivity. The refined production tech was then transferred to contract manufacturers. 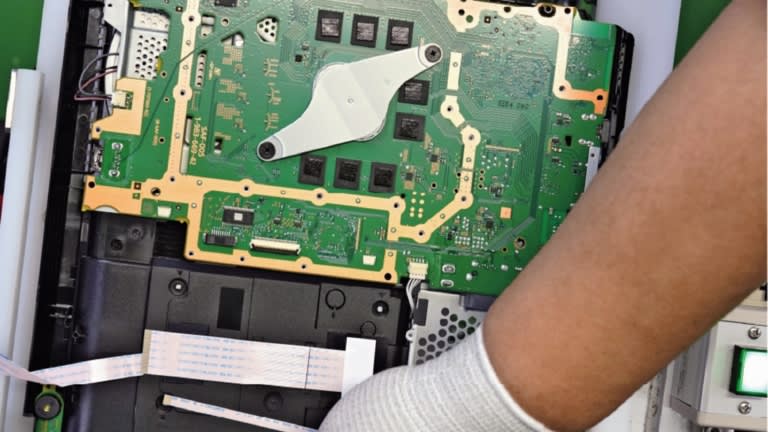 When a console nears the end of its marketable life, the model will inevitably fall victim to declining sales and price competition. Production lines are able to maintain profitability thanks to constant improvements.

The PlayStation 4, released in November 2013, has sold over 100 million units during its lifespan. Paid network service subscribers span 41.5 million people. A robot arm grabs PlayStation 4 units from the assembly line and places them on a platform for testing. (Photo by Kento Awashima)

The 10 trillion yen ($93 billion) in sales and 1 trillion yen in profits generated by the PS4 underpinned the structural reforms introduced by Kazuo Hirai, who served as president and CEO from 2012 to 2018. The console now forms the center of the new Sony, along with film, music and other content.

Engineer Ken Kutaragi, dubbed the father of the PlayStation, championed the device despite pushback from other executives. Twenty-five years later, the series has become the poster child for Sony craftsmanship.

But there is no guarantee of future success. Although the PS2 was a hit when it was released in 2000, when the PS3 came out in 2006, it gave up market share to the Microsoft Xbox. Unlike in the past, the next decade at Sony Group will depend on how well the PS5 is received when it is expected to hit shelves this holiday season.